Extinction Rebellion holds streets and bridges across the world – live

Updates, tips or contributions? Email us on [email protected] or tweet us @climatehome. 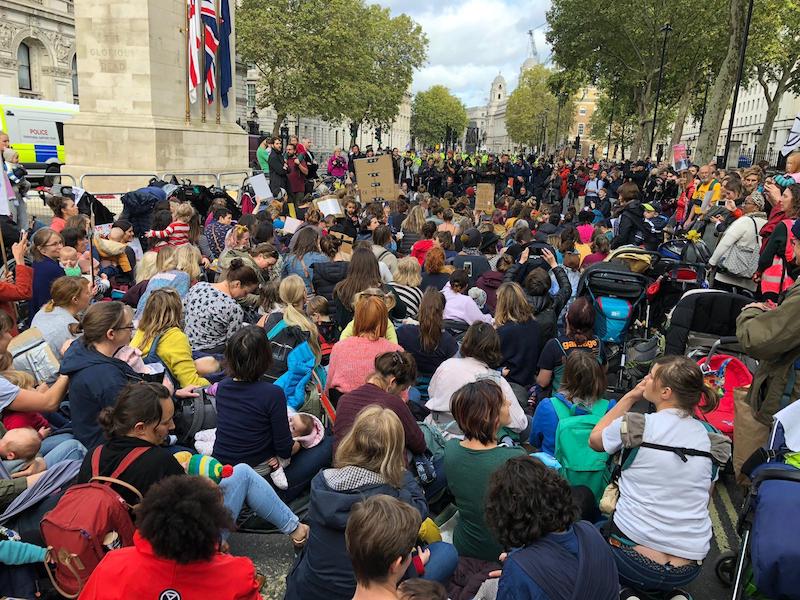 Mothers and their babies on the street in London (Photo: Claire Wells)

#SEIZED | Officers have seized many tonnes of equipment and structures that protestors had intended to use to cause huge disruption.

We carried out proactive operations before the protest began and continue to remove equipment to ensure disruption to London is kept to a minimum pic.twitter.com/5RXXFGm15Q

As of 2.30pm GMT, at least two bridges in the centre of Berlin (Jannowitzebrücke and Marschallbrücke) remained held by protesters.

“Many rebels use lock-ons which need to be cut open by police. This is what mainly holds the blocks,” David Weidner, from Frankfurt who has been protesting since Monday, told CHN. Protesters who do not wish to be tied on to the bridge offer support.

The country’s XR chapter put out a release on Wednesday with a deviation from the movements’ normal three demands (see below). XR France have added a fourth item asking for “an immediate end to the destruction of ecosystems in in the oceans and on land”.

The group called “on all French citizens to come and join us Place du Châtelet in Paris [where] rebels and supporters of XR have laid the foundations of a direct democracy and put into place citizens assembly”.

Extinction Rebellion UK has raised more than a quarter of a million pounds from crowdfunding donations since Sunday, the group told CHN.

The response to a funding push, launched on Tuesday, crashed the XR website for around three hours, said Alice Browne, a spokesperson for the movement. 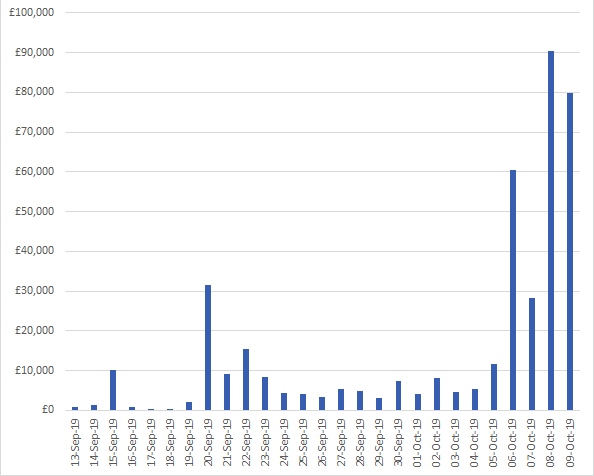 But the group remains in need of further support after police have confiscated equipment and targeted deliveries to the group in London’s city centre, Browne said: “We would like to explain to potential donors that we are still in need of donations. Rebels on the ground need food, tea, coffee, blankets, waterproofs, etc. This will help us keep the rebellion going for longer.”

Two other crowdfunding pushes are being used to resource groups around the world and its legal defence team. For more info on how the group is funded, they have shared this document with CHN.

In the land of sun and coal, where both government and culture has shown an increasingly authoritarian bent in the past 12 months, the discourse around Extinction Rebellion has been marked by calls for exceptionally harsh treatment of the protesters.

Across the country, state governments are scrambling to introduce laws that target XR’s primary tactics of blocking roads and attaching their bodies to stationary objects with tougher penalties and increased fines.

“Put them in jail and forget to feed them,” she said, before reframing the comments as a “joke”.

Arrestees in Sydney were issued with bail conditions that restricted them from associating with any other XR members or entering the city centre. Civil liberties groups called the measures “absurd”.

Meanwhile a veteran campaigner with major environment group the Wilderness Society raised concerns XR was increasing polarisation and worried that they had misread the swerve to the right the country has taken.

This highlights the challenge XR’s more aggressive tactics pose for traditional lobby groups. Lest it be forgotten that XR’s first public action was to occupy the Greenpeace offices in London to accuse them of losing their way.

Former Greens leader and long-time associate of TWS Christine Milne tweeted that it spelt the end for the campaign group.

The fall of TWS. https://t.co/YEwZvRp0ds

After holding the site for 58 hours, the last activists left the main occupation site of Siegessäule, located in the German capital’s central park.

As of 12.30pm, the Marshall bridge, close to the Bundestag, was still held and activists had also flocked to Jannowitz bridge. Most sites, however, have been cleared by the police.

“Still, the mood amongst rebels is comparably good and cooperation with police is very positive,” David Weidner, an activist who has been protesting since Monday, told CHN.

“Time is running out, and we need action at an unprecedented scale. We are facing threats of climate breakdown – the response that we’re seeing from Extinction Rebellion and young climate strikers around the globe should come as no surprise,” she said, adding that XR was building on the momentum for action with “peaceful protest and nonviolent action”.

“We share their concern for the future of humanity, and we must push forward with courage and ambition to change the status quo that has generated this crisis,” Hidalgo told the audience of mayors and city representatives. More than 70 mayors from some of the world’s largest cities are gathering in Copenhagen for the four-day summit to commit to more ambitious climate action.

Extinction Rebellion protesters are starting their third day of occupation of the Châtelet square in central Paris after holding on to the camp for a second consecutive night, despite the rain. Amongst the tents, a number of events are taking place throughout the day with a programme of talks, meditation, yoga and massage.

Located at the heart of Paris, the occupation of the square means a number of major roads going through the French capital are being blocked. There has so far been no police intervention to remove protesters – something which has come as a surprise for some  given the heavy-police response to XR protesters blocking a bridge in Paris last June.

Others have suggested the police are “very annoyed” at the situation but are wary to dislodge protesters without causing more disruption in the heart of the city.

Speaking to France Inter on Tuesday, former French environment minister Ségolène Royal, called for the XR protests to be repressed.

“There is an instrumentalisation of ecology by these violent groups and we need to repress them very quickly because… it threatens to discredit all actions that are pro-environment that could end up being associated with this kind of aggression and violence,” she said.

“I don’t think these are very seemly comments for a PM to be making” says Rupert Read of Extinction Rebellion, after the PM branded the climate protestors “crusties”

Anonymous extinction rebellion units executed a non violent coordinated action upon the facade of the Colombian environment ministry @MinAmbienteCo. Rebels report inconsistencies between what the president @IvanDuque Ivan Duque declared at the UN about Colombia’s pic.twitter.com/VlDrbKpLQ4

As Extinction Rebellion’s October action enters its second day, CHN will keep you up to date with all the major developments. Bookmark this site.

Read our coverage from Monday here.

The story so far…

Trafalgar Square, 11.25am on a Tuesday morning