A proposed levy of €1.50-18 on each outbound flight comes as part of a climate strategy, with France pushing the EU to follow suit 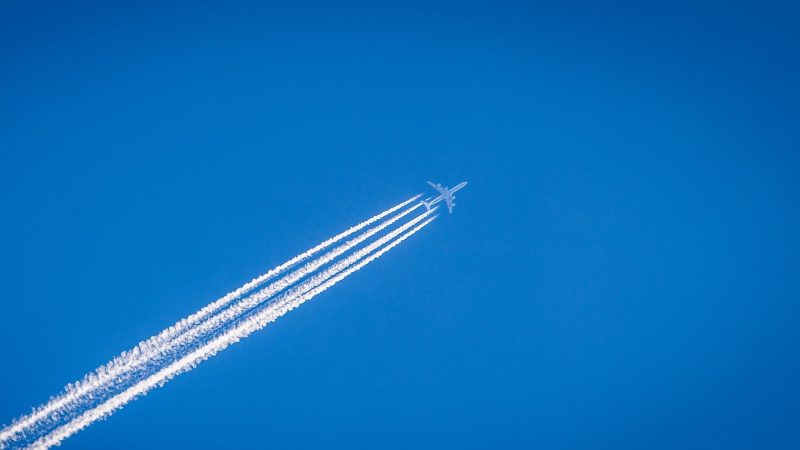 France plans to introduce a tax on passenger flights from 2020 to make aviation contribute to tackling climate change, the government announced on Tuesday.

Under the plan, plane tickets will be taxed for all flights departing from France, except those to Corsica and France’s overseas territories. Transit flights are exempt.

It will add €1.50 ($1.68) to the cost of a plane ticket in economy class within the European Union and €3 to an economy ticket outside the EU. In business class, the levies will be €9 and €18 respectively.

Transport minister for the ecological transition Elisabeth Borne told reporters taxing flight tickets was nothing new, citing air passenger duties in the UK and Germany. She added that Sweden and the Netherlands were considering a similar eco tax on flight tickets.

The government expects the tax to raise €182 million ($204m) to fund investments in green transport infrastructure, including the rail network.

Gilets jaunes: ‘We were ecologists before the capitalists’

It decided to pursue an aviation tax at a meeting of the Ecological Defense Council, which was set up in response to yellow vest protests against rising living costs.

The yellow vests or “gilets jaunes” movement was triggered by opposition to a tax hike on diesel, which protesters said created an unfair burden on the car-dependent poor. Rich people taking the plane for a weekend break were not subject to the same tax, they complained.

Pascal Canfin, an MEP for French president Emmanuel Macron’s party and the former director of WWF France, welcomed the “good news“, describing “a strong decision which was not won in advance”.

Campaigner Andrew Murphy of Brussels-based NGO Transport & Environment tweeted that the levy was “a good first step” but should be hiked and backed up by policies to cut aviation emissions.

The announcement comes as France, together with the Netherlands, is pushing for the EU to adopt a bloc-wide tax on air travel in the form of a levy on fuel or passenger tickets. At a meeting of EU finance ministers last month, they noted aviation was one of the fastest growing sources of greenhouse gas emissions.

France’s minister for the ecological transition, François De Rugy, said his government “continued to lead the fight within the EU for aviation to contribute further to efforts to reduce greenhouse gases”.

He added that the decision came “in support of and gives credibility to France’s approach at the European level, for which we must seek the broadest coalition”.

De Rugy added that exchanges which the aviation industry in France had shown that the sector was “ready to propose solutions to reduce greenhouse gas emissions”.