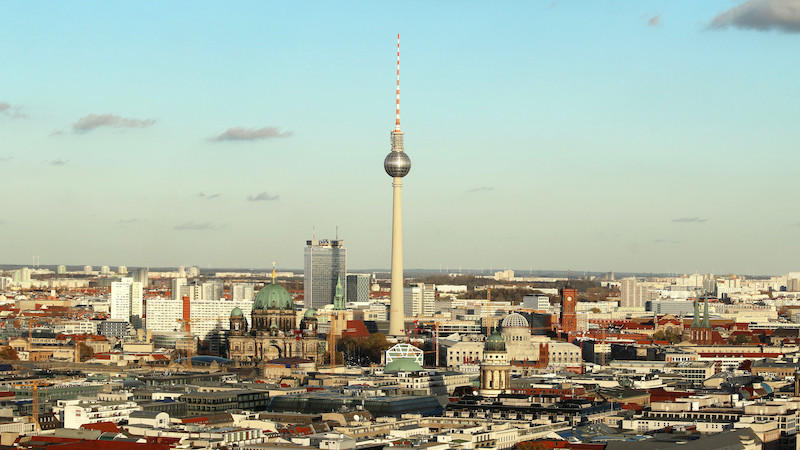 Germany has set a carbon neutrality goal for buildings of 2050, meaning retrofitting programmes will be needed in cities such as Berlin (Photo: Nordenfan/Commons)

Finland, Sweden, Portugal, France and Germany are often seen as “climate leaders” when it comes to setting ambitious carbon reduction objectives for 2050. However, they lack concrete measures to achieve them, according to new analysis published on Thursday.

Last month, the European Commission issued its recommendations on the draft national energy and climate plans (NECPs) submitted by the 28 EU member states to achieve their 2030 objectives.

But “while the plans include ambitious goals, they lack concrete policies and measures to deliver on the promises,” according to new research by the PlanUp project coordinated by Carbon Market Watch, an environmental NGO.

Finland, Sweden and Portugal in particular were praised for their “overall high ambition” when it comes to setting long-term energy and climate goals. But deeper analysis “reveals a lack of details and quantifiable expected results with regard to policy measures in the transport, buildings and agricultural sectors,” said Carbon Market Watch.

The NGO’s analysis is hardly surprising. In fact, it largely corroborates the European Commission’s own findings. When it issued its recommendations last month, the EU executive identified “substantial” gaps in the draft national plans – particularly when it comes to energy efficiency – and urged all EU countries to submit improved versions before the end of the year.

On transport, the five draft national plans were generally praised for addressing issues such as light transport, biofuels and electro-mobility. “However, they largely fail to recognise the importance of tackling emissions from heavy-duty transport, shipping and aviation,” according to the analysis by the PlanUp project.

The building sector, responsible for 40% of energy consumption in Europe, was also neglected. Even though buildings are addressed in all of the five plans, they fall short, “especially when it comes to planning for deep renovation rates and energy efficiency improvements”. Germany stood out in this area however, because it set goals to achieve carbon-neutral buildings by 2050.

Agriculture is the other sector where the five countries were found to be missing the mark. With the exception of France and Portugal, “agriculture is again largely omitted” from the draft national plans, the analysis said, even though it has significant potential to contribute to carbon reduction efforts.

Finland’s forestry sector comes under particular scrutiny in this regard. Although the country won plaudits for setting an ambitious goal of reaching carbon neutrality by 2035, the current EU Presidency holder plans to rely heavily on surplus carbon credits from forestry to compensate for greenhouse gas emissions in other sectors.

“Finland’s commitment to becoming carbon neutral by 2035 is very promising,” said Agnese Ruggiero, policy officer at Carbon Market Watch. “Yet, relying on policy loopholes to reach climate goals is dangerous because it means that targets are met on paper but not in practice,” she said in a statement.

“The final plan is an opportunity for the new government and the current EU Presidency holder to live up to its claims to lead on climate by committing to concrete measures in sectors such as transport and agriculture,” Ruggiero said.

A final area where all plans seem to be falling short is public involvement. While Finland and Sweden held public consultations to draft their national plans, France, Germany and Portugal failed to involve interested parties and the general public.

“A more transparent process…would ensure greater support and commitment from all parties involved,” the NGOs said.

EU countries have until the end of the year to submit revised versions of their draft national energy and climate plans (NECPs).

This piece was originally published on CHN’s media partner Euractiv.