Data showing increase was released late, in defiance of a senate order, but leaked to a major newspaper, leading to accusations of contempt of parliament 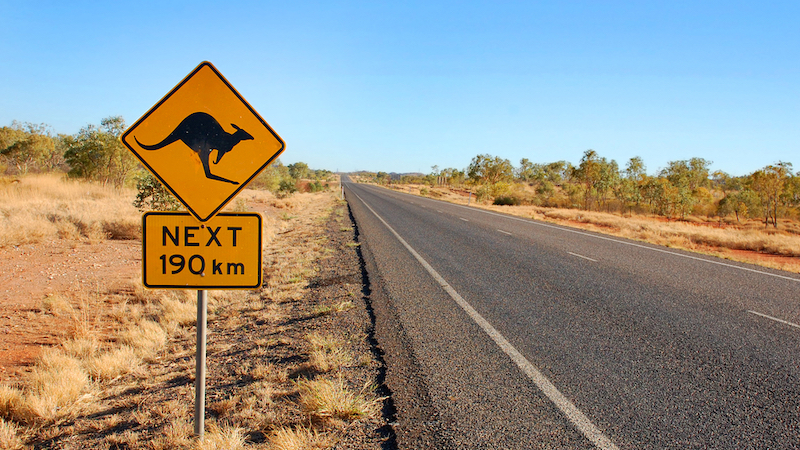 The road to Australia's Paris targets is long and getting longer (Photo: DepositPhotos)

Emissions in Australia are rising, and experts warn that the current government has no policies to stop them.

The quarterly update of Australia’s greenhouse gases, which span December 2018 to March 2019, showed a 0.7% hike in emissions. Save for agriculture and electricity, all sectors were up. Pollution from the manufacturing, construction and commercial sectors and domestic heating shot up by 6%.

The figures were released five days past their due date, despite a senate order calling on the government to meet the deadline. But before they were made public, the data did appear alongside an interview with energy and emissions reduction minister Angus Taylor in The Australian.

Energy and emissions reduction minister Angus Taylor told the newspaper, which is owned by Rupert Murdoch, that the country was on track to honour its Paris Agreement target of 26 to 28% below 2005 levels by 2030. He has previously said this would be done “in a canter”.

Data published by the Department of Environment and Energy in December, however, showed that the country was on course to reduce its emissions by 7% by 2030. Shadow minister for climate change and energy Mark Butler simply dismissed Taylor’s comments as “a lie”. 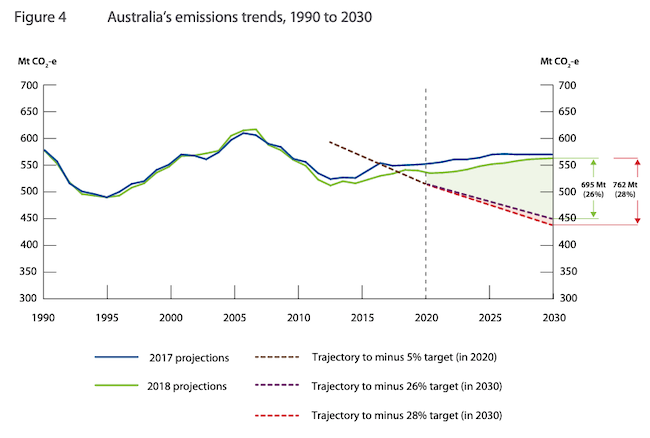 Deputy leader of the Australian Greens Adam Bandt said: “The minister has continued with his contempt of the parliament, seemingly dropping the pollution figures to the Murdoch media before making them public.”

“We wouldn’t accept the government selectively dropping the regular unemployment figures to its favourite media outlet. This pollution data needs to be released promptly, regularly and transparently,” Bandt said.

It continues a trend of rising emissions since 2016, making the Paris target increasingly difficult to achieve, experts warned.

“The fact that we haven’t made a big dent in it, is very, very worrying,” climate analyst Ketan Joshi told Climate Home News. “We have made reductions in our electricity sector, a lot of that comes down to technologies such as wind and solar. That is often framed as us on the way to meeting our Paris target, but of course that’s just one sector of Australia’s emissions.”

Head of the climate and energy programme at the Australia Institute think tank Richie Merzian told Climate Home News the newly released data also cemented the failure of one of the government’s key policies to combat climate change: the Climate Solutions Fund.

The fund, which incentivises emissions cuts rather than penalising polluters, has been “insufficient in terms of the reductions that were supposed to flow from the abatement purchase”, he said. In April, the Coalition government axed the fund further, opting to spread $2bn over 15 years rather than 10 years.

“So their plan is to do less of the same, and that plan has failed today and will continue to fail.” The government has said it intends to meet the Paris target using credits won in the era of the Kyoto Protocol – a measure most countries have ruled out.

“Even with Australian government planning to use its credits from Kyoto, it will still fail,” said Merzian.

The government’s delayed release of the figures comes amid growing awareness on climate change in Australia. A poll by the Australian Broadcasting Corporation found that the environment ranked a top issue for 29% of participants, up by 9% in the 2016 election.