China promotes ‘green’ belt and road, but is pressured over coal investments

More than 30 heads of state arrive in Beijing to court its massive outward investment plan, but the UN chief and others warn the investments must be sustainable 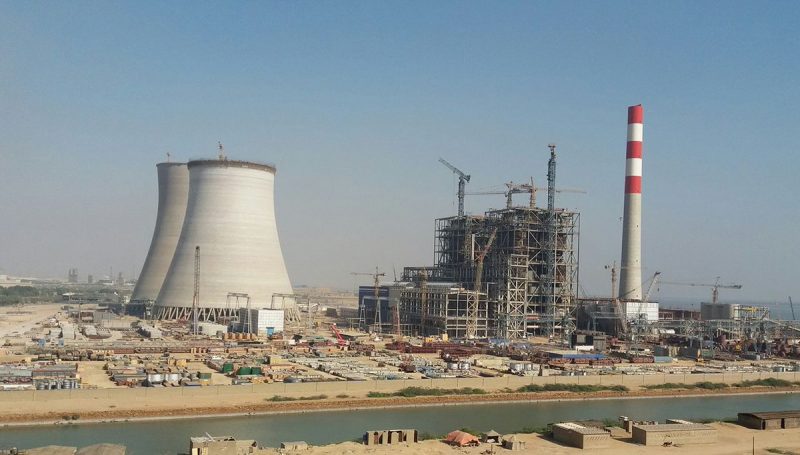 Port Qasim coal plant, Pakistan, is one of many financed by China worldwide (Pic: twitter/Developing Pakistan)

China launched an “international green development coalition” on Thursday, in the face of growing concern about its coal investments.

The environment ministry hosted an event on the “green belt and road” as part of a leaders’ summit in Beijing to promote Chinese investment in partner countries.

According to the official progress report on president Xi Jinping’s flagship foreign policy: “The Belt and Road Initiative pursues the vision of green development and a way of life and work that is green, low-carbon, circular and sustainable. The initiative is committed to strengthening cooperation on environmental protection and defusing environmental risks.”

However, China’s energy investments abroad continue to favour coal, threatening to blow the global carbon budget. More than 30 heads of state are due to attend the summit, including from countries with shared coal, oil and gas interests such as Russia, Indonesia and Pakistan.

The test is whether China will require its belt and road projects to meet international standards, in line with the Paris Agreement on climate change, said Greenpeace China climate expert Li Shuo.

“China is certainly becoming more conscious about the criticisms around president Xi’s diplomatic initiative, particularly the environmental impacts of some of the Chinese projects,” said Li. “Now comes the hard part – will any substantive progress be made at the policy level?”

China is financing 102 gigawatts of coal power capacity outside the country, 26% of the total under development, according to green think tank the Institute for Energy Economics and Financial Analysis. It has become the “lender of last resort” for projects western banks deem too risky.

Investment in renewables grew in 2018, US-based campaign group NDRC noted, but was still dwarfed by support for fossil fuels.

“There is a huge potential for renewable energy in these partner countries, but then they don’t have great policy set-ups for renewables,” NRDC energy policy expert Han Chen told Climate Home News.

In a commentary for the Jakarta Times, campaigner Pius Ginting criticised the Indonesian government for seeking investment in four coal power plants instead of cleaner hydroelectric projects.

An opinion poll of six key emerging economies commissioned by UK-based thinktank E3G found a strong preference for renewables over fossil fuels. In Pakistan, 61% of respondents said renewable energy was a better investment for development in the long term, rising to 89% in Vietnam.

In these and Turkey, Indonesia, South Africa and the Philippines, solar power was seen as top priority. Coal had some positive associations, most strongly in Pakistan, where 41% said it created jobs, but in the rest of the countries polled these were outweighed by pollution concerns.