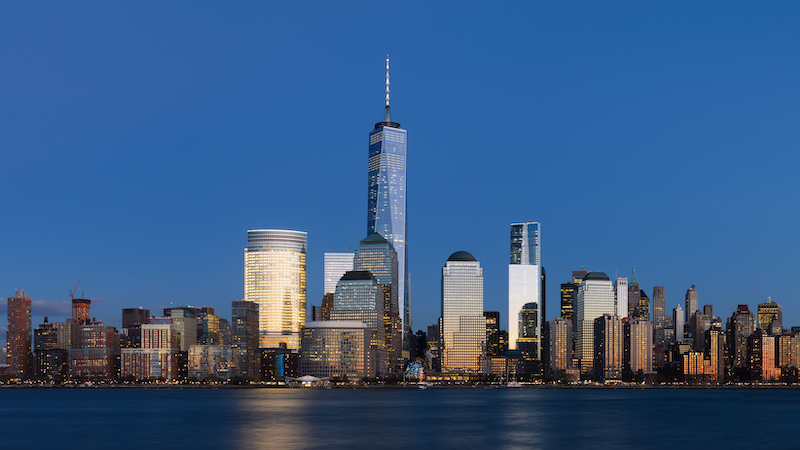 New York's iconic skyline will be subject to major retrofitting under a new programme announced on Monday (Photo: King of Hearts/Wikimedia Commons/CC-BY-SA-3.0)

Washington state will run completely on carbon neutral power by 2030 and New York City will spend $14bn on cutting its footprint, their governments announced on Monday.

New York mayor Bill de Blasio unveiled a raft of proposals in a bid to cut greenhouse gas emissions by nearly 30% by 2030, the deadline set by UN scientists to limit warming to 1.5C.

“Every day we wait is a day our planet gets closer to the point of no-return. New York City’s Green New Deal meets that reality head on,” said de Blasio. “We are confronting the same interests that created the climate crisis and deepened inequality. There’s no time to waste. We’re taking action now, before it’s too late.”

The New York programme, dubbed OneNYC 2050, sets out to achieve carbon neutrality and 100% clean energy by 2050 by modernising the city’s buildings, transport, and boosting clean energy. In a global first, New York City will be ordering all existing buildings of 25,000 square feet or more, of which there are 50,000 across the city, to carry out energy upgrades in a bid to slash their emissions. Buildings account for 70% of the city’s carbon pollution. The plan bans inefficient all-glass constructions, many of which have defined the city’s iconic skyline. Such buildings will have to meet strict conditions to be built in future.

Moreover, the city’s administration will seek to power its operations from 100% clean energy by connecting the city to zero-emission Canadian hydropower. The entire raft of packages, which includes both new and already committed cash, will cost $14bn.

Cities and states in many parts of the US have been developing their own climate plans, spurred in part by the Trump White House’s efforts to undermine action to tackle the problem.

“We don’t have the benefit of a federal government to lead the way and we can’t wait for this president to wake up. It’s on us to make radical change,” said de Blasio.

Westward, the Washington state senate passed its own clean electricity legislation, which requires 100% of the state’s electricity to be carbon-neutral by 2030 and carbon-free by 2045. The bill, which has already passed the house, also requires state utilities to phase out coal power by 2025.

“Washingtonians should be proud of their state’s climate leadership,” Mark Specht, an energy analyst at the Union of Concerned Scientists said. “As climate impacts increasingly affect the state’s forests, fisheries, coastlines and air quality, there is no time to waste to enact widescale, impactful change that will reduce carbon emissions. This bill will transform the state’s power grid and set a global example.”