South Louisiana is experiencing the effects of coastal erosion faster than almost anywhere in the world, losing a football field-size piece of land every 100 minutes.

It is projected that by 2100, much of South Louisiana will be under water. As we continue to feel the effects of global warming over the next 50 years, architecture and infrastructure will become the foundation for life along the Louisiana coast. 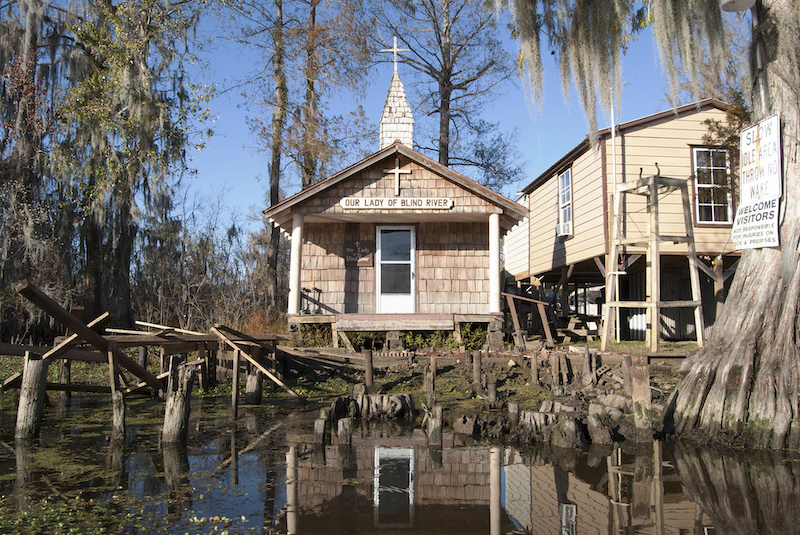 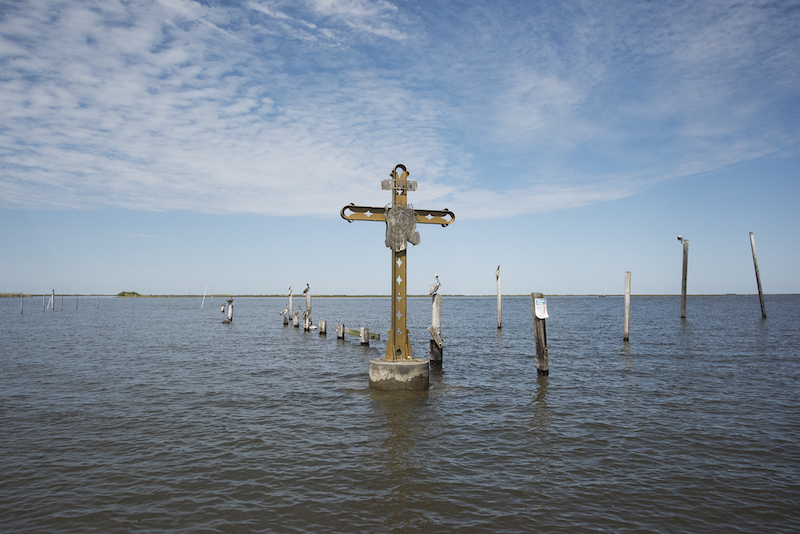 Memorial for the victims of Hurricane Katrina on the Mississippi River Gulf Outlet (MRGO), Shell Beach 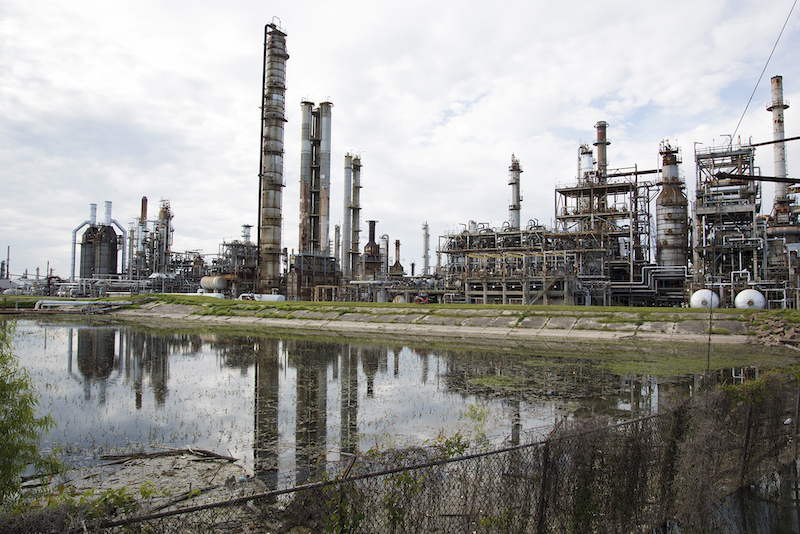 In an attempt to combat rapid sea level rise, state policies mandate the elevation of certain homes below sea level. Residents of these lowlands have had differing capacities to implement the forced structural changes. Some build up, others float and some move away. 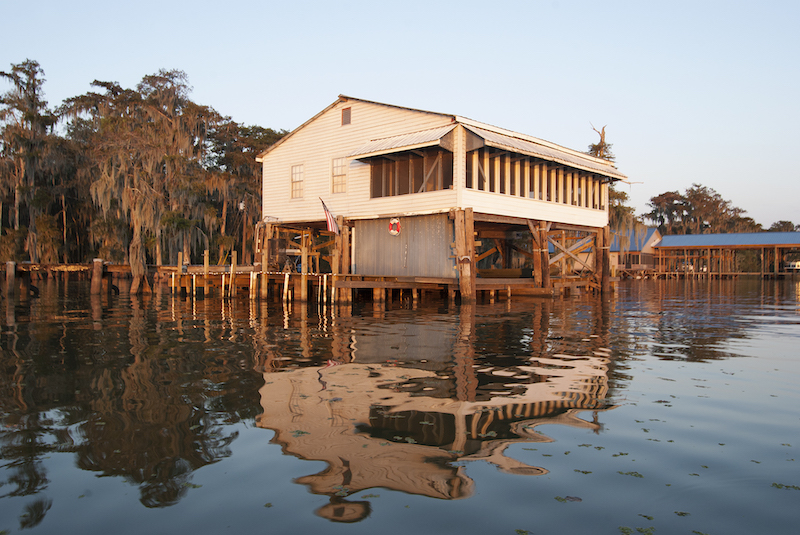 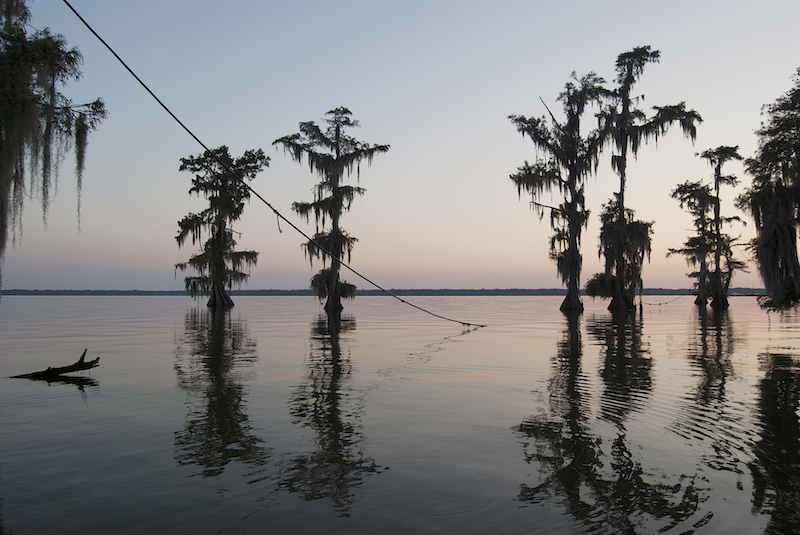 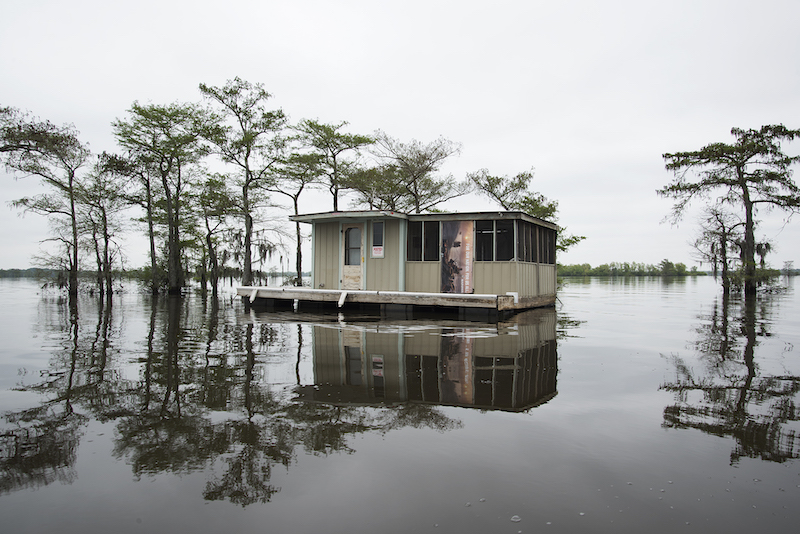 Houseboat on the Atchafalaya Basin 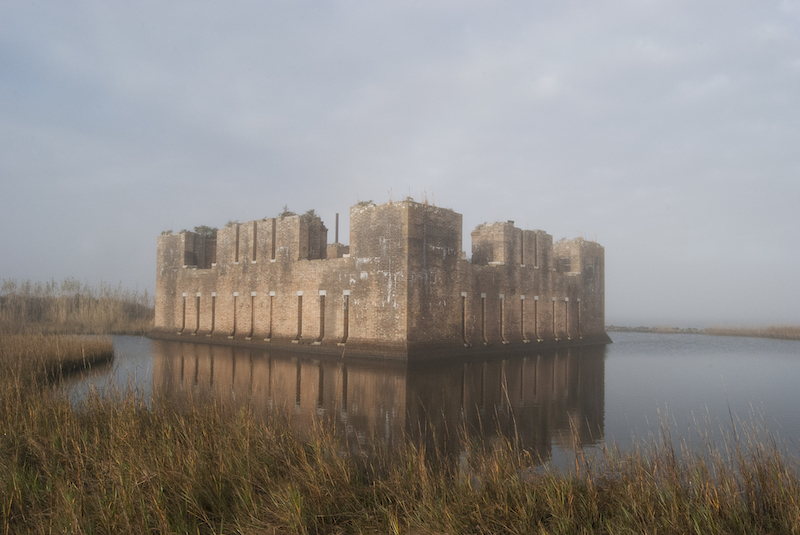 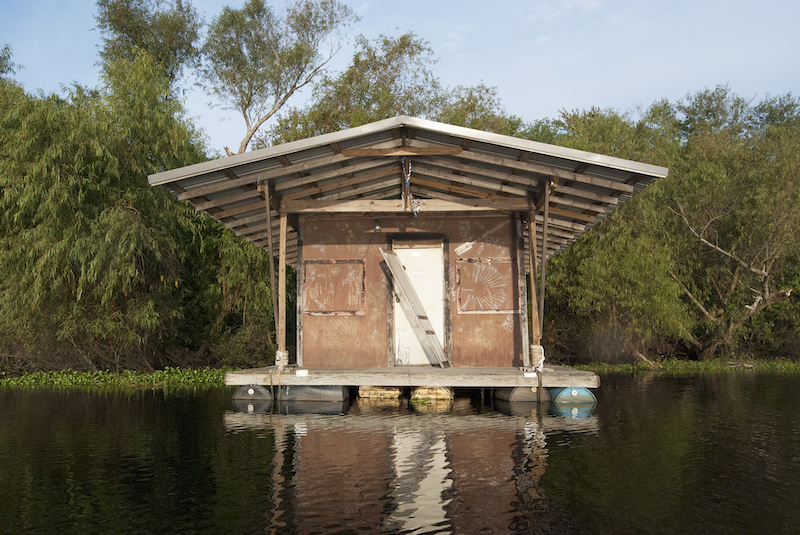 Houseboat on Lake Maurepas near Ruddock

Hurricanes, floods, and sinking land have spurred structural innovation and adaptation in New Orleans and its surrounding coastal communities. This history of adaptation makes the architecture distinct and the story of a changing landscape easy to read from the buildings.

Despite the uncertainty that rising seas and coastal erosion brings to South Louisiana, there is hope found in these building practices and land migration patterns that are responses to environmental change. 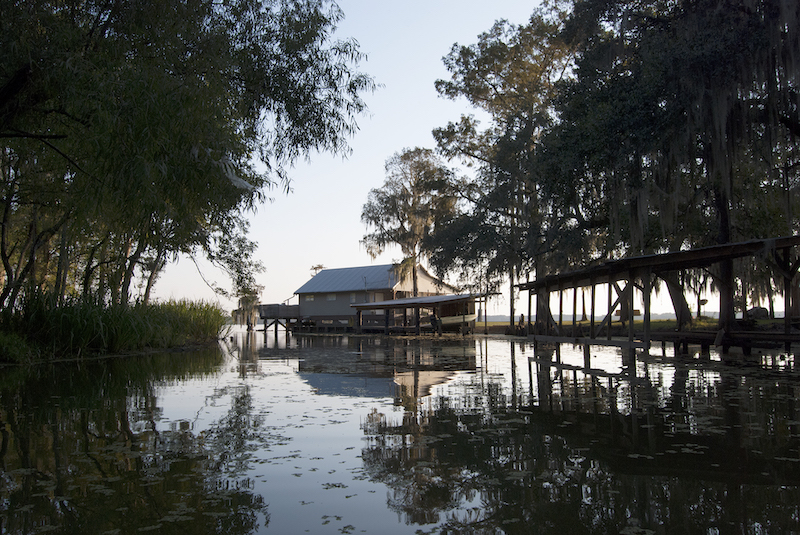 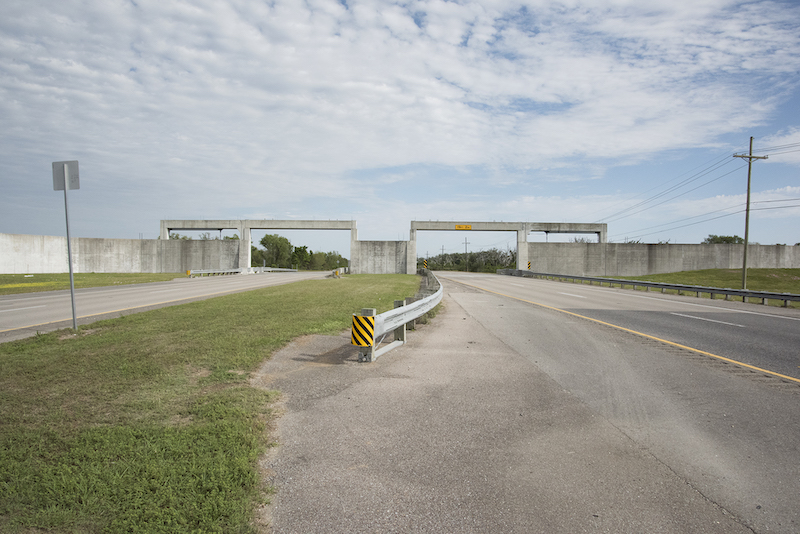 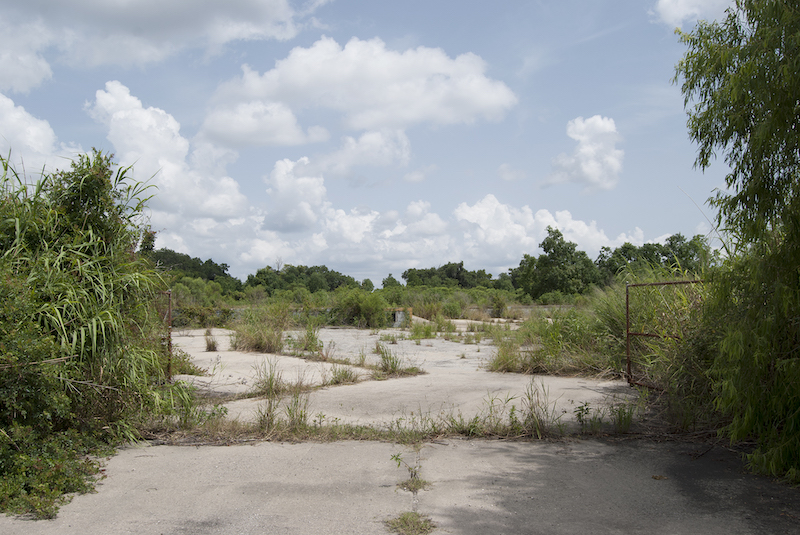 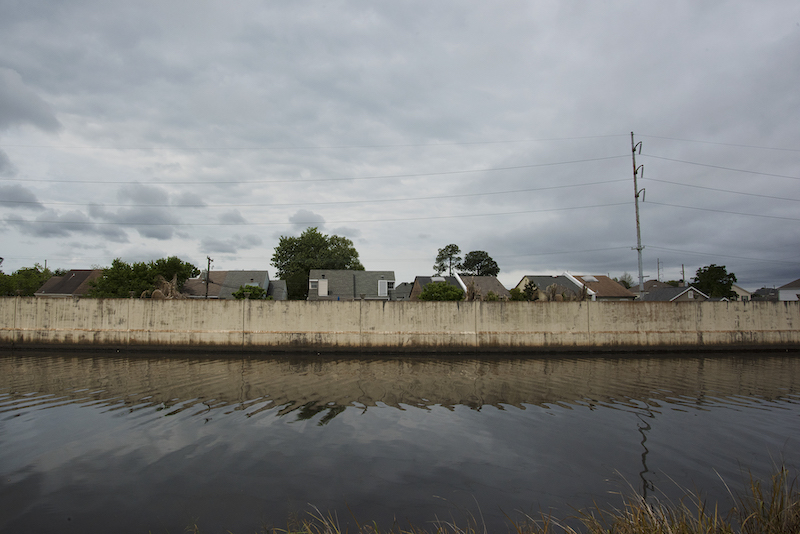 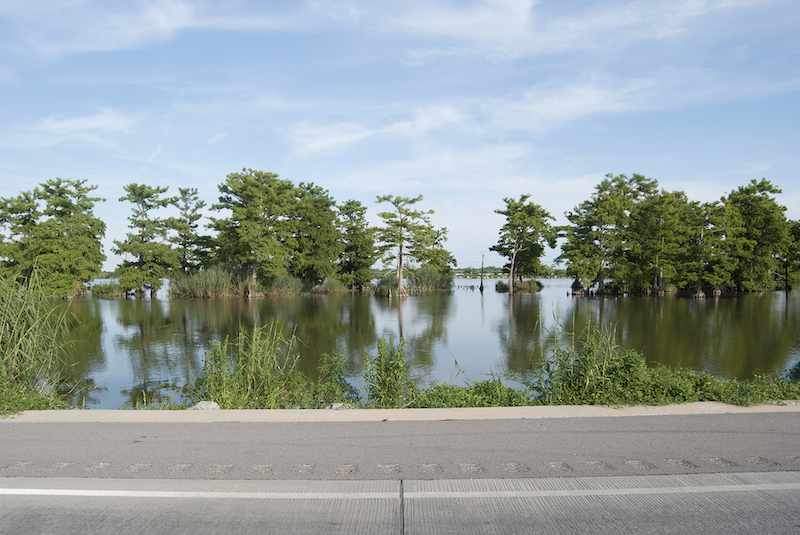 Road in Venice, Louisiana, looking toward the Gulf of Mexico

Hanusik is a photographer whose work focuses on the connections between culture and the built environment. Her projects explore the effects of climate change through physical and social analyses of landscapes. She has worked with communities and state agencies in Louisiana and New York on climate adaptation strategies and environmental equity initiatives, and has been supported by the Graham Foundation and the Mellon Foundation for her work in architecture and photography. Her projects have been exhibited internationally, and her photographs and writing have been featured in Domus, The Atlantic, Places Journal, The Times-Picayune, Oxford American, NPR, Fast Company, and others. She received her BA from Bard College lives in New York City where works at Metropolis and is a member of the Climate Working Group at New York University.