Once basic energy is established in disconnected regions, the companies that supply it hope to cash in on demand for a slew of new products and services 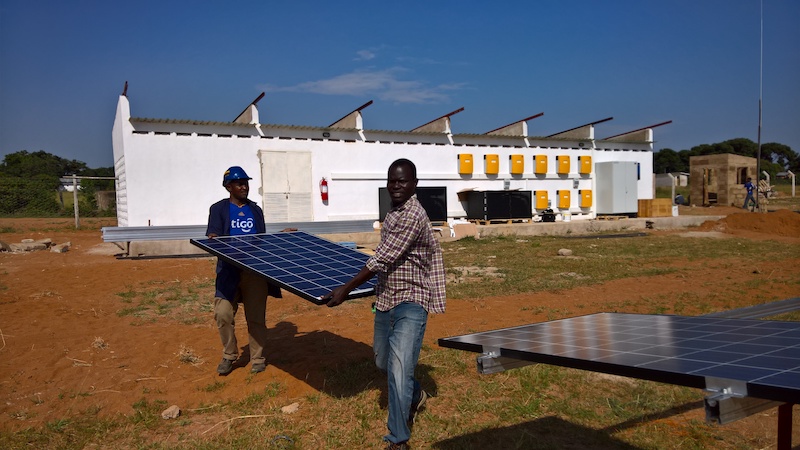 The first step is to set up tiny renewable generators independent of main power grids, often sold on pay-as-you-go schemes like mobile phones.

Once that basic energy supply is established – to charge phones, home lighting and other small appliances – it’s expected to fuel demand for a slew of new products and services, such as internet access, mobile banking, water pumps, mills, fridges, home batteries and cooking stoves. The reams of data on how these new customers use and pay for their energy will help companies decide their next moves.

It’s a potential bonanza that is drawing electricity, oil and gas, equipment-making and technology companies to invest in rural projects they once deemed too small and risky, especially in Africa. The interest is part of the industry’s broadening from large, centralised power plants and fossil fuels towards flexible, off-grid renewables.

Just under 1 billion people worldwide lacked access to electricity as of 2017, with around 600 million in sub-Saharan Africa, according to the International Energy Agency.

“Beyond the fact that there’s a moral duty to provide all these people with electricity, this may be considered also as a huge business, as the sort of famous billionth client that we are waiting for,” said Lamberto Dai Prà, Enel Green Power’s head of Africa, Asia and the Pacific. “It’s a huge market, but this market has still to be reached.”

For power utilities such as Italy’s Enel and Franco-Belgian Engie, investment in rural electricity seems like a natural offshoot of their pivot towards clean sources and digital technology that gives customers more say over how and when they use their energy.

But they’re not alone. Oil and gas majors, faced with predictions of peak oil demand and greater demand for zero-emissions electricity, are also undergoing reinvention.

Ango-Dutch Shell told Bloomberg Television this week that it aims to become the world’s biggest power company in the early 2030s, in addition to its plan to provide reliable power to 100 million people who currently lack it by 2030. France’s Total has invested in a number of solar panel, battery and other renewable energy companies in recent years.

And the most rural and undeveloped regions of the world provide a blank slate to test new ideas without too much competition.

In a sign of growing momentum, annual investment in energy access surpassed $500m for the first time in 2018, reaching $1.2bn total since early 2016, the consultancy Wood Mackenzie and NGO Energy 4 Impact found in a study published this month.

Among those investors were utilities Engie, EDF and Enel, Total and Shell, and equipment manufacturers Siemens, Schneider Electric and GE.

“The private sector sees there is a market for more than 600 million people who need reliable, affordable, clean energy, and that need is only going to get more pronounced,” said Rachel Kyte, chief executive of the UN secretary-general’s Sustainable Energy for All initiative.

Engie made one of the biggest investments last year, with the full takeover of an African company that provides off-grid solar home systems to power phone chargers, TVs and radios. Customers pay for Fenix International’s lease-to-own power system over their mobile phones, with as little as $0.19 per day over two or three years. These payments generate credit scores, which then allow customers to upgrade their systems, buy appliances or apply for loans. Engie is also investing in less mature mini grids for small businesses, powering fridges in restaurants and mills on farms.

Enel is still assessing such small-scale projects, while building larger renewable plants that plug into grids and extending that supply to nearby unconnected villages.

Total is selling solar lamps and home systems from its retail petrol stations in South Africa and Ghana. Shell has since early 2018 invested in a company that operates mini grids in Asia and Africa, another that sets up solar energy for homes and businesses in East Africa, and an off-grid smart meter company working in Africa, Asia and Latin America.

For Total and Shell, it’s about figuring out how to “own the customer” on the electricity side, said Benjamin Attia, power and renewables analyst at Wood Mackenzie. Oil and gas companies traditionally track their end-users through petrol stations, whereas utilities have digital billing relationships.

While the prize in rural Africa could be significant, however, these investments represent early steps in what is still an uncertain market.

It can take companies 10 to 20 years to recoup the cost of setting up a mini grid, which means they still need financial support from European governments, development finance institutions or foundations, as well as predictable government regulation, said Raphael Tilot, in charge of innovation and new businesses at Engie.

And the market needs to be regulated in a way that ensures energy remains affordable and people are receiving good quality appliances, added Kyte.

So while solar home systems and mini grids could clear a new market for Engie’s LED lightbulbs, fridges, televisions and other appliances, it’s not guaranteed yet.

“We should not assume this is a gold rush,” Tilot said. “Economic development takes time.”