Under pressure to block a gas pipeline from Russia and end coal power, the chancellor tied their fates together 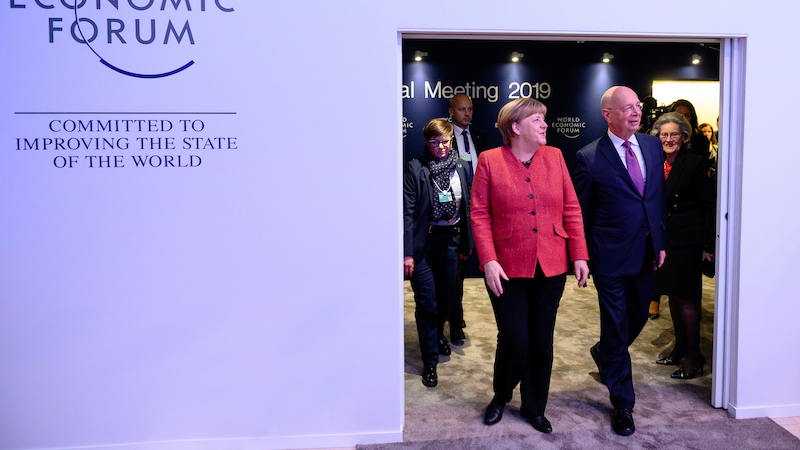 German chancellor Angela Merkel linked the building of a controversial Russian gas pipeline to the fate of her country’s coal industry in comments on Wednesday.

Germany faces criticism from EU partners and the US for its role in the construction of a Baltic Sea pipeline that will bring Russian gas to the EU, making landfall in Germany’s northeast.

Speaking at the World Economic Forum meeting in Davos, Switzerland, Merkel said Germany’s gas demand would be affected by the recommendations of Germany’s coal commission, due to be finalised in the coming weeks. The commission is mandated to set a timeline to phase out the most carbon-intensive fossil fuel.

“It is working on the decommissioning of coal-fired power plants,” said Merkel, “but without being able to assure a baseload in our energy generation, we will not be able to survive. So we will need [coal] for a certain period of time.”

The coal closures follow a phase-out of nuclear power in Germany, which Merkel said would be completed by 2020.

The US, which wants to expand its own gas exports to the EU, recently warned that European companies involved in building the Nord Stream 2 pipeline could attract sanctions. Other European countries have raised concerns about making Europe’s gas supply, already 40% Russian imports, even more dependent on Moscow.

This week economy and energy minister Peter Altmaier told German newspaper Handlesblatt the pipeline was “far advanced, with pipes laid over kilometres in the sea” and said his country had no plans to block the Gazprom-owned project.

On Wednesday, Merkel said: “This conflict that you hear raging on our energy supply is also a bit exaggerated. We will continue to receive Russian gas and we will also receive liquefied gas from other sources. We’re building up the infrastructure for LNG in all directions. We will also get supplies from the United States eventually. But if we leave coal, if we leave nuclear, then we will need more natural gas. Energy after all needs to be affordable.”

Christoph Podewils, an energy expert at the Agora Energiewende thinktank, told Climate Home News their research showed that in the event of a coal phase out “gas demand won’t change very much, given that Germany’s share of renewable energy will rise to 65% by 2030”.

A draft of the coal commission report, leaked to Reuters, laid out plans to compensate companies and electricity consumers affected by the early closure of plants.

Valérie Masson-Delmotte, one of the co-chairs of the UN’s Intergovernmental Panel on Climate Change, told CHN faster action was needed to meet the warming limits of the Paris Agreement and prevent serious disruption of the natural world and human society. Holding temperature rise to “well below 2C implies net zero CO2 emissions globally by 2070, 1.5C implies 2050 – before end of century, and beyond low carbon”.

Masson-Delmotte added that these numbers represented a global pathway and did not take into consideration Germany’s historical responsibility for changing the climate.

Merkel also referred to that in her speech: “Industrialised countries have a responsibility, not because the CO2 emissions that we [in Germany] have with our 80 million people will change the overall picture. But we as an industrialised country have already emitted CO2 to a very large extent.”