Big businesses are calling on governments to raise climate ambition

A group of multinationals brought carbon-cutting pledges and actions to Cop24 climate talks in Katowice, Poland; now policymakers need to play their part 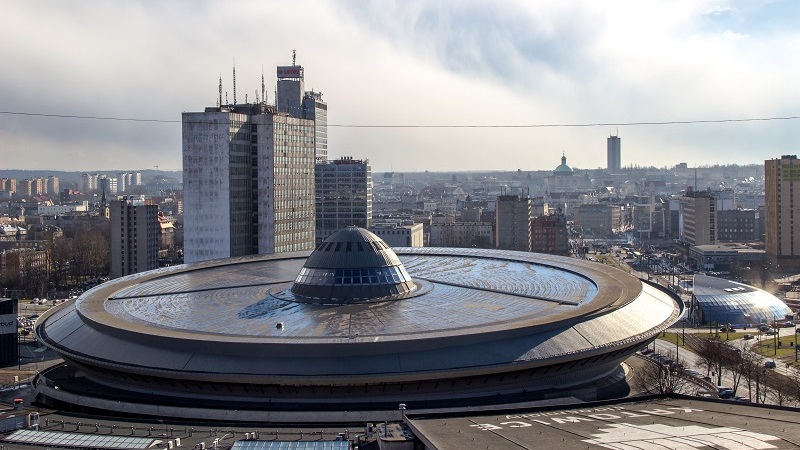 In a part of Poland where local residents still have bags of coal delivered to heat their homes, the 2018 UN Climate Conference (Cop24) in Katowice saw countries agree to rules on how they will measure and report progress to reduce carbon emissions under the Paris Agreement.

In the context of a challenging global political landscape on climate, crafting a single set of rules that brings the Paris Agreement to life was a significant achievement. But it’s important that we don’t confuse setting the rules of the road with strong climate leadership.

While the Paris rulebook underpins global ambition over time, Cop24 fell short of an explicit commitment to improve domestic policies over the next two years.

That push for ambition came primarily from a different set of stakeholders at Katowice, a set that just a few years ago were considered one of the main barriers to tackling climate change, not one of the key solutions – business.

A host of multinational companies – including shipping giant Maersk, power utility Iberdrola, Indian industrial major Mahindra Group and the world’s largest furniture maker Ikea – showed up in force at Cop24 in Poland to deliver a resounding message to policy makers:

Business is acting on climate change

Increasingly ambitious national climate commitments – coupled with clear and confident policy signals to business – will enable companies to help deliver the goals of the Paris Agreement at the pace required.

This group of companies, which also included Schneider Electric, Microsoft, Suez Group, Mars and Unilever, brought their message directly to policymakers via the Talanoa Dialogue. This dialogue sought to break the climate deadlock by bringing different stakeholders together and urged governments to choose the economic opportunities of our zero-carbon future.

This strong presence from business was backed up by the 500 companies now committed to the Paris-aligned emissions reductions known as science-based targets, further demonstrating the growing wave of climate action.

The conference kicked off with news that Inter Ikea Group has pledged to cut carbon emissions from production processes by 80% in absolute terms by 2030 from 2016 levels. The new pledge covers Ikea’s own factories plus hundreds of its direct suppliers.

“We need bold policies, as well as actionable and transformative regulations, to meet the Paris Agreement. Adoption of the rulebook during Cop24 is an important part to creating a low-carbon society,” said Karol Gobczyński, Head of Climate & Energy at Ingka Group, the largest Ikea franchisee.

This was quickly followed by news that the world’s largest container shipping company –  AP Moller Maersk – is committed to cut net carbon emissions to zero by 2050. The Danish group transports nearly one in five of the world’s seaborne containers.

Meanwhile, away from Poland, America’s largest utilities Xcel Energy announced its plan to switch to solely carbon-free electricity by mid-century, as part of a sweeping new “clean energy vision”.

The moves from heavy industry players like Maersk and major power producers like Xcel back up a growing trend from leading businesses that proves heavy emitters are embracing the challenge. Earlier this year, India’s Mahindra Group and Dalmia Cement both committed to be net carbon positive by 2040, while leading power companies including Iberdrola are rapidly shifted from fossil fuels to renewable power production and ensuring a just transition for workers.

“Now the negotiations have come to a close in this Cop, it’s time for countries to ensure they are looking at the opportunities to strengthen their climate commitments by 2020,” said Carlos Sallé, senior vice-president of energy policies and climate change at Iberdrola. “Increasing ambition and setting short, medium and long-term targets will allow business to go further and faster.”

To underline this transition, Mahindra Group demonstrated progress by announcing at the conference that its engine manufacturing plant – Igatpuri – has become the first in India to be declared carbon-neutral.

“Policy makers should return from Cop with one clear message from business – an increase in ambitious climate commitments, coupled with clear and confident policy signals to business, will enable companies to help deliver the goals of the Paris Agreement,” said Anirban Ghosh, chief sustainability officer at Mahindra Group.

Also at Cop24, the Energy Transitions Commission delivered its message that reaching net-zero carbon emissions from these ‘harder-to-abate’ sectors is possible by mid-century, at a cost to the economy of less than 0.5% of global GDP.

Meanwhile, the shift to zero-carbon transport was accelerated by business during the conference. An additional five companies joined The Climate Group’s corporate leadership initiative EV100 and pledged to electrification of their fleets by 2030. British telecommunications giant BT Group, European energy company E.ON, logistics company Schenker AG, Canadian Ontario Power Generation (OPG) and New Zealand’s Genesis Energy, have all signed up to the initiative, which aims to make electric transport ‘the new normal’ by 2030. BT is already a member of RE100 and committed to 100% renewable power.

In the auto sector, Mercedes-Benz owner Daimler announced it will spend €20 billion on battery cells over the next decade, as it looks to electrify its entire fleet. And Volkswagen expects the next generation of combustion cars it produces to be its last.

Hundreds of the world’s largest businesses are working to create a future of zero-carbon grids, fleets, buildings and land use, demonstrating that decarbonization is possible while boosting employment, investment and innovation.

Since January alone, almost 160 companies have joined the science-based targets initiative to reduce emissions and align with the Paris Agreement, bringing the total number to 500 companies at Cop24.

The push to step up ambition by 2020 was also felt from the High Ambition Coalition, which has been backed by a host of countries including Canada, the European Union, the United Kingdom, New Zealand, many small island states and the group of Least Developed Countries.

Several companies have already already added their support and the High Ambition Coalition is inviting more businesses and other sub-national actors to join them in this effort. They can do so by email ([email protected]).

David Wei and Samantha Harris are consultants at non-profit BSR