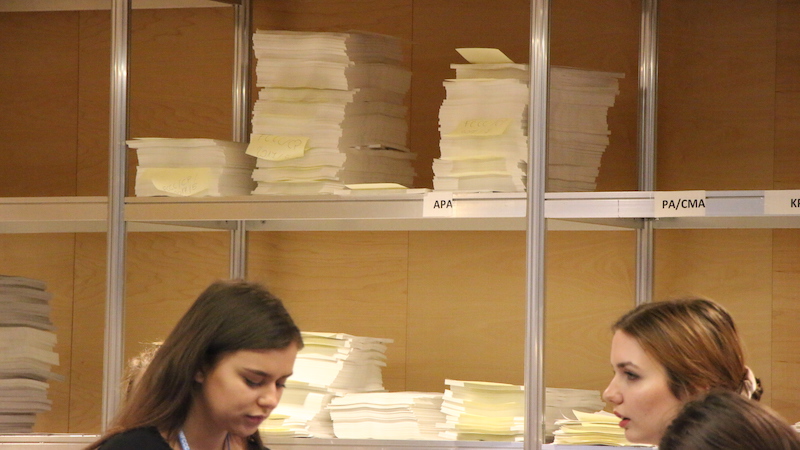 After three years of talking, delegates have arrived in Katowice, Poland, to make a deal on the so-called rulebook of the Paris Agreement.

These are the guidelines that will define how climate action is implemented, and accounted for, over the coming decades. Any questions?

Isn’t the deal already done? Why are they still negotiating?

Countries managed to put together a skeleton of an agreement in Paris. By deciding how they implement and monitor the Paris deal, delegates at COP24 will be adding flesh and teeth to the text.

Many, as a result, have described it as the most important UN talks since Paris – “the moment,” as David Waskow, director of the Climate Initiative at the World Resources Institutes, puts it “to bring life into all of the dimensions of the Paris Agreement”.

How many rules does the Paris deal need?

Negotiators won’t be after a golden number. We do know, however, that all of the talk leading up to this conference have already resulted in a 200-page thick draft rulebook and that negotiators will be elaborating rules around roughly nine themes.

These include guidelines on how to articulate and track national climate pledges or, in UN jargon, nationally determined contributions or NDCs; how to meet a national target by helping other countries to reduce their emissions, or how to communicate national efforts to adapt to climate change.

Also on the table will be rules on how to report on finance for climate action and equip developing countries with technology to combat climate change. Finally, there’s already a copious section dedicated to making the reporting actions more transparent and defining reviewing procedures, such as the global stocktake or the compliance committee.

As things stand, more ink has been poured over international offsetting than over any other themes (67 pages vs 45 pages for transparency).

Can you give me an example of what one of these guidelines might be?

Did you know that national pledges were either currently set at 2025 or 2030? Also, the way these pledges were articulated varied from one country to the next? Country A, for example, may give economy-wide targets for cutting carbon, while others will focus on bringing down emissions per sector.

At least one of the Paris guidelines will set out to standardise the format of NDCs. This will help to make the implementation of the Paris agreement more transparent over time, and foster countries’ trust in each other’s efforts. If countries are reassured that others are putting in their fair share of climate action, this will in turn prepare the ground for greater ambition.

What are the major sticking points?

A successful rulebook will ensure that the implementation of the Paris Agreement is there for everyone to see, leaving no room for cheaters.

Accordingly, we can expect some countries to show resistance to a stronger transparency regime. Hardly everyone will be thrilled at the idea of airing their dirty laundry. Plus transparency costs money. Many developing countries would rather invest in tangible climate action – say windfarms or dams – than in data collection, storage and analysis.

In return for greater accountability, developing countries will be expecting financial help from rich countries. In particular, poorer countries will be seeking out more clarity on the assistance available to them on the long-term. This is one point where things could get heated, with many donor countries reluctant to give clear-long-term commitments because treasuries don’t like funds to be earmarked.

Many of the debates over the rulebook will focus on how climate action is reviewed. Article 15, for example, lays the groundwork for a so-called implementation and compliance mechanism – in essence, a 12-member expert committee tasked with helping members carry out the agreement. How the committee would intervene has yet to be defined, and could go from everything from lending assistance to members to reach their targets, to keeping track of their progress and punishing those out of step. Or a mix of all three.

In the same vein, delegates will be discussing the clout of the global stocktake, a summit enabling countries to report on their progress to the international community every five years. The World Resources Institute has called for negotiators to narrow down potentially abstract goals, such as adaptation to climate change, to more tangible objectives, such as temperature, resilience or financial targets, to strengthen the reviewing process.

Are the rules going to be the same for every country?

No – even though we can expect sharper reviewing procedures for all, developed countries will continue to shoulder greater reporting obligations than developing ones under what is known as the principle of common but differentiated responsibilities, or CBDR.

Dating back to the Earth Summit in Rio de Janeiro, 1992, this UN principle means that rich countries have a duty to lead climate effort as well as lend assistance to developing ones owing to their wealth and historic role in climate change. The Paris Agreement added “in light of different national circumstances” to CBDR, which blurred the hard line between developed and developing nations.

The way this plays out in the rulebook is a matter of deep political tension. The EU and US are happy to allow “flexibility” for the smallest and poorest countries to meet less exacting standards, but not big emerging economies such as China. These emerging cling to a binary definition of developed vs developing set in the 1990s and have called for separate rules for rich and poor.

How could the outcome affect global carbon pollution?

It would be tricky, if not downright impossible to quantify the carbon impact of the rulebook. Again, what we can say is that stronger rules mean stronger accountability, which in turn creates the right conditions for countries to trust each other and raise ambition.