Activists are calling on PGE to phase out coal by 2030 and switch to clean energy, or face legal action 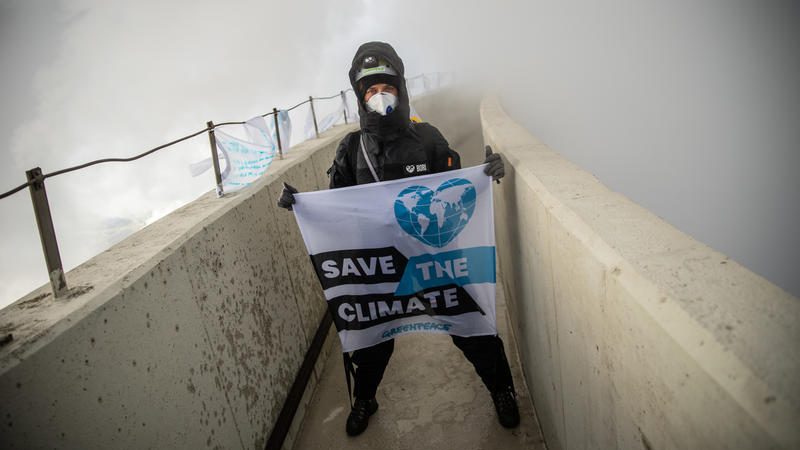 Greenpeace has threatened to sue Polish state-owned coal utility company PGE over climate change on Thursday, in what would be the first litigation of its kind in Poland.

The previous day six activists had climbed the chimney of Europe’s largest coal power plant in Belchatow, located in the centre of the country, to highlight the high levels of pollution. They spent 40 hours perched at the top of the 180-metre chimney.

In a letter addressed to the head of PGE, Greenpeace Poland demanded that the coal utility giant phase out coal and pivot to renewables by 2030 at the latest. The environmental organization also urged PGE to drop plans to expand fossil fuel projects, including the Zloczew and Gubin-Brody lignite mines and the extension of the opencast mine in Turow. Should PGE fail to comply, Greenpeace warned that it would resort to legal action.

“We will not stand by and watch pollution devastate our planet without taking action,” Paweł Szypulski said. “After protesting at the plant, we have written to PGE asking the coal utility to do what is needed to avoid a climate catastrophe. If PGE does not respond to these requests, we will take them to court.”

Contacted by Climate Home News, PGE did not respond to a request for comment.

Poland overwhelmingly relies on coal for its energy, with 80% of its electricity currently generated by it. The government’s draft 2040 energy strategy, published on 23 November, projects retiring 17GW existing coal-fired plants and installing 4GW of onshore wind by 2035.

Coal would remain the dominant source of power supply, with around 60% of generation fuelled by lignite in 2030.

The right-wing Law and Justice government has come under increasing pressure from environmental organizations over its support for coal, as it prepares to host the UN climate summit in Katowice from 3 until 15 December. Regularly repeating “Poland stands on coal”, the government has named PGE and coal rival Tauron as sponsors of Cop24.