William Nordhaus originated the idea of a 2C global warming limit but last year cast doubt on our ability to reach it. He shares the prize with Paul Romer 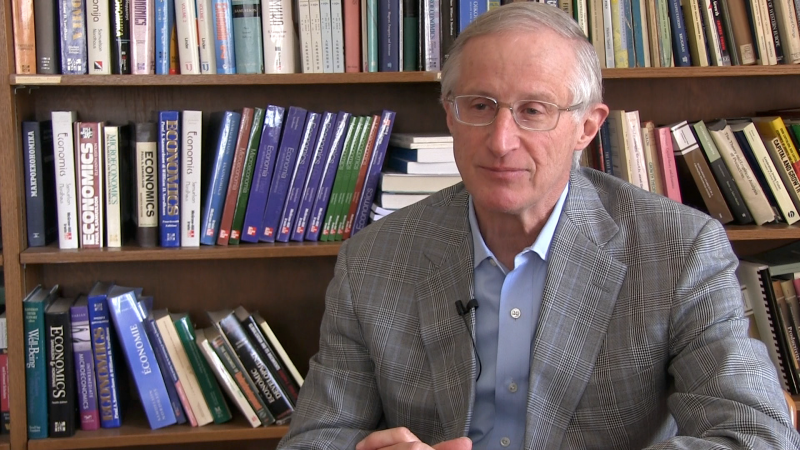 William “Bill” Nordhaus was awarded the Nobel Prize on Monday for his pioneering work on modelling the economics of climate change and energy.

He shared the prize with Paul Romer, developer of “endogenous growth theory”, which emphasises the value of investing in innovation.

Nordhaus has worked on climate change problems since the 1970s, when he proposed 2C as an upper limit on global warming to aim for.

In the 1990s, he was among the first to develop “integrated assessment models”, which remain the dominant way of analysing how to cut emissions over the long term.

Indeed, that modelling approach was used in a major UN report published Monday to show possible routes to halting global warming at 1.5C above pre-industrial levels – the tougher target in the Paris Agreement.

But the Yale academic last year expressed doubt over the feasibility of either goal, saying 2.5C was the best case scenario.

“The international target for climate change with a limit of 2C appears to be infeasible with reasonably accessible technologies – and this is the case even with very stringent and unrealistically ambitious abatement strategies,” he wrote in a paper.

Critics of the integrated assessment models say they are unable to predict disruptive innovation such as recent dramatic reductions in renewable power costs. Nor do they factor in the other benefits associated with cutting emissions, or the costs of failing to act.

Romer has also weighed in on climate change, expressing “conditional optimism” it can be tackled. Small changes to policy incentives can spur innovation, he argues.

Reacting to the Nobel announcement, Romer told the Guardian: “Once we start to try to reduce carbon emissions, we’ll be surprised that it wasn’t as hard as we anticipated… The danger with very alarming forecasts is that it will make people feel apathetic and hopeless.”