Our final newsletter from the Thai capital. To get all of our updates, straight to your inbox, sign up here 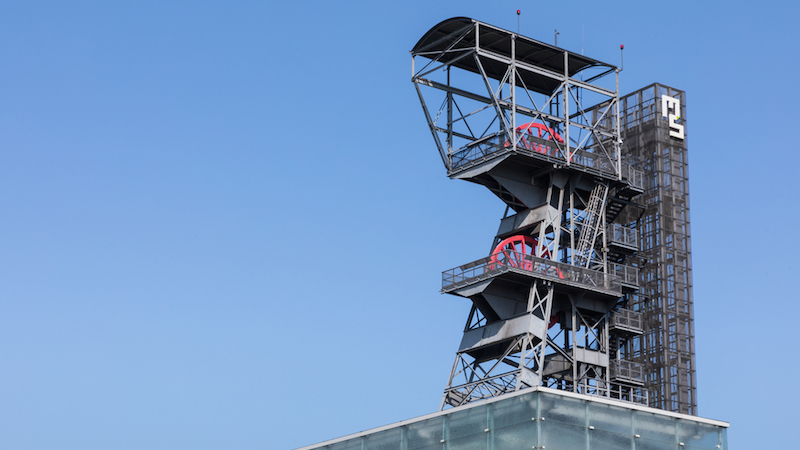 The buildings of the Silesian Museum are built in and on top of a former coal mine in Katowice, Poland (Photo: Deposit Photos)

Clearly, that could have gone better.

As we say goodbye to Bangkok, some of the rules for the Paris Agreement are nearer to reality. But there are major areas in which a week of talks made no progress at all.

My final dispatch from the talks looks at a key fight leaving everybody frustrated, in the words of the EU’s lead negotiator.

This result leaves the Paris Agreement, and it’s potential to save us from our selves, hanging in the balance. Every decision in few months before talks start in Katowice, Poland will be critical.

Climate Home News will be there, reporting to you from the inside. But following this juggernaut around the world is expensive. So to keep bringing you this service, we’re asking our readers to help.

If a few hundred of you are prepared to give us $5 a month, it would make an enormous difference. So we’ve set up an easy and safe way for you to give.

What future do carbon offsets have under the Paris Agreement? Negotiators are working on a successor to the Kyoto-era Clean Development Mechanism (CDM), but have widely divergent views on how much needs to change.

A Brazilian negotiator made the case for the defence to CHN. In 2009, before the CDM market collapsed, carbon credits were the country’s 16th biggest export, so there is a lot of investment at stake.

“We need incentives to get the private sector on board and to get action,” he said.

The key question is where the emissions savings count.

Let’s say Norway pays an Indian wind power developer to prevent a tonne of CO2 emissions. Norway can credit that against its emission reduction target. But if it works, India emits a tonne less than it would have under business-as-usual, like if that energy came from coal instead. So can they both claim credit?

Some say India should add a tonne of CO2 to its emissions inventory, to avoid double counting. Others, including Brazil, say those emissions never existed so it makes no sense to report them.

Confused? Join the club. It is a logic puzzle they need to solve if there is going to be a functioning market: you need buyers as well as sellers.

Heads of delegation showed up to a meeting of the Latin America and Caribbean region (Grulac) yesterday: a baby step towards reconciling problems caused by a split between Venezuela and its neighbours.

They talked about the need to fill two vacant seats on the Green Climate Fund board – nominations are due by the end of the month for two-year terms starting January 2019 – among other matters.

But the underlying dispute has nothing to do with climate change and was not going to be resolved in Bangkok. Ecuador’s Walter Schuldt told Climate Home News discussions would continue at a higher level in New York.

Speaking of Venezuela, a report I wrote this week has riled negotiator Isabel Di Carlo Quero, who attacked my “capitalist mentality”.

The piece itself simply notes that differences over carbon markets are proving hard to resolve. No judgement here. In fact, if you want a strong critique of markets, CHN carried an interesting op-ed this week.

Now if you’ll excuse me, I’m off to McDonalds to get a veggie burger.