Scandinavian country leads funding to save the world’s tropical forests, but cannot do it alone, say past and present environment ministers 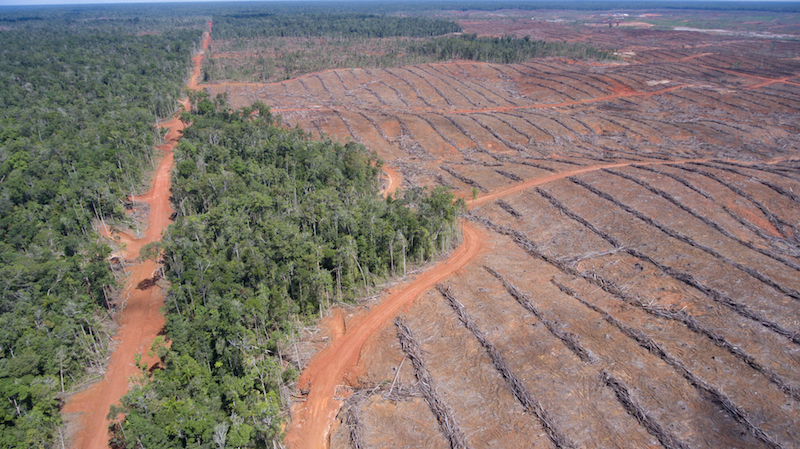 By Karl Mathiesen in Oslo

Norway cannot be expected to halt the loss of the world’s forest on its own, past and present environment ministers have told Climate Home News.

Through Norway’s International Climate and Forest Initiative (Nicfi), the country has committed to spend up to NOK 3 billion ($366m) each year rewarding rainforest countries that meet agreed targets.

But after a decade of Norway’s ‘Rainforest Billions’ programme, the headlines remain grim. Data released last week showed 29.4m hectares of tree cover was lost globally in 2017, only slightly less than 2016’s record.

“I think the programme has been immensely successful,” he told CHN on the sidelines of the Oslo Tropical Forest Forum last week. Overall, forests were still being lost, he said, but Norway had seen results where its cash had been spent.

“In [the Brazilian Amazon], the deforestation rate has been reduced between 70 and 80%, which is an amazing success. Unprecedented in global history,” said Solheim.

But he said there was no way Norway could hold back the stripping of global forests without help from other wealthy nations.

“Obviously, Norway wants to engage with any other partners,” he said. “There is no desire to do it alone.”

When it comes to forest protection, everything orbits around planet Norway. Over the past decade, the Norway provided 40% of global finance to fight tropical deforestation, according to Rainforest Foundation Norway. This mainly comes in the form of direct payments to countries, which incentivise forest protection.

“If we look at the programmes we have country by country, I have no problem defending what we are doing and saying that it was the right thing to go into this and try to be in front. No matter how odd that it may have seemed that Norway would try to take this role, back ten years ago,” he said.

Rainforest Foundation Norway, which first suggested the idea of paying countries for their deforestation efforts to Solheim, used the forum to publish a critique of the programme. It’s first recommendation was for more donor countries to step forward.

Privately, Norwegian diplomats express exasperation at their position in the vanguard. In 2014, the UK and Germany signed a joint declaration with Norway that committed to increasing support for the UN’s flagship REDD+ forest programme.

The UK’s development agency did not wish to comment, but its media department pointed to aid programmes that have committed hundreds of millions of pounds between 2011 and 2021 to fighting deforestation alongside Norway.

Despite that, Norway’s partners “could do more”, one official said. Some wondered whether Norway’s huge contribution has dissuaded others from coming forward with funds that could look stingy in comparison.

The Oslo Tropical Forest Forum has become one of the biggest events on the global forest calendar. Ministers and officials from the rainforest nations of the world arrived in the Norwegian capital for talks with current environment minster Ola Elvestuen.

Mostly the talks were conciliatory, said Elvestuen. Although he admitted to an ongoing “disagreement” with the government in the Democratic Republic of Congo, to which payments have been frozen.

One of the authors of the Rainforest Foundation Norway report, Nils Hermann Ranum, said Norway may need to “become harder” on countries that fail to meet their targets. In 2017, Norway slashed Brazil’s annual payment, which averages $114m, by almost two thirds.

“If there is no results the payments will not be there,” said Elvestuen, but “you cannot by being hard, get the government of the country to do something that they don’t want to do themselves. So we have to truly be a partner”.

Norway rarely releases its full annual commitment under the Nicfi programme, meaning it is seeking to do “much more in the years ahead”, said Elvestuen.

Last week it signed a new $50m deal with Ecuador, in partnership with the German government.

Consumption patterns in the rich world drive deforestation in the poor. Similarly, the need to stop cutting down forests is more urgent because they soak up greenhouse gases emitted in industrialised countries.

Because of this, Granizo said, forest protection was a matter of “co-responsibility between developed and developing countries”.

Despite this, motivating rich countries to live up to their commitments has been difficult. In 2014, 14 developed country governments signed a major declaration that promised to scale up rewards programmes like the one Norway continues to fund.

“Raising awareness” of the forest issue among donors and forest nations alike is a key goal of Elvestuen’s government, he said. To this end, Norway has offered funding to the Global Climate Action Summit, to be held in California in September, in return for forests to be given a larger slice of the agenda.

The stability of Norway’s programme lies in political concord at home. Elvestuen’s government is considered centre right in Norwegian terms. But they maintained the policy of Solheim’s centre left coalition after they won government in 2013.

“Norway has a very positive national agreement where all political forces have bought into this, so it’s not really controversial in Norway itself,” said Solheim.

Rainforest Foundation Norway’s Ranum, said the programme should be celebrated for its success in raising forests up the agenda. But the current state of forests called for more action.

“Maybe we were all a bit naïve about what it would take. It was more challenging than we expected,” he said.