Donald Trump’s punitive tariffs and the reaction could undermine global cooperation and slow the transition to a sustainable world, says Erik Solheim 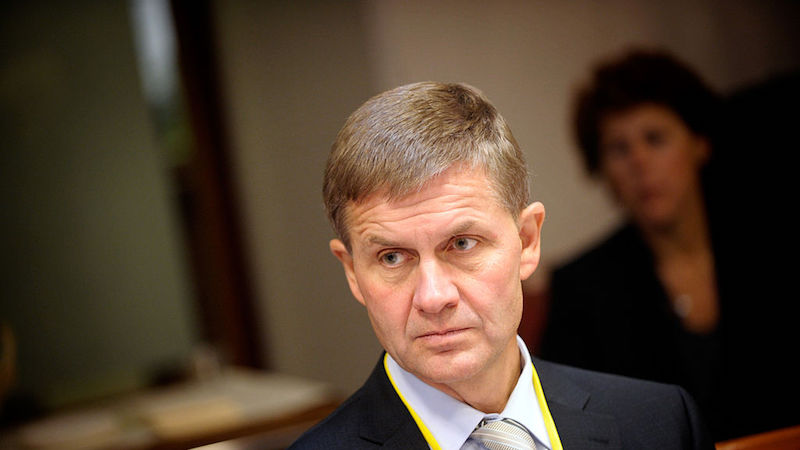 A global trade war would damage efforts to combat climate change, protect the environment and fight poverty, according to the UN’s environment chief.

In recent weeks Donald Trump’s US has baited China and other major rivals into imposing tit-for-tat tariffs on goods.

Markets have the jitters, and the prospect of escalating trade conflict also worries Erik Solheim, who leads the UN Environment Programme.

Conflict over trade can erode the trust that discussions on environmental issues need to succeed. Although trust in the US in global forums is already at a nadir after President Trump’s reverses on the Paris climate and Iran nuclear deals.

In addition to degrading cooperation, Solheim said an economic slowdown brought about by protectionism would be “very bad for the environment because you waste resources rather than using them effectively. It will make the spread of environmental technologies less fast. And of course it will keep more people in poverty for a longer period of time”.

Susanne Dröge, a senior fellow at the German Institute for International and Security Affairs, agreed with Solheim that the interruption of global cooperation and clean tech flows could have a long term impact.

But Dröge told CHN that past economic crises, such as the collapse of East Germany and the 2008 financial crash, had actually reduced global environmental damage.

“I would strongly argue that the benefits [of economic slowdown] for the environment are dominant,” she said, acknowledging that social impacts should also be considered.

“[It] means less resource consumption (production of vehicles for instance consumes a lot material, steel too, plus energy consumption). From this perspective, less production is good news.”

A decline in jobs would reduce income, that would lead to a drop in consumption in some groups, said Dröge. Although she noted that in very poor countries, without social security, loss of employment could lead to increases in illegal resource extraction.

European Commission: no new trade deals with countries not in Paris Agreement

Harro van Asselt, a senior fellow at the Stockholm Environment Institute, said the environmental impact of economic slowdown was “a question that economists have been disagreeing about for ages”.

Generally, he said, he agreed with Solheim, particularly noting the effect on international solar trade.

Overall, a dip in the economy could cut carbon emissions, he said, but “any gains can be quickly undone once economic activity picks up again”.

Under Trump, the US has lost enthusiasm for global integration and cooperation. But Solheim said the impact of Trump reneging on the Paris deal had, so far, been “much less than people think”.

The former Norwegian environment minister said commitments made by all other countries to uphold their end of the bargain had been crucial. He also praised US states and businesses for their efforts.

Ultimately, Solheim said, US efforts to break global cooperation on trade and other issues were unlikely to last.

“I think it is hard to see this as anything but intermediate, the benefits of globalisation are so enormous, so huge, that even if it were to happen it would be intermediate,” he said.

“As the Chinese president Xi Jinping has said, everyone is free to build up big walls, build a house and turn off the lights in that house and go dark, but that will not benefit yourself and the biggest loser will be those who do it.”