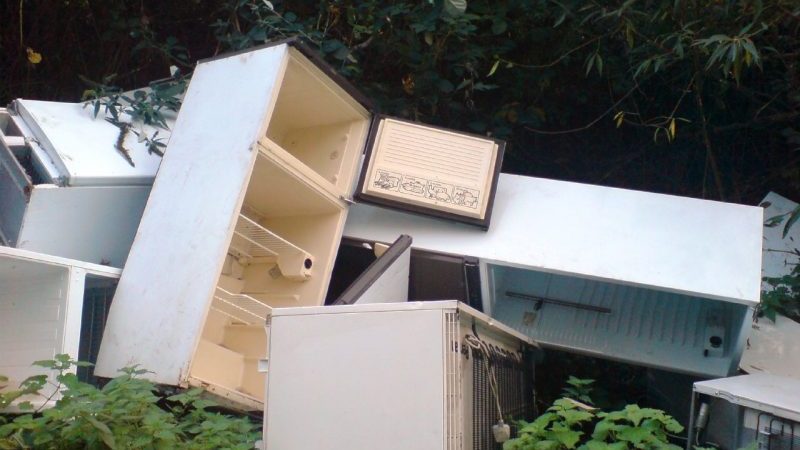 The UN will assess evidence of mysterious emissions of prohibited ozone-damaging chemicals, officials have said.

A study published in scientific journal Nature on Wednesday found higher than expected levels of CFC-11 in the air, a human-made chemical known to deplete the ozone layer. It pointed to new sources coming from East Asia.

CFCs, which were once found in aerosols, refrigerants, solvents and other products, were banned in 1996 under the Montreal Protocol. Aside from their ozone impact, they are potent global warming agents.

The scientific assessment panel of the Montreal Protocol (SAP), which monitors the state of the ozone layer, is set to examine the findings and report to national representatives by the end of the year.

“We know it is coming from East Asia,” said Paul Newman of Nasa and co-chair of the SAP. But Newman warned against leaping to the conclusion there had been illegal production. The emissions could be a byproduct of an industrial process or leaked from transit or waste sites.

Li Shuo, a campaigner with Greenpeace China, told Climate Home News it would be hard to produce CFC-11 illegally. “You do need a proper factory with sizable upfront investment for its production. It is not a business you can shut down overnight, hide, and pop up tomorrow.”

He added: “There were only a handful of installations in China, concentrated in the wealthier eastern side of the country which tends to have a better compliance record. These installations were regularly inspected.”

We need your help

Become a CHN member for as little as $5 per month to help us keep bringing you the most in-depth coverage of climate politics and uncovered stories from around the world.

Researchers are expected to narrow down the rogue sources within the next year.

“What needs to happen is that countries in the region (and the most obvious being China as a major producer) need to do some studies to pinpoint the source of the emissions,” said Clare Perry, climate campaigner at the Environmental Investigation Agency.

After the SAP has reviewed the evidence, it will be for countries signed up to the Montreal Protocol to negotiate what to do about it.

Durwood Zaelke, president of the Institute for Governance and Sustainable Development, said the country responsible for the emissions needed to find the source and shut it down.

If that did not happen, other countries could impose trade sanctions, starting by cutting support available through the Montreal Protocol, he added.

“The [Montreal Protocol] regime is our hero. It has solved the first great threat to the global atmosphere, and put the stratospheric ozone layer on the path to recovery by 2065.  It also has done more to protect the climate than any other agreement,” said Zaelke. “The world cannot afford to have the MP fail.”

The ozone layer blocks ultraviolet radiation from the sun, which can cause a variety of health problems ranging from cataracts to potentially fatal skin cancers.

CFC levels in the air have been declining by about 1% a year since they were banned, but that “is not as fast as it should be,” said Geir Braathen, senior scientific officer at the World Meteorological Organisation (WMO). “If these emissions continue, this might delay the healing of the ozone layer by many years.”