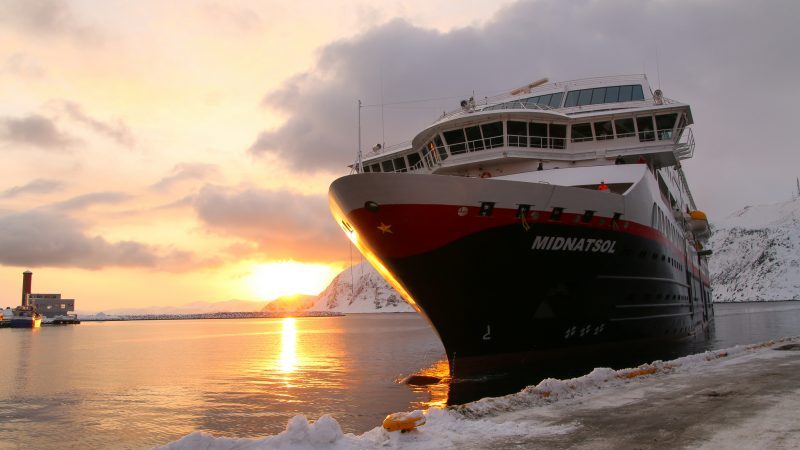 An icebreaking ship in the Norwegian Arctic (Pic: Flickr/Chris Parker)

The UN shipping regulator will consider a ban on the use of heavy fuel oil in Arctic waters, after assessing the impact of shifting to cleaner alternatives.

Environmental advocates welcomed the International Maritime Organization’s (IMO’s) decision on Wednesday to order a technical group to look at the issue. The impact assessment should account for the environmental risks of using the fuel as well as potential disruption of shipments to northern indigenous communities, they said.

Heavy fuel oil (HFO) propels 80% of marine transport worldwide. It emits air pollutants such as sulphur oxides, particulate matter and black carbon. The last contributes to global warming when it settles on ice, making it absorb more heat from the sun and melt more quickly.

The IMO directed a sub-committee to develop a ban on heavy fuel oil use and carriage by ships in the Arctic, “on the basis of an assessment of the impacts” and “on an appropriate timescale”.

It also asked member countries to propose ways to carry out that assessment when they meet in October. The sub-committee, which meets in February 2019, will prepare guidelines on ways to reduce the risks around heavy fuel oil in the Arctic and set a definition for the fuel.

The ban, already imposed in Antarctica, has strong support from most Arctic countries, including Norway, Sweden, Finland and Iceland and the US, along with the Netherlands, Germany and New Zealand. Finland has proposed imposing it by 2021.

Canada, along with the Marshall Islands, sparked concern last month when it suggested the IMO should weigh up the economic effects of a ban on northern indigenous communities before going ahead with it.

Environmental campaigners argue the assessment should look at all social and economic impacts — taking into account the effects of spills such as disruptions to fishing and clean-up costs, along with any difficulties in supplying imported goods.

The HFO-Free Arctic campaign group points to the 2004 heavy fuel oil spill near Alaska’s Aleutian Islands as an example of what could go wrong. The Malaysian-registered Selendang Ayu cargo ship ran aground because of an engine failure and spilled around 1,200 tons of bunker fuel. It covered about 138km of shoreline and took two years to clean up.

“Our country has very little experience with cleaning up a large-scale spill in the Arctic,” said Austin Ahmasuk, an Alaskan from the Bering Straits nonprofit group Kawerak, Inc. “HFO can be very persistent, especially in the cold, and few of our communities, less than a third I suppose, have any kind of oil spill response equipment.”

Industry players including Danish and Norwegian shipowners’ associations are in favour of the ban, and the International Chamber of Shipping said it was happy with the IMO outcome this week.