G20 presidency denies US a factor in turn away from carbon pricing, but upcoming Japanese and Saudi leadership could mean issue is pushed off agenda for years 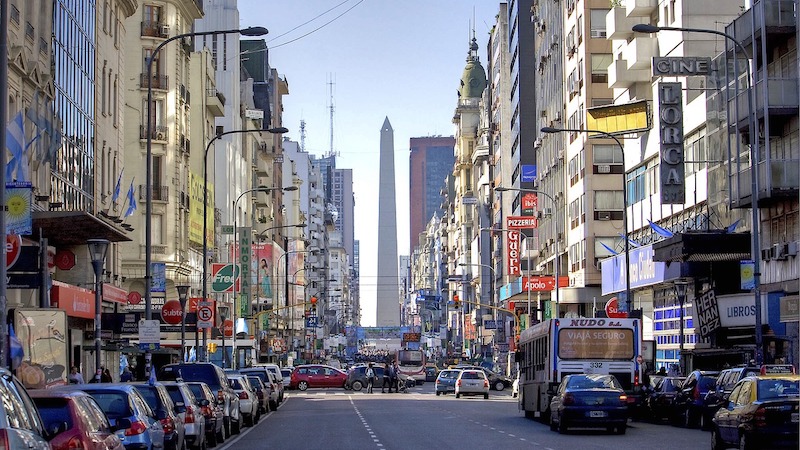 Argentina, host of this year’s G20 summit, has dropped carbon pricing from the agenda. But denied this was an attempt to accommodate Donald Trump’s US.

That means there will be no space given to the topic at the upcoming climate sustainability group meeting in Buenos Aires between 17 and 18 April. Nor when the leaders of the world’s largest economies meet in November. Although, Gentile said, other delegations “may wish to bring up the issue during our meetings”.

CHN understands that Germany has already raised the topic at meetings under the Argentinian presidency.

“We [Germany] do not expect stronger signals about carbon pricing this year, but the topic needs to stay on the agenda,” a source familiar with the matter said.

“We would have much stronger language on carbon pricing, but the opposition from oil-rich countries like Saudi Arabia have been the sticking point – and continue to be so,” the expert went on to say.

Argentina is taking over the presidency at a time when the US decision to withdraw from Paris Agreement has led to a rift between nations over climate change.

In 2017, under the German presidency, the G20 leaders released a statement that allowed the US to stand aside from commitments to climate change.

Mercator Research Institute secretary general Brigitte Knopf, who leads a task force that advises on the G20 climate agenda, said: “Argentina is apparently not willing to face a situation where 19 countries stand against the one, as it was the situation under Germany’s leadership.

“The focus on long-term low greenhouse gas emission development strategies is good, but without adequate measures such as carbon pricing these strategies will remain a toothless exercise.”

Enrique Maurtua Konstantinidis, head of climate change at Argentinian NGO Fundación Biosfera, said: “Argentina is not in an easy position – it is not Germany – it is one of the smallest countries in the G20. Germany had the political power to stand up to the US and push their agenda. Argentina can’t take that risk.”

But Gentile rejected claims that Argentina had softened on climate change in order to accommodate the US position.

“Argentina has an independent position on each issue, and a very committed policy on climate action,” Gentile told CHN.

G7: Split as leaders issue climate statement without US

Last year was a breakthrough year for carbon pricing, where it was discussed at a high level under the watch of the German presidency. The result was a “Climate and Energy Action Plan” under which countries agreed that market-based instruments, such as carbon pricing, were important to reach climate goals.

But further talks on how to link up carbon pricing schemes could stall for the next three years. The Japanese presidency in 2019 is expected to be more open to carbon pricing but will be followed by Saudi Arabia in 2020. The world’s largest oil exporter is likely to oppose any talk of a carbon price.

Progress on the issue in the G20 is important, as these countries account for around 85% of global GDP and represent 80% of global greenhouse gas emissions.

Knopf said the signals from her task force’s meetings in 2018 were “less promising” than last year.

“They promote gas as clean fuel and do not even mention carbon pricing or fossil fuel subsidies,” she said. “My fear is that we probably will experience a step back concerning the discussion about global climate change.”