When Donald Trump became US president, there were fears for public information on climate science. So what happened? 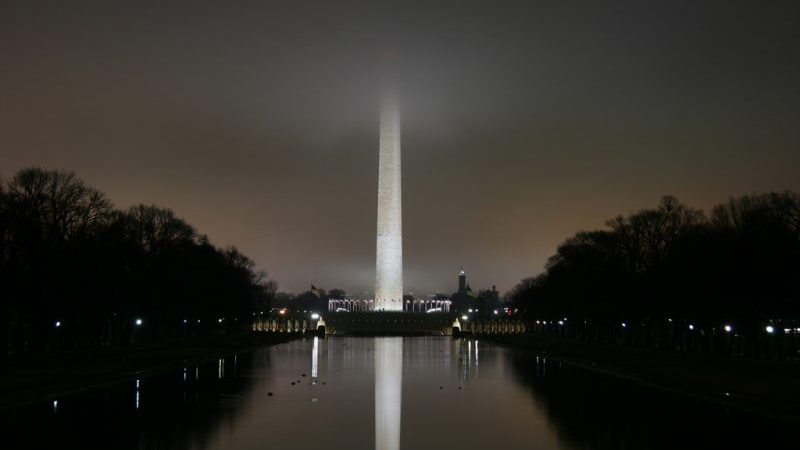 Washington Monument in the fog: the Trump administration has made information on climate science harder to find (Pic: Flickr/Don)

After Donald Trump won the presidential election, hundreds of volunteers around the US came together to “rescue” federal data on climate change, thought to be at risk under the new administration. “Guerilla archivists,” including ourselves, gathered to archive federal websites and preserve scientific data.

But what has happened since? Did the data vanish?

As of one year later, there has been no great purge. Federal data sets related to environmental and climate science are still accessible in the same ways they were before Trump took office.

However, in many other instances, federal agencies have tampered with information about climate change. Across agency websites, documents have disappeared, web pages have vanished and language has shifted in ways that appear to reflect the policies of the new administration.

Two groups have been keeping a watchful eye on developments. We both belong to the Environmental Data Governance Initiative, the organization behind the data rescue events. The initiative now monitors tens of thousands of federal websites with the help of specialized tracking software. In January, the group published a report that describes sweeping changes to federal web resources.

1. Documents are difficult to find

Documents on existing international environmental treaties and national climate policy have been buried or removed from departments’ current websites.

The State Department’s Office of Global Change, for instance, no longer publishes Climate Action Reports, which the US is obliged to produce under the United Nations Framework Convention on Climate Change. The reports can no longer be found at their former addresses. Instead, they are archived at new addresses in the Department’s Obama-era web archive, making the reports more difficult for the public to access.

In another instance, the Environmental Protection Agency removed links to the Climate Change Adaptation Plan documents, which offer guidelines on climate change mitigation. While the web pages still exist on the EPA server, links from key access points on the site have been removed or redirect to a “This Page is Being Updated” notice.

Some administrative pages have disappeared from agency sites and can be accessed only from the Obama-era web archive.

The Bureau of Land Management’s climate change page – which discussed the agency’s climate-friendly approach to land planning – now exists only in archival form. State Department pages describing the Montreal Protocol, a global effort signed in 1988 to protect the ozone layer, are similarly displaced.

The EPA appears to have been hit the worst. Two hundred of the original 380 web pages on climate and energy resources for state, local and tribal governments are now accessible in archival form only. What’s more, the word “climate” is no longer in the official website’s title.

The EPA also removed the website for the Clean Power Plan, a signature Obama-era regulation that the current administration hopes to repeal.

3. Language has been altered

Departments have scrubbed websites of environmental terms. The term “climate change,” for instance, no longer exists across certain web pages of several agencies, such as the White House, the Department of Transportation and the Department of the Interior.

Within the Department of Energy, the Clean Energy Investment Center removed the term “clean” from its title. The Government Accountability Office deleted an online warning that “oil and natural gas development pose inherent environmental and public health risks.”

In other cases, language has been changed to reflect the new administration’s agenda. For example, the Bureau of Land Management removed “Clean and Renewable Energy” from its list of national priorities, adding “Making America Safe Through Energy Independence” and “Getting America Back to Work” instead.

4. Science has been silenced

But website changes and deletions are just the tip of the iceberg.

The silencing suggests that the administration values “pro-growth” policies over environmental goals and stands with industry, no matter the cost.

In most cases, it’s not possible to know who ordered and administered these changes, whether agency staff working independently or the Trump administration itself.

History shows us how public information on government activities has changed to reflect the policy directives of different administrations. The Bush era saw a similar chilling affect on scientific research and environmental regulation. Several scientists at the time came forward to accuse the administration of censoring public awareness efforts about climate change.

In recent years, the US has reduced its own greenhouse gas emissions. And the Obama administration invested in combating climate change and making related information more available to the public. Now that information is being stifled, but climate change continues, whether it’s documented or not.

These changes are not just damaging to those trying to address climate change. In our view, burying climate science diminishes our democracy. It denies the average citizen the information necessary to make informed decisions, and fuels the flames of rhetoric that denies consensus-based science.