Tokyo 2020 Olympics confirms use of rainforest timber in stadium build 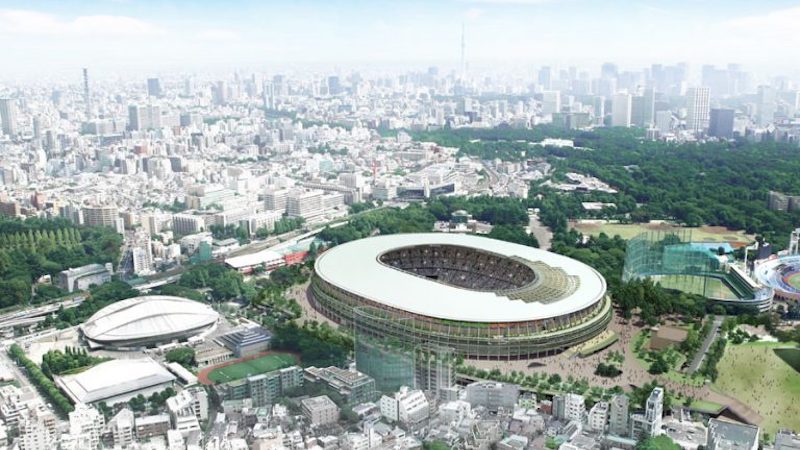 The Tokyo 2020 Olympics organising committee has confirmed that 87% of the plywood panels used to build its new national stadium come from southeast Asian rainforests.

But the timber cannot be traced back to its original source under the committees’s certification protocols, which have been censured by campaigners for a lack of due diligence.

The admission, posted posted online earlier this month followed a request by 44 NGOs in December 2016 for assurances that timber used in Olympic projects would not be “illegal, unsustainable or linked to human rights violations”.

Peg Putt, a spokeswoman for Markets For Change, welcomed the Tokyo 2020 committee’s disclosure, but said that it confirmed her group’s worst fears.

“We are appalled by the substantial volume of tropical wood that has been used thus far and by the glaring lack of due diligence exercised to ensure the sustainability and legality of the wood being used,” she said.

The committee had “failed to provide meaningful assurance that the timber used for Olympics construction was harvested legally and sustainably,” she added. “It exposes the massive extent of irresponsible procurement.”

Plywood being used in Japan’s Olympic construction projects is mostly for formwork or moulds – into which concrete is poured once or twice, before being disposed of. Of itself, environmentalists see this as a wasteful use of tropical wood.

On paper, the Tokyo committee’s sustainable sourcing code requires that the timber it uses is legal, planned, and “considerate” towards ecosystems, indigenous peoples and workers, who should be appropriately protected.

However, it has no obligation for full traceability back to the forest of origin, even when timber is sourced from high risk countries, such as Indonesia and Malaysia.

Hana Heineken, a senior campaigner for Rainforest Action Network, said: “The overwhelming majority of wood used [in the Tokyo stadium] was uncertified plywood extracted from tropical rainforests in Indonesia, an epicentre of biodiversity that is suffering from one of the world’s highest rates of deforestation.”

A further 3% of the panels used came from Malaysian plywood, supplied by companies such as Shin Yang, which has been linked to destructive and potentially illegal logging practices.

In 2017, indigenous leaders from the Malaysian section of Borneo called on the Tokyo committee to stop sourcing timber from the forests of Sarawak because of the industry’s impact on traditional lands and life.

Indonesia and Malaysia were among the top 10 countries suffering dense tree cover loss in 2016, much of it linked to oil palm, pulp and paper industries.

Around the world, an area of forest the size of New Zealand – 29.7m hectares – disappeared that year, the highest level on record.