The Balearic Islands government is setting out to prove the holiday destination can run on cheap, clean electricity with a proposed climate law 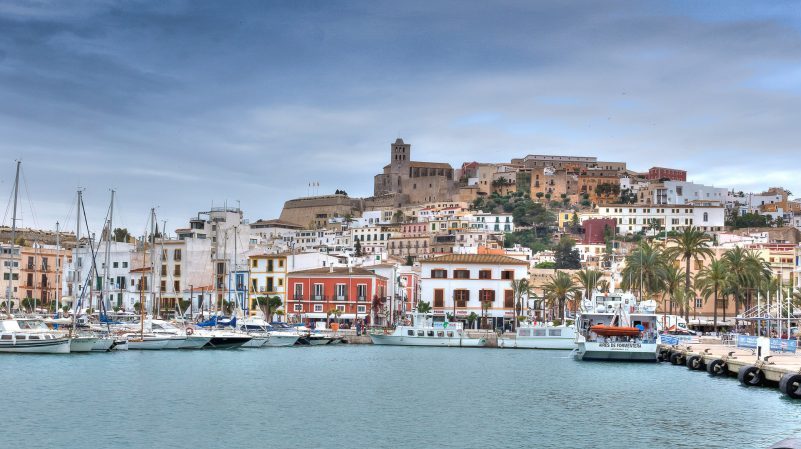 Four Spanish islands are aiming to go to 100% renewable electricity by 2050, under a climate law proposed on Thursday.

Mallorca, Ibiza, Menorca and Fomentera currently depend on a coal plant for nearly half of their power supplies and get only 2% from renewable sources.

The Balearic government wants to change all that, making the popular Mediterranean holiday destination into a beacon of sustainable tourism.

“With this law we want to make what’s often our biggest challenge – our nature as islands – into an opportunity,” said Joan Groizard, energy director in the regional government.

“Moving to 100% clean energy and mobility should be easier here than on the continent, so it’s our responsibility to get working on that head start.”

There is a majority in favour of a transition to clean energy in the Balearic parliament, Groizard told Climate Home News, including some members of the opposition.

But expansion of wind and solar power so far has been held up by local objections to the visual impact. And the region is on a collision course with Madrid, where the energy ministry has rejected a key element of the plan: closure of the Es Murterar coal power station by 2025.

Their disagreement centres on the projected costs of the transition. In the short term, more expensive gas is expected to plug the gap left by taking coal offline. Existing gas plants have the capacity to increase output.

There are also costs associated with keeping Es Murterar open. Two of the plant’s four units would require upgrades to stay open beyond 2020, under EU pollution rules, at an estimated €100m.

Central energy minister Daniel Davila has claimed the transition would cost €200 million ($250m), while Palma’s Marc Pons said it would be €10m at most.

A spokesperson for Spain’s energy ministry said they were waiting to see the specifics of the Balearic proposal, but it would need to align with national policy.

“In the Balearics, the difference in the cost of energy production is subsidized and included in the electricity bill of all the Spanish citizens,” the spokesperson said. “Therefore, the different Spanish administrations have to reach a consensus regarding the energy policy.”

Pons and Groizard are set to meet EU climate commissioner Miguel Arias Cañete on 20 February to appeal for support. Cañete is a member of Spain’s ruling Partido Popular (People’s Party) and was instrumental in negotiating the Paris Agreement on climate change.

If unresolved, the dispute may go to the constitutional court, the fate of parts of Catalonia’s regional climate law.

“It is infuriating and hard to understand why Madrid is blocking the aim of the Balearic Islands to switch to clean energy,” said Sarah Oppenheimer, a campaigner who moved to Mallorca recently with her Spanish partner and children.

“It seems so obvious that a place so abundant in sunshine should take advantage of its resources and reap the benefits of cleaner air, more local employment, and reduced emissions, especially now that solar energy is so competitive and often cheaper than fossil fuels.”

Key points of the draft climate law include:

It takes inspiration from Denmark and Germany on community ownership of renewables, which can boost local support, and the UK on governance arrangements to lock in action over the long term.

Spain is expected to publish a long-awaited national draft climate law in the coming weeks. The government spokesperson said it had an “ambitious policy” on renewable energy and would meet its commitments to the Paris Agreement.