Environment ministry paper sets out system for evaluating and responding to national health crisis, a move once seen as inconsistent with growth 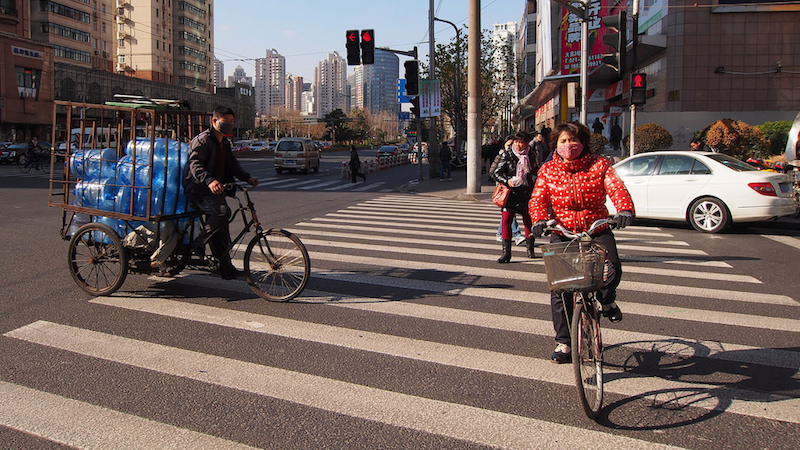 China exceeds global limits for air pollution, but the government has been hesitant to monitor the health impacts (Photo: Wilson Hui/Flickr)

The government also said it would receive and investigate public complaints about exposure to pollutants in the air, water and soil.

A policy document posted on the Ministry of Environmental Protection (MEP) website on Monday laid out procedures for the government to respond to these human health problems. It also said it would evaluate health risks in specific industrial regions, major river basins, development projects and contaminated sites.

It lays out which government offices will be responsible for the protection of human health from pollution and sets in motion a national investigation to assess the extent of the problem in China.

Though the document is still billed “for trial use”, it is the first attempt by Chinese government agencies to address the impact environmental pollution has on public health, according to Ma Jun, director with the Beijing-based Institute of Public and Environmental Affairs.

The country’s pollution crisis has worsened over recent years. The growing urban middle-class in China are increasingly worried about the safety of the air they breathe and water they drink.

“But so far, there have been no concrete programmes to materialise such a principle,” said Ma. “This move by the environment ministry is the first step in terms of implementation.”

Authorities have worried over-stringent environmental rules would dampen industrial plants’ competitive edge. In 2011, a deputy environment minister told a press conference it was unrealistic for China to adopt health-based environmental standards as the economic losses would be unbearable.

Scientific studies in Europe and the US that found links between contaminants and disease have set in motion strict environmental regulation. Yet in China, there have been such few government-backed studies. A joint programme by environmental and health authorities to gauge smog’s health impact, initiated in 2013, has yet to release its findings.

This week, the ministry said that it would be “establishing a technical system for monitoring and evaluating environmental health risks”.

Ma cautioned that limited coordination and data sharing between the health and environment ministries posed a challenge for the meaningful implementation of the newly unveiled policy plan.

“The authorities need to make public their findings about the health risks, only by doing so genuine changes can be expected,” he said.

The document did not mention whether the health impacts of climate change would be studied. Climate policy is guided by the National Development and Reform Commission – the economic planning body. But should health-based reforms lead to a reduction in air pollution from coal plants, it would have a significant effect on global carbon emissions.