Baltic state lobbied for flexibilities in EU rules to enable a dramatic increase in forestry, turning its thriving woodland into a net emitter of carbon by 2030 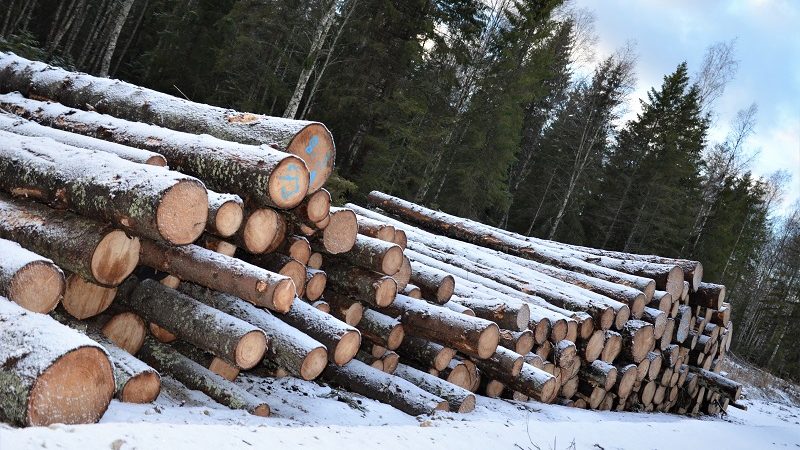 Logging has tripled in Estonia in the past decade (Pic: Arthur Neslen)

By Arthur Neslen in Tallinn

A quarter of Estonia’s forestland is at imminent risk from a major logging increase, aided by “flexibilities” in EU rules that the Baltic state championed.

That is the warning from conservationists, as the scars of clear-cutting show commercial demand for wood is already changing the landscape.

Estonia’s logging volumes have almost tripled in the past decade. The European Commission expects Estonia’s forests to become a net carbon source by 2030, rather than a sink, as they are today.

Asko Lohmus, a conservation biologist at Tartu University, fears dramatic results. “I think that 25% of our forest is immediately at risk, according to the current legal regulations,” he told Climate Home News.

“Added to that, [another] 20% of the forest area is already clear-cut or a regenerating thicket less than 20 years old, that does not resemble a forest. Plus we have an actual forestry development plan which promotes cutting it down in larger volumes than would regenerate.”

Visiting in December, much of the country’s interior bristles with pine, aspen, spruce and birch, which flourished under decades of Soviet rule. Along the highway from Tallin to Tartu, rows of trees are dimly backlit in grey-green and snowy hues by a winter sun that flatlines on the horizon.

Stare too long though and shards of sunlight will blind you as they suddenly poke through holes in the green curtain. Something is changing in Estonia’s hinterland. 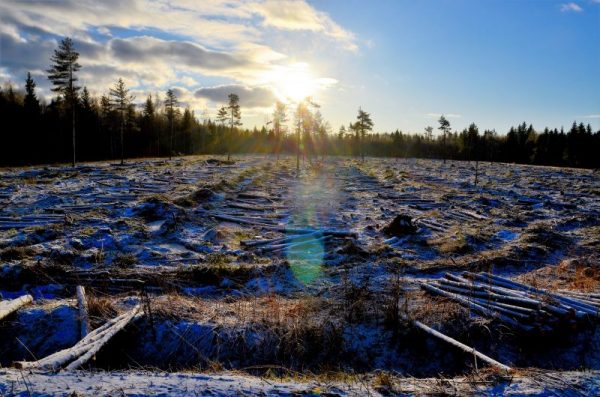 The government is still counting some clear-cut areas as forest (Pic: Arthur Neslen)

A detour through Väätsa forest reveals thousands of tree husks strewn across copses, like victims on a battlefield. Freshly cut logs are stacked by roadsides, some next to fields full of deep ruts and gouge-marks from the use of heavy machinery.

Leo Eensoo (pictured), a small forest owner, says spruce or birch trees sell locally for around €50-60 each, depending on their height.

Many elderly land owners have been persuaded to sell whole forests, Eensoo said, adding that he had recently turned down a financial offer from the state forest management authority to fell trees on his land. 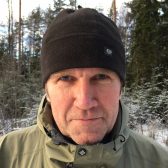 “I said no because I see the forest changing,” he told Climate Home News. “It is shrinking. They are clear-cutting too fast, in too many areas. If we don’t stop now, it might take 80 years to get the forest back.”

Estonia has the EU’s second most intensively farmed forests (after Belgium), with logging making up 91% of forest activity. It is also the OECD’s most carbon-intensive country, depending heavily on shale oil for its electricity.

To meet EU green targets, the Baltic state burns biomass for the vast majority of its renewable energy – 96% in 2012 – and more will be needed by 2030. A billion-euro “biorefinery” is due to open in 2022, churning wood into pulp for applications including power generation. This raises fears among conservation scientists of a catastrophic spike in deforestation under the banner of renewable energy.

On Wednesday 17 January, the European Parliament votes on a proposal to ban the use of whole trees in sustainably certified biomass. Last month, 15 experts – including eight lead authors of UN climate science reports – warned that the EU’s plans would otherwise “increase global warming for decades to centuries, even when wood replaces coal, oil or natural gas”.

The scientists wrote: “By 1850, the use of wood for bioenergy helped drive the near deforestation of western Europe even at a time when Europeans consumed relatively little energy. Although coal helped to save the forests of Europe, the solution is not to go back to burning forest.”

The Estonian government insists that its own forest area will not shrink as a result of the extra logging it has planned. Inventory data in its forest development plan claims that its forest area and reserves have actually grown by 10% in the last eight years.

“Of course people have problems with clear-cutting,” said Marku Lamp, the deputy chancellor of Estonia’s environment ministry. “This is something that we must address more by [explaining] what is behind those forest management practices and why we need them.

The government insists though that 53% of the country is still woodland. “We [also] have a really clear obligation for forest owners to reforest their clear-cut areas,” Lamp added.

But satellite data shows that more than 285,000 hectares (2,850 sq km) of Estonian forest has disappeared since 2001 and Lohmus, recently voted “person of the year” by the Baltics’ largest newspaper, says that only 43% of the country is forest, when clear-cut areas are not counted.

Campaigners say so-called flexibilities in EU carbon accounting rules further obscure the scale of destruction. In the last days of its six-month EU presidency, Estonia inserted an annex to the regulations allowing around one million extra tonnes of CO2 to be removed from its 3.07m tonne forest carbon sink by 2030.

On paper, the measure is a “compensation limit” to prevent nations’ emissions obligations interfering with economic growth. Hanna Aho from the NGO Fern described it as a “loophole” that “undermines the Paris agreement and is simply unforgivable”.

“The forest sector is being allowed to increase its emissions while everyone else is being asked to reduce them,” she said. “Forests are the best and most reliable tool we have to suck carbon from the atmosphere and cool the climate. We should be doing everything to protect them.”