Amid conflict since Muammar Gaddafi was deposed in 2011, gas pipelines have been shelved, leaving two new power plants reliant on burning crude 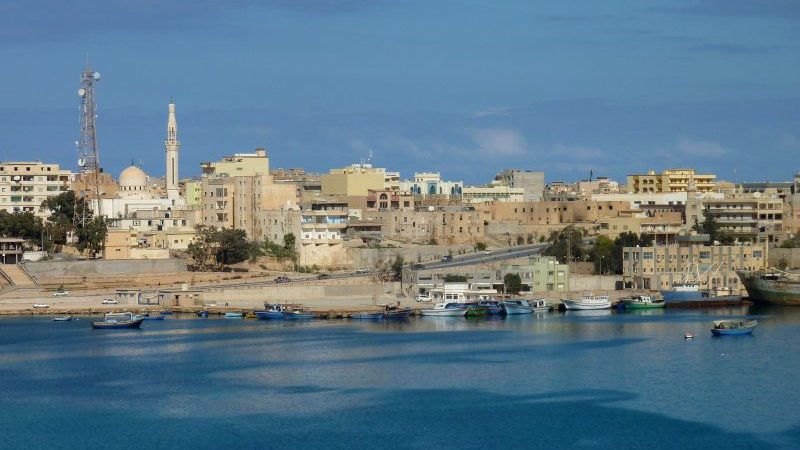 Libya is turning to crude oil to solve electricity shortages, as the threat from Islamic State holds back gas infrastructure development.

Two new plants at Ubari in the southwest and Tobruk in the northeast are primarily designed to run on gas. But in the absence of pipelines to deliver the fuel, both will instead burn oil, emitting roughly double the greenhouse gases.

In the instability since former leader Muammar Gaddafi was toppled in 2011, the imperative to address frequent power blackouts is taking priority over environmental protection.

“It’s more a strategy of necessity than a deliberate approach to burn oil for power,” Richard Mallinson, analyst at London-based Energy Aspects told Climate Home News. “In a more stable environment they’d aim to have everything connected up when it came on stream. But they have an urgent need for power.”

The 640MW power plant at Ubari is expected to be commissioned in the coming weeks. Gas fields in the southwest are connected by pipeline to an export terminal in Mellitah, but the pipeline stops about 300km short of Ubari.

The 650MW Tobruk plant has a similar problem. Libya’s main gas pipeline runs along the Mediterranean coast between the capital Tripoli and Libya’s second city, Benghazi, but it stops about 400km short of Tobruk.

Libya bucks the global trend away from oil-fired power generation, which in most parts of the world is used as a last resort. Even oil-rich nations see more value in exporting the product than squandering it in inefficient power plants.

“Oil is gradually being phased out,” said Mallinson. “Saudi Arabia, Iran and Iraq have all had a lot of oil-fired generation, but they are trying to displace it with gas so they can sell their oil.”

Libya’s government didn’t plan things this way. In 2007, they drew up a gas strategy that included extending the domestic gas supply network.

But most of those infrastructure projects are on hold, developers deterred by the threat from Islamic State (IS) militants. Fuel supply to existing facilities is inconsistent.

Often there are unscheduled blackouts too, due to parts of the country refusing to shut down when scheduled or to attacks on power infrastructure by disgruntled local groups or political factions.

On 12 January 2017, the Zawiya power plant in the northwest was forced to switch to diesel generation when protesters shut down gas supplies to the facility.

The subsequent fall in output caused 12-hour power outages in Tripoli and a three-day blackout across the south of the country. Had gas supplies been cut for any longer, the results would have been a “total blackout,” said Gecol at the time.

Gecol’s efforts to encourage more moderate consumption and coordinated load shedding failed to prevent further unplanned outages throughout the year. There were blackouts across the country in late June and July as summer power demand peaked. Parts of the south were without electricity for up to a week at a time.

Power production is not the only aspect of environmental protection that is suffering from the vacuum of authority at the heart of Libyan politics. Environment policy on both a national and local level is essentially non-existent.

“There’s uncollected waste in Benghazi and Tripoli, the sewerage system has collapsed, and I suspect there’s no regulation of fishing,” said Geoff Porter, head of US-based North Africa Risk Consulting. “The environmental degradation we’re seeing in Libya is a direct consequence of the complete collapse of the state.”

State authority in Libya is divided several times over. The parliament in Tobruk has for almost two years refused to endorse the cabinet nominated by the internationally recognised executive in Tripoli that was formed following the Libyan Peace Agreement in December 2015.

The previous internationally recognised government, formed in 2014 and based in the eastern town of Baida, continues to exert authority over certain parts of the country. Factions from its predecessor in Tripoli also reject the 2015 peace deal.

All this is made considerably more difficult by the fragmentation of military capacity between hundreds of militias. The Libyan National Army is national only in name and is not recognised by the Tripoli government, but its leader Khalifa Haftar is keen to fashion a key role for himself in any political settlement.

Haftar’s forces have enjoyed some success in forcing IS militants from the town of Derna in the northeast and more recently from Benghazi. Militias from Tripoli and Misrata, backed by US air power and French and British military expertise, have meanwhile forced IS from its base in the town of Sirte.

But IS cells continue to threaten the security of key infrastructure and the safety of workers, particularly those from overseas. This makes it extremely difficult to rehabilitate existing infrastructure, let alone build new facilities.

The Ubari power plant was due to come on stream in November. But project partners Enka Teknik and Siemens withdrew their staff from the plant in November after three Turkish workers and a South African, all Siemens employees, were kidnapped outside Ubari airport.