To phase out coal, world leaders should learn from tobacco action

A few countries are set to join the coal phase-out club at the One Planet Summit in Paris on Tuesday, but more levers will be needed to bring major coal users in line 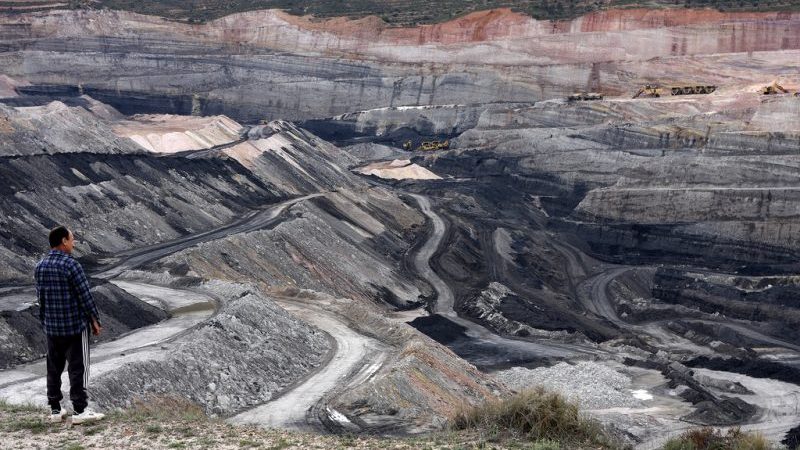 A coal mine in Aragon, Spain (Pic: Flickr/Jennifer Woodard Maderazo)

On the sidelines of the UN climate conference in Bonn last month, Canada and the UK spearheaded the launch of the Powering Past Coal Alliance (PPCA).

In a marked opposition to the Trump administration’s climate denial, PPCA unites nineteen countries, including France, and eight subnational governments. The Alliance’s goal is “to accelerate clean growth and climate protection through the phase-out of… existing traditional coal power” and placing “a moratorium on any new traditional coal power stations”.

PPCA is aiming to double its membership within a year, with more coal phase out announcements expected at the One Planet Summit in Paris on 12 December.

Yet critics have pointed out that the Alliance unites mainly the countries that have little or no coal use, while large coal producers and consumers such as Germany, Poland, the US federal government, Australia and many Asian nations are conspicuous by their absence.

Taking the world “beyond coal” will require more than PPCA in its present form. Fortunately, international governance has a useful precedent. Coal phase-out champions should learn from the global action against tobacco.

Indeed, coal is the tobacco of our time: a deathly addiction. Coal kills about the same number of people as passive smoking: 800,000 per year. (Active smoking annually takes another six million lives).

It was in the mid-1990s that, in the face of the alarming evidence of the global tobacco epidemic, civil society pushed for “an international instrument… to be adopted by the United Nations”. The outcome was the World Health Organisation’s Framework Convention on Tobacco Control (WHO FCTC) that came into force in 2005.

The tide of smoking in developing countries has not yet been reversed, but the successes in the developed world offer insights for coal phase-outs. On average, smoking rates across 126 countries (both developed and developing) fell from 24.7% of the population in 2005 to 22.2% in 2015. Global cigarette consumption peaked at 5.95 trillion sticks in 2012 and declined by 8% to 5.5 trillion in 2016.

Time will show whether the PPCA members can negotiate something similar to the WHO FCTC – a global treaty that sets the bar against which countries can design and implement their restrictions on coal. But while negotiating a new agreement within the UN system or a coalition of the willing takes a lot of effort, other international forums are already available.

Take international trade and investment law, which have been a battlefield between tobacco opponents and proponents for years, and where recent lawsuits resulted in decisive defeats of the tobacco industry.

It is also only a matter of time before the first lawsuit over subsidies to fossil fuels is put before the dispute settlement body of the World Trade Organisation (WTO). For example, a potential case within its competence can involve one of the world’s largest and climate-harmful coal mines, the Adani mine in Australia.

The Adani mine is a classic example of a zombie energy project the economic viability of which depends on government support. The mine developers are seeking an A$ 900 million ($690 million) loan from the Australian federal government to construct a railway from the mine to a port of export. If provided, the loan would constitute what appears to be an illegal subsidy under the WTO rules. Challenging such fossil fuel subsidies is an international opportunity for climate leadership.

In 2015, the Paris Agreement included “the imperatives of a just transition of the workforce and the creation of decent work and quality jobs” for people and countries that heavily depend on fossil fuels. The same year, the UN International Labour Organisation (ILO) published just transition guidelines.

The experience of diversification in the tobacco-growing industry offers positive stories and evidence of manageable economic impacts, with a possibility of transition support being funded out of increased taxes on tobacco consumption.

Coal workers and coal-dependent countries need to see a future for themselves in climate action. A just transition for them can be supported by carbon taxes and savings from fossil fuel subsidy reform.

At and beyond the One Planet Summit, it is high time that climate leaders start thinking of an international treaty on coal control and urgently use such forums as the WHO, WTO, talks on the reform of international investment agreements and the ILO – as well as the climate talks.

Ivetta Gerasimchuk, is a PhD researcher at the International Institute for Sustainable Development, tweeting as @Ivetta_G

James Bacchus is the founder and former chairman of the Appellate Body of the World Trade Organization, and a former member of the US House of Representatives