Kerrie Foxwell-Norton in the Maldives" />

What would Hannah Arendt have seen on a beach covered in plastic bottles?

Only banal good can defeat banal evil. Kerrie Foxwell-Norton writes from the rubbish-strewn beaches of the southern Maldives 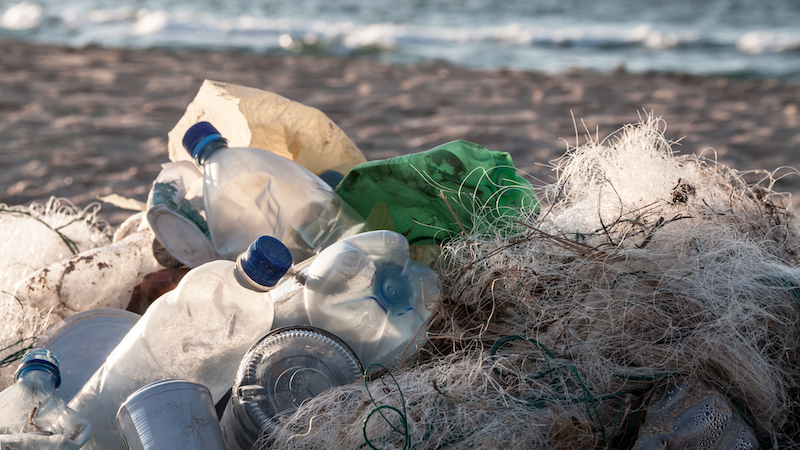 By Kerrie Foxwell-Norton in the Maldives

Finding myself one minute from the equator in the middle of the Indian Ocean, on a wooden boat, presents a few unanticipated challenges.

Foremost is the stark reminder that the Earth is mostly blue, salty water. This is easily forgotten when my Australian life is spent mostly on land, of which there is comparatively little in the Maldives.

Burning carbon on the flight here, I watched a film about philosopher Hannah Arendt. It is a glimpse of the controversy that followed her essays about the Nazi war crimes trial of Adolf Eichmann. Arendt is presented as profoundly misunderstood by those who misconstrue her attempts to understand ‘the banality of evil’ as she famously coined, as an effort to justify it.

Arendt concluded that evil prospers when humans fail to think for themselves. The officers of Hitler’s Reich are very ordinary men of no particular distinction that acted mindlessly; they obeyed without thought for consequences. The conditions that allowed evil to prosper during the Holocaust were not the sum of men’s thoughts but rather the consequences of their thoughtlessness.

In 120 (albeit limited) movie minutes, this is what I learnt of Arendt’s work and her passionate pursuit of good ‑ and her conflicted engagement with evil’s avoidance. It was a brief but timely tutorial before we arrive in the Maldives.

The Maldives are unspeakably beautiful. It is such a quintessentially tropical island paradise, it is almost a caricature. I’m incredulous. Palm trees sway in the breeze, white sandy beaches and waters that are true aquamarine.

And then I step onto an uninhabited island for a sunset walk. Immediately I see mostly plastic water bottles strewn along the foreshore and more plastic rubbish. Every island I visit on our surf safari, the beauty of the Maldives is soured by plastic water bottles. Plastic water bottles are consumed thoughtlessly on our surf trip too, and everywhere. On planes, trains, cars, at sporting events, in offices, homes and on holidays. It is a plague of epic proportions evident even here in the southern atolls of the Maldives where boats are many and people are sparse.

I begin to think plastic water bottles may be evil.

They are the epitome of the often daily, banal, planetary vandalism that creates climate change. They are a beacon of fossil fuels in both form and production, symptomatic of insatiable mindless consumption and geopolitical injustices. In this water world, these bottles speak to one of the key challenges of climate change: how do you empower or mobilise humans to care for places where they are not present? And in particular, these mostly uninhabited water places that constitute the greatest proportion of the earth?

I talk to our boat’s captain about the bottles and he shrugs his shoulders in defeat.

“What can we do? We collect the water bottles and clean up the beach at home and put them in a place but no one comes to collect them. There are no bins.” 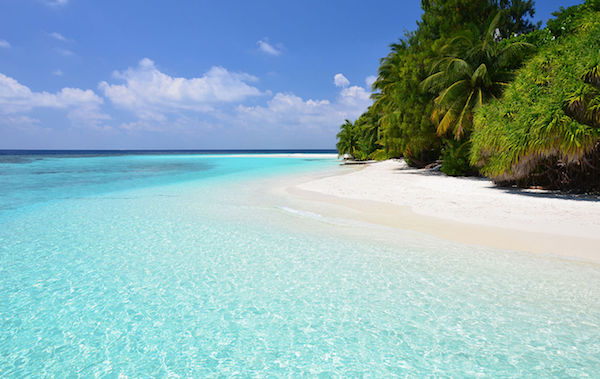 We share a moment of consoling each other for our sense of powerlessness and the futility of our efforts in the face of such magnitude. He tells me he has noticed the death of the corals too. “Now, no good”, he says.

Industry, science and governments – the big end of town – play a critical role in climate change responses, but I’m increasingly disenchanted by their discussions. There is little solace for me, or my Maldivian boat captain in these slow churning machinations of responsibility, diplomacy and administration. And it never seems long before the discussion turns to a roomful of mostly men, massaging their numbers: the 1.5, 2.0, 350 parts per million, the 365; the metres; the years; the graphs.

Who might be able to help us, those outside the corridors of power to think again? To be conscious and as urgent about the everyday mass evil of the proverbial ‘plastic water bottle’ and the ecocide they signal, as we are about the evil of genocide?

In what by now must seem a fairly eventful plane journey to the Maldives, I read about a new thinker:  Fathimath Thanzeela Naeem or ‘Thanzy’. In response to development proposals and rampant pollution and trash, she founded Save the Beach Maldives, a local organisation dedicated to local participation and action in beach and reef protection. Their work helps buffer corals against the impacts of climate change, such as the bleaching lamented by our captain.

You won’t find Thanzy and the millions of others like her at the fore of climate change discussions or national statements of efforts to decrease carbon emissions. And yet, these local individuals and organisations work at the shorelines of climate change responses.

This is where the ordinary evils of climate change can be known and changed at the everyday level of people and their places. For whatever reason, we care most about our homes. Communication of, and action on climate change and other environmental issues is best mindful of this principal relation first.  Our efforts then have the best chance of being meaningful to the people we need to care – to be the caring custodians, the environmental stewards of where we are – with impacts on the places we are not.

These everyday people are the Oskar Schindler’s of climate change waiting for the ‘allied troops’ to arrive but in the meantime, leading climate change responses in ways that are relevant, tangible and as often, unauthorised. They are the banality of good.

Kerrie Foxwell-Norton is a senior lecturer at Griffith University, Australia. Her research focus is communication of coastal and marine environments.  She is the author of Environmental Communication and Critical Coastal Policy: Communities, Culture and Nature (2018) and co-author (with Robert Hackett, Susan Forde and Shane Gunster) of Journalism and Climate Crisis: Public Engagement, Media Alternatives (2017).