Leader of North Rhine-Westphalia, who is leading the CDU’s coalition talks on energy, said mines across Germany could be closed by the decade after next 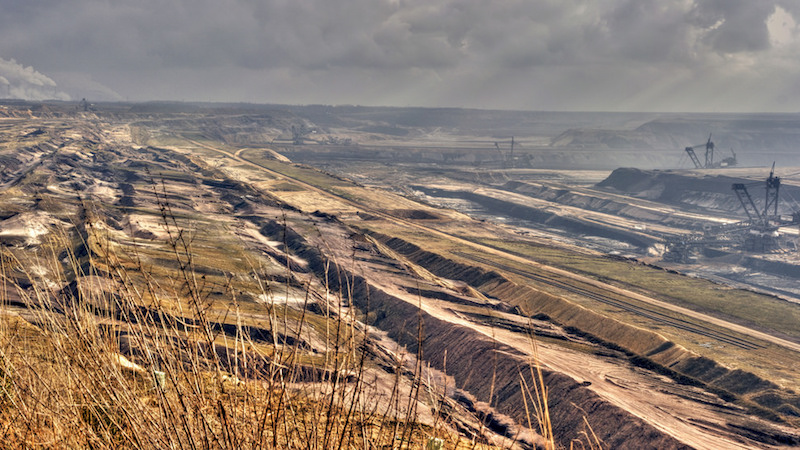 The Garzweiler II mine in North Rhine-Westphalia (Photo: Bert Kaufmann)

German coal use could end by the 2030s, the politician charged with brokering a coalition government deal on energy told Climate Home News.

The comments came amid a critical political discussion over a coal phase-out in Germany, a UN climate conference in Bonn and news that German carbon emissions are likely to rise again in 2017.

Armin Laschet, the minister-president of North Rhine-Westphalia and a member of chancellor Angela Merkel’s Christian Democrat party (CDU), has been locked in negotiations with Greens and Free Democrats over the future of coal in Germany.

The Greens have called for an end to the burning of coal in Germany by 2030.

In an interview, Laschet told CHN that coal mining in Germany could end inside the next two decades.

“We don’t have an end date,” he said. “The expectation is it could be the thirties.” In his state, it was possible mines could close by the beginning of the 2030s, he said.

Laschet was speaking at the Climate Summit of Local and Regional Leaders, held on the sidelines of the UN Cop23 climate talks in Bonn.

In remarks to the summit, Laschet said his own state had built its prosperity on coal. If North Rhine-Westphalia (NRW) were a country it would be the 19th largest economy on earth, he said.

“We know coal must be reduced in Germany,” he said. Black coal mining would end in NRW in 2018. But he said mining for brown coal (also known as lignite) – a cheaper but more carbon intensive form of coal – would “continue for some years yet”.

Laschet told CHN the speed of that coal phase-out was dependent on developments in energy storage, which can smooth out the peaks and troughs of weather-dependent renewable energies.

He said the faster phase-out Greens were calling for would compromise grid stability. Broadly he said, the Greens had adopted a position where they wanted to see a cut of 8-10GW of coal power. He said the CDU felt they could cut by 5GW. He did not say what the timeframes for those cuts would be.

Responding to his comments to the summit, former UN climate chief Christiana Figures told Laschet the only negative from her time leading the climate secretariat based in Bonn was watching coal boats shipping the fuel down the Rhine. It was “painful”, she said.

“Coal is the first fossil fuel that needs to leave ASAP,” said Figures.

Germany hosts the climate talks amid criticisms of their efforts to reduce emissions. On Friday, energy market analysts AG Energiebilanzen forecast that energy-related CO2 emissions were set to rise slightly in 2017. Carbon emissions in Germany also rose in 2016.

A leaked paper from the environment ministry noted that this failure would be a “disaster” for Germany’s reputation on the world stage.

Indeed at talks this week, the failures of developed countries such as Germany to meet their 2020 targets has become the major sticking point. With European nations joining other wealthy countries in trying to avoid a proposed discussion of the issue.

Germany is trying to phase out nuclear and coal at the same time. That presents major challenges, said Laschet.