Supersonic, super-rich, super-polluting: the next generation of business jets

Hundreds of extra fast jets could be flying over Europe within ten years, but documents show the EU preparing to cede oversight of their huge CO2 emissions 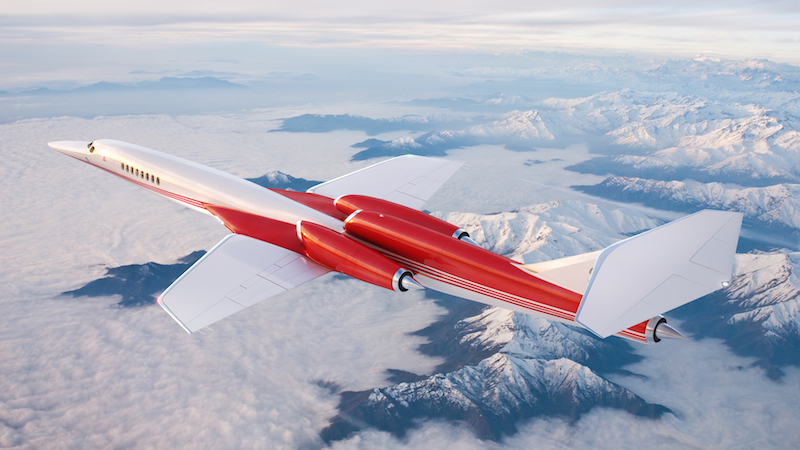 A new fleet of supersonic jets for the super-rich could be flying over Europe within ten years, sparking calls from environmentalists for the EU to urgently regulate their CO2 pollution.

Concorde, the world’s last commercial supersonic aircraft, generated three times more noise, NOx and CO2 than today’s subsonic planes and contributed five times more to global warming, due to the high altitudes at which it released its emissions.

No carbon dioxide regulations, either international or European, have so far been put in place for the next generation of supersonic aircraft, which the International Civil Aviation Organisation (Icao) expects to begin certifying by as early as 2020.

There are already hundreds of these jets planned. Aerion, a US startup which has already received over $100m in investment to design an A-S2 supersonic business trijet with Airbus, told Climate Home it expected its first planes to come to market in 2025.

“We anticipate beginning construction in 2020 or 2021,” said Jeff Miller, Aerion’s vice president for communications. “Our production target is 36 aircraft a year and we see a market for about 600 supersonic business jets.” Flexjet has already placed a $2.4bn order for 20 of the planes.

The firm’s jets would be small, heavy and capable of shaving off up to half the long haul flight time for what one analyst called “the 1% of the 1%” of business travellers who can afford it.

The A-S2’s modern turbofan engine will minimise aerodynamic ‘drag’ and make it at least 20% more fuel efficient than its cone-shaped predecessor, according to the firm’s calculations. This would still be significantly more polluting than today’s subsonic aircraft.

“We will meet all the latest standards for CO2 and NOx and any other kind of emissions,” Miller said, adding the engine designs were based on cutting edge “efficient” technology.

Supersonic jets are too heavy to fall within current standards and Daniel Rutherford, the aviation director of the International Council on Clean Transportation, which uncovered the VW diesel scandal, was sceptical about the jets’ ability to meet the existing limits for lighter craft.

“My understanding is that the newest supersonic designs being developed would fail Icao’s subsonic CO2 standard by a wide margin,” he told Climate Home News. “It takes a lot of energy to accelerate and then operate an aircraft at supersonic speeds. On an real-world basis, I’d expect even improved supersonic aircraft to be twice – or even more – carbon intensive than a modern subsonic aircraft. Speed kills.” 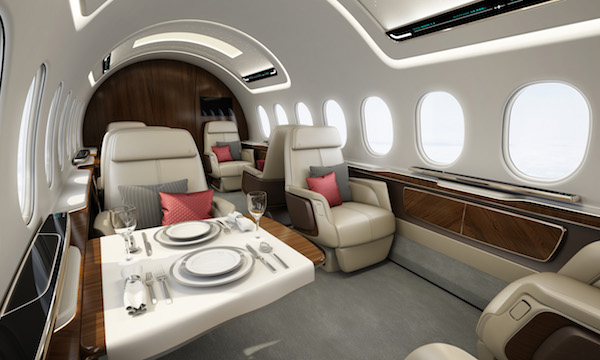 The AS-2 will shave off up to half the long haul flight time for what one analyst called “the 1% of the 1%” of business travellers who can afford it (Image: Aerion)

The current lack of standards for supersonic jets is creating “a chicken and egg situation”, according to Tim Johnson, the director of the Aviation Environment Federation (AEF).

“On the one hand, industry argues that you need new data to develop standards because you only have old data from Concorde,” he said. “So you have to develop prototypes. But our fear is that once this has been done, the standards are usually set around the technology, because of the money that has already been invested in it. We are obviously very alarmed about that. We’d like the standards to drive the market and not the other way around.”

To the contrary though, the European Council of EU ministers is pushing for the approaching supersonic fleet to prioritise any standards that emerge from Icao over EU environmental law.

An EU working document dated January 2017 says that where noise and polluting emissions are concerned, all airplanes, engines and parts in the supersonic class “shall comply with the [Icao] environmental protection requirements”.

No other Icao states or actors have waived their right to set stronger environmental regulations in advance of potential measures at the global aviation forum, according to green think tank T&E and the AEF.

Bill Hemmings, the aviation and shipping director of T&E, said: “Europe’s countries promised that the next generation of supersonic jets would only be allowed to operate in Europe with public acceptance.

“But EU officials could be completely undermining this commitment when taking decisions behind closed doors at Icao and at the EU Council if the proposed powers of Europe’s aircraft certification body… are curtailed,” said Hemmings.

Aerion technicians say operators of its business jets would have to offset their emissions under Icao’s Corsia carbon offsetting scheme if they emitted more than 10,000 metric tones of CO2 a year in international airspace. Miller said Aerion viewed Icao, not regional or national governments, as the appropriate venue for global aviation regulations.

The firm is far from alone in developing supersonic jets that could fly under the regulatory radar. Spike aerospace, funded by Wall St investors, is planning high speed flight tests next year ahead of a roll out of its S-512 business jets by 2023.

Boom also expects flight tests next year for its 55-seat XB-1 supersonic plane which should be brought into service in 2023, with support from investors in Silicon Valley, London and New York. Virgin’s Richard Branson has promised to buy its first ten supersonic jets and five unnamed airlines have reportedly ordered 76 of the jets.

Concorde, which made its last flight 14 years ago, regularly provoked sharp intakes of breath with sonic booms that broke the sound barrier. Aerion’s A-S2 will only reach speeds above Mach 1 (around 1000mph) over water, and fly at an altitude of 51,000 ft – compared to Concorde’s 60,000 ft. A NASA supersonic X-plane which allegedly makes a ‘soft thump’ rather than a ‘sonic boom’ is due to go into construction at Lockheed Martin next year.

Funding for such ventures is usually a closely guarded secret, although Boom said it had taken in $41m earlier this year. That is still a drop in the ocean compared to the $4bn Aerion says it will need for development and certification in 2025.

Funded by the oil billionairre Robert Bass, Aerion is collaborating on the A-S2 project with Airbus Defence and Space, which Miller says has made “a substantial contribution” to the engineering of its fusillage, wing structure and fly by wire systems.