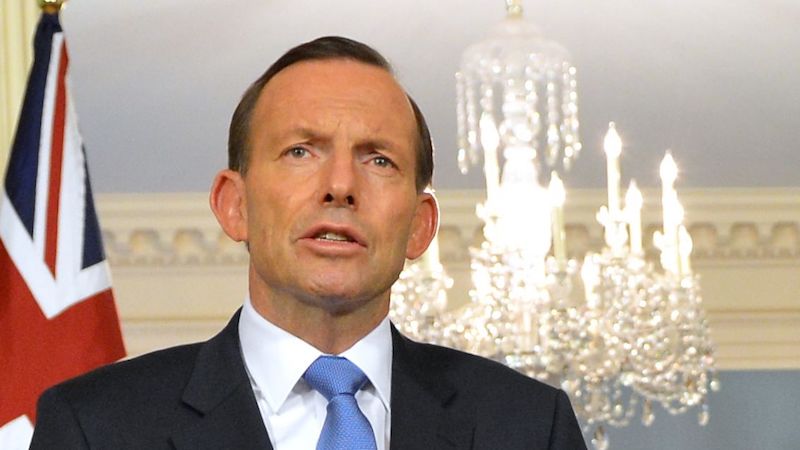 Former Australia prime minister and government backbencher Tony Abbott is set to give the annual lecture to a London-based climate sceptic group.

Abbott will give his speech, entitled ‘Daring to Doubt’, to the London-based Global Warming Policy Foundation (GWPF) on 9 October.

The GWPF is led by former UK chancellor Nigel Lawson, who recently incorrectly told the BBC the global temperature had “slightly declined” in the past decade. The BBC was heavily criticised for allowing Lawson to make factually inaccurate assertions unchallenged.

Abbott becomes the second Australian prime minister to be hosted by the GWPF. In 2013, John Howard – Abbott’s old boss and political mentor – delivered the annual address.

In his speech, called ‘One Religion is Enough’, Howard also incorrectly claimed global warming had stalled and expressed deep scepticism about the possibility of an international agreement on climate change. Two years later, the Paris climate treaty was struck.

Under Abbott’s leadership, Australia became something of a pariah on the issue of climate change. His government was known for its pro-coal and anti-climate action policies. Abbott infamously referred to climate science as “bullshit” and said coal was “good for humanity”.

The speech Abbott gives in London in October will be notable for its domestic political overtones. Abbott was deposed by his party colleague Malcolm Turnbull in 2015 and has mounted a campaign from the backbench to destabilise the leader. Climate change is a hugely volatile political issue in Australia and Abbott has successfully used the issue in the past to neuter political rivals, including Turnbull.