Comment: After notifying the UN that he intends to leave the Paris climate deal, the prospect of Donald Trump doing so seems increasingly uncertain 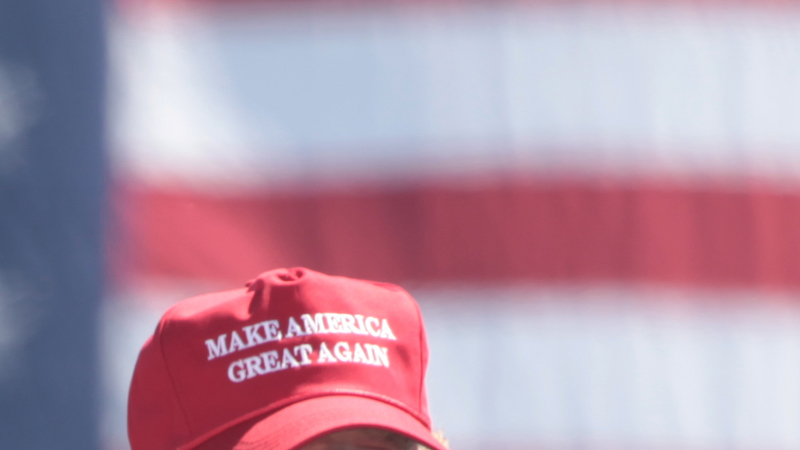 Donald Trump's has said the Paris accord is punitive and unfair to the US, despite the deal being voluntary (Photo: Gage Skidmore)

After a week during which the Trump White House spent daring a nuclear-armed Pyongyang to strike, the future of civilisation feels like an even more immediate concern than usual.

But amid the bellicose rumblings, Trump was also continuing his political dance with humankind’s common enemy – climate change.

A week ago, ambassador Nikki Haley issued a notice to the UN secretary general affirming Trump’s previous public statements that he intends to leave the Paris climate agreement. Yet at the end of a week that revealed more than any so far about Donald Trump’s thinking on climate change, the prospect of him actually leaving the Paris deal seems to be becoming more uncertain.

An advisory from secretary of state Rex Tillerson, leaked to Reuters, outlined to US diplomats the administration’s desired framing of responses to questions regarding Trump’s stance on Paris.

Such an FAQ was needed because, like all of Trump administration’s statements about Paris, the Haley letter left many questions unanswered.

Notably, the Tillerson memo makes clear that the US is not seeking to rewrite the Paris Agreement, nor is it seeking a new climate deal.

“Rather, the Administration is considering options for potential re-engagement in the Paris Agreement under different terms,” it reads.

This is not news. During the speech in the Rose Garden in June in which he announced his intention to leave the Paris deal, Trump was clear that he would be open to “renegotiating” and rejoining. Tillerson’s note certainly presents the issue as one that continues to be open-ended (although the secretary’s publicly-stated preference for the US to remain in the accord may have influenced the way he represents the president’s position).

Under the Paris deal, no country can formally give notice they will leave until late 2019, with the withdrawal to take effect a year later. Because of this, Trump’s announcements last month and last week are no more than political manoeuvring. Nothing he says now – not even his “diplomatic note” to the UN – has any consequence regarding the US’ continuing membership of the climate accord it adopted in 2015 along with almost 200 other countries and formally joined in 2016.

Trump’s statements about Paris seem nonsensical when you hold them up against the reality of the agreement. The speech in June set the tone. The Paris deal had turned the US into a laughing stock. It was “draconian” and unfairly allowed other nations to do nothing while US workers were penalised, he said. It was a bad deal.

But how can the non-binding, voluntarily submitted commitments each country makes be draconian? His statement only make sense when you consider that the Rose Garden speech, his quibbling about climate policy at international summits, the letter to the UN and, of course, his tweets, are all addressed to the coalition of voters who elected him in November.

By misrepresenting the Paris deal, Trump is simply reflecting the worst suspicions about the agreement and the UN climate process held by a large section of the US public. By rewriting the agreement as a cat’s cradle of anti-US measures, akin to sanctions, Trump sets himself up for a popular crusade.

But what does victory for Trump look like? Walking away?

The theatre around the Paris deal has given Trump a more resounding option. Under the terms, he can lower the US’ voluntary contribution of carbon emission cuts, then announce he has ‘renegotiated’ the US’ commitments to the deal in the US’ favour. The design of the agreement makes this possible. Any country can pledge to cut, or not cut, their emissions as much as they choose.

A downgrading of the US’ already middling commitment will bring howls of rage from green groups, Europe, China and the developing world. That will only make Trump’s position stronger, fuelling his gripe that the world is aligned against the US.

Analysing the mind of this capricious president is foolhardy. But it is this reporter’s opinion that for Trump, the strongest narrative to sell to his base is that of the great deal maker, going to war against a deal that was signed by almost every country on earth, and getting everything he asked for.

Trump has already experienced the powerful impact he can have from within the agreement. His insertion of a US policy passage in the G20 leaders statement allowed a space for language, including backing for fossil fuels, that could never have otherwise appeared in such a document.

Pro-fossil language was also included in a very brief media advisory released on the same day as the UN letter last week. Its inclusion in such a short statement reflects the importance of this element in Trump’s climate policy. He wants to re-legitimise support for oil, gas, even coal, in the conversations that surround climate change. His ability to do that will be weakened if he is no longer in those conversations.

In his letter to the UN, Trump made clear that while the US remains a party to the accord his government would remain active in international climate talks, sending state department delegations to watch out for “US interests”.

In three years when the time comes to submit formal notice, Trump will have at his disposal a state department that will have weeded out the remaining Obama-era climate staff. The Tillerson memo exposed the growth of new language around this issue. Two months ago, the only official line available to diplomats was a holding line about the Administration “reviewing its policies”. In reality, no decision on Paris has been made. But now the state department has 3300 words worth of detailed advice on framing the same uncertainty. Leaving the Paris deal in 2020 would withdraw these officials from a conversation they will have mastered by then.

Decision time for Trump will come just as the primary season for the 2020 election begins to hit top gear. Whatever he chooses to do will ultimately be guided by the electoral calculus of the moment. But clearly there is a pathway being crafted that allows him to further promote his mythical deal-making powers, aid the fossil fuel industry and most importantly… win.

I’m not alone here. This week former BBC environment correspondent Richard Black – now head of the Energy & Climate Intelligence Unit – bet a bottle of brandy that the US would not have left the accord by Christmas, 2020. But will @realDonaldTrump take him up on it?