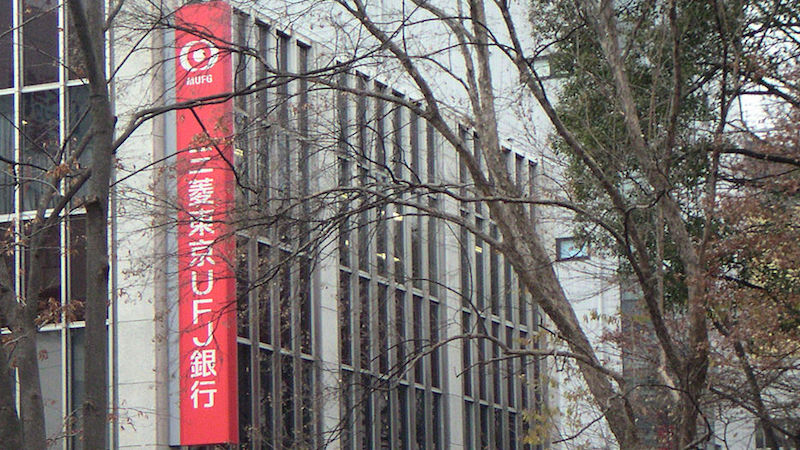 The Bank of Tokyo-Mitsubishi has been accredited by the Green Climate Fund, despite concerns raised by NGOs (Photo:っ/Commons)

Speaking to Climate Home at the end of the 17th GCF board meeting held in Songdo, South Korea, Lidy Nacpil, said private banks are increasingly dominating the fund yet they are profit driven. Nacpil is coordinator of the Asian People’s Movement on Debt and Development.

Accredited institutions help the GCF deploy funds to developing countries by assisting national institutions develop proposals and receiving funds from the GCF on their behalf.By March last year, the GCF had accredited 22 entities among them three multi-national banks – Deutsche Bank, HSBC and Credit Agricole. At its recent meeting on 6 July, the board further accredited the Bank of Tokyo Mitsubishi (BTMU), much against protest from NGOs observing the process.

“Banks tend to prioritise mitigation projects, which tend to be energy systems that intend to reduce carbon emissions,” said Nacpil. The balance between mitigation, mostly the reduction of greenhouse gas emissions through technological fixes to the energy system, and adaptation, protecting against the impacts of warming, is a key climate finance issue.

“Banks prefer proposals on energy systems for mitigation which they co-finance so that part of the funding is a loan and the rest a grant,” said Nacpil. In this way, she argued, banks make money by offering investors who want to focus on mitigation projects such as renewable energy part of the funding as loans while the GCF provides the grant.

“This will disadvantage humanitarian institutions with adaptation projects in need of a 100% grant because they will be ignored by the accredited banks in their countries,” said Nacpil.

In terms of its mandate, the GCF aims for a 50:50 funding balance between adaptation and mitigation. The secretariat of the fund did not respond to a request for comment.

BTMU, a Japanese bank, was among five other institutions the GCF accredited including the Japan International Cooperation Agency (JICA). Civil society organisations accused both BTMU and JICA for funding fossil fuel projects.

“This board meeting did a disservice to the reputation of the fund,” said Karen Orenstein, the deputy director of economic programme at Friends of the Earth USA. In what she called the worst GCF board meeting she has ever attended, Orenstein criticised the board for “not prioritising the needs of poor people but putting political agendas and egos first.”

This was after her showdown with the co-chair, Ayman Shasly, who prevented Orenstein who was representing civil society organisations (CSOs) from naming the entities whose accreditation they were challenging. This happened during the meeting which was streamed live on 6 July. Shasly also allowed CSOs to deliver their statement only after the board had approved the entities, making the views of NGOs redundant.

When Orenstein challenged Shasly about this, he said the co-chairs are allowed to use their discretion to invite NGOs to make a statement and when they should speak.

He further said he decided against the naming of the entities because it was not fair to accuse the organisations when they will not get a chance to defend themselves.

“We’re on webcast, everybody is watching,” said Shasly, adding that “we want to make sure that we’re not causing damage to a particular applicant.”

The CSO was backed by Swedish board member, Lars Roth, who was supported by his Canadian counterpart, Caroline Leclerk. Roth urged the board to provide incentives to accredited entities so that they pursue a sustainable path in their funding portfolios.