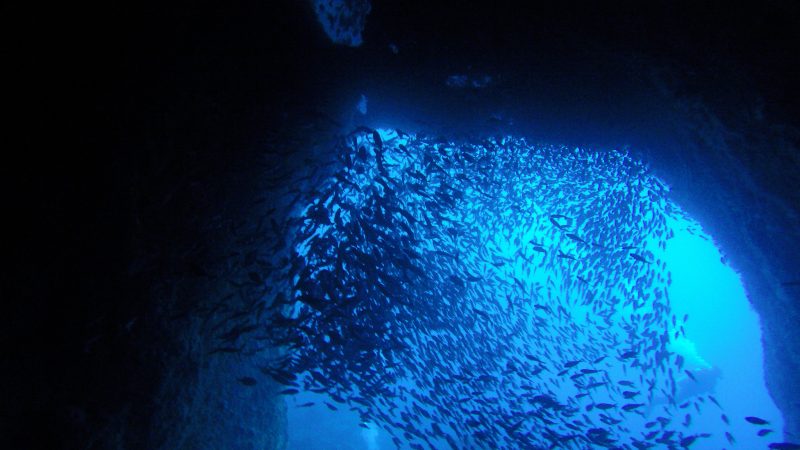 Marine reserves are helping ecosystems adapt to the impacts of global warming, as well as protecting against overfishing and pollution. That is the finding of a research review published in the journal PNAS.

Reserves also can also help to increase the long-term storage of carbon from greenhouse gas emissions, especially in coastal wetlands, which helps to reduce the rate of climate change, the study found.

The lead author, Professor Callum Roberts of the University of York, UK, said: “Many studies show that well-managed marine reserves can protect wildlife and support productive fisheries, but we wanted to explore this body of research through the lens of climate change to see whether these benefits could help ameliorate or slow its impacts.

“It was soon quite clear that they can offer the ocean ecosystem and people critical resilience benefits to rapid climate change.”

Only 3.5 % of the world’s oceans has so far been set aside for protection, with just 1.6 % given full protection from exploitation. International groups are working to raise the total to 10% by 2020.

Delegates to the International Union for the Conservation of Nature’s 2016 World Conservation Congress agreed that at least 30% of the oceans should be protected by 2030.

Scientists say marine reserves and marine protected areas (MPAs) protect coasts from sea-level rise and can help to sustain coastal wetlands, mudflats and coral reefs that can act to absorb the impact of storms and extreme weather.

They also help to offset declines in ocean and fisheries productivity caused by climate change, for example through the growing acidification of seawater and the reduction in plankton abundance.

The reserves protect key coastal systems – mangroves, salt marshes and seagrasses – creating localised reductions in carbon dioxide concentrations and water acidity. And they can provide refuges for fish as they adjust their rangesto changing conditions.

Previously published research revealed that marine reserves can promote the rapid recovery of exploited species and damaged habitats while safeguarding intact ecosystems. With fishing outlawed and other human activity limited, they can create very productive areas which allow exploited stocks and degraded habitats to recover.

These benefits are greater in large, long-established, well-managed reserves that have full protection from activities such as fishing and oil and mineral extraction. Relative isolation from damaging human activities adds further conservation benefits.

The research shows that protecting more of the ocean will also improve the outlook for environmental recovery after greenhouse gas emissions have been brought under control.

It reinforces the IUCN’s argument that the UN ocean protection target should be raised from 10% to 30% of the oceans, which will require many more large-scale MPAs and protected areas beyond national jurisdiction.

Beth O’Leary, a co-author and a research fellow at the University of York, said: “We were keenly aware that marine reserves can increase species’ abundance and help alleviate food scarcity, but our evaluation showed reserves are a viable low-tech, cost-effective adaptation strategy.”

Matt Rand of Ocean Legacy said: “This study should be proof positive to decision makers that creating effectively managed marine reserves can deliver a multitude of benefits.”