Unconfirmed reports said the president had decided to leave the Paris agreement, turning the US away from the global effort to fight climate change 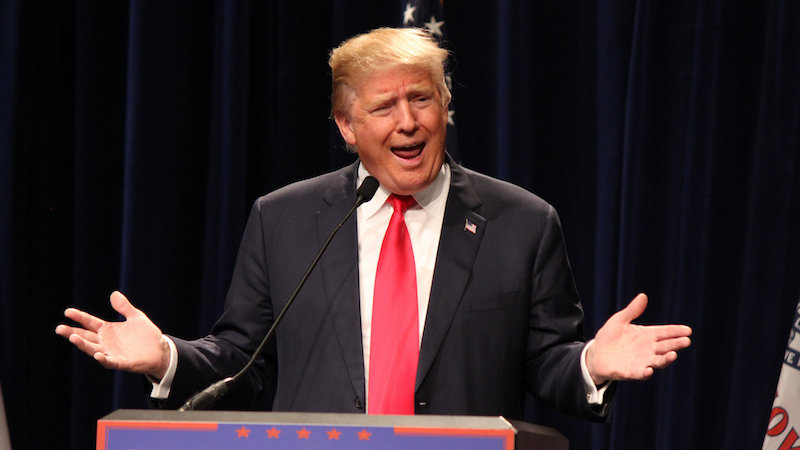 US president Donald Trump said on Wednesday he would announce his decision on the Paris Agreement on climate change in the coming days, amid a flurry of reports that he has told aides he would withdraw the US from the deal.

Unnamed sources told Axios and CBS on Wednesday that the president would end months of speculation about the US’ continuing role in the international fight to address climate change. CNN’s White House team later confirmed the reports.

White House officials told the New York Times that language of the president’s decision was not yet finalised and would be important in shaping the legal outcomes of the decision.

The leaked reports are numerous, but could also be see as part of the manoeuvring within a White House riven by leaks and infighting. The Paris accord has polarised Trump’s advisors and they may be seeking an advantage through preempting the president’s decision.

Soon after the reports came out, Trump tweeted: “I will be announcing my decision on the Paris Accord over the next few days. MAKE AMERICA GREAT AGAIN!”

No White House announcements were scheduled for Wednesday.

Trump was scheduled to meet with secretary of state Rex Tillerson, who wants the US to stay within the deal, in the afternoon. The president has been known to reverse decisions when his mind was reportedly made up, after interventions from advisors.

I will be announcing my decision on the Paris Accord over the next few days. MAKE AMERICA GREAT AGAIN!

A withdrawal would be seen as a dramatic gesture toward isolationism and a win for hard-line conservatives within the administration.

It would leave the US as one of only three nations that have not signed the deal. Nicaragua objected to the deal because it was not ambitious enough. The only other abstainer is war-torn Syria.

The withdrawal of the world’s most powerful nation from the climate process has been trailed since the day Trump was elected. There is a concern that it could have a permissive effect, which reluctant signatories might take advantage of to water down their own ambitions.

But the months leading up to the decision have been characterised by an uncommon unity around climate action, with sometimes-adversarial governments – such as China, India, the EU, France and Germany – rallying to voice their support for the Paris deal.

A US withdrawal, and the end to uncertainty around the issue, would be a more sturdy test of that solidarity.

During the Obama administration, the US provided strong diplomatic impetus that dragged many countries into the Paris accord against their will. Leaders from the EU and China are scheduled to meet later this week to talk about climate change. A Sino-European compact is one option mooted to adopt the role of leader at climate negotiations.

On Tuesday night UN secretary-general António Guterres warned of economic and security impacts for nations who rowed back their commitments to action on climate change.

“The sustainability train has left the station. Get on board or get left behind,” he said. “Those who fail to bet on the green economy will be living in a grey future.”

Speaking in the wake of Trump’s reported decision to leave, the Sierra Club’s executive director Michael Brune said the US would cede its place as a leader to China and India, “which will benefit handsomely from embracing the booming clean energy economy while Trump seeks to drive our country back into the 19th century”.

The 2015 Paris deal was signed and ratified by the US under Trump’s predecessor Barack Obama and was lambasted by Trump as a job killer throughout his campaign for the White House.

But the Paris Agreement allowed all nations that signed up to choose their own targets. In reality, the Trump administration has already begun the process of rolling back the legislation that would have helped the US meet the target it had set.

JUST IN: Pres. Trump is telling people close to him the U.S. will withdraw from the Paris Agreement on climate change pic.twitter.com/XxvOOiMzUO

The most ardent opponents of the Paris accord within Trump’s inner circle have been White House chief strategist Steve Bannon and Environmental Protection Agency chief Scott Pruitt.

Axios reported that the manner of the withdrawal was still being hashed out by Trump’s advisors, which might explain the delay of a formal announcement.

The US administration has three options for pulling out of the deal. The formal UN process would take three and a half years. Or Trump could withdraw from the agreement’s parent treaty, the United Nations Framework Convention on Climate Change (the UNFCCC).

The most likely option, according to commentators, is that Trump will reframe the agreement as a formal treaty requiring a senate vote. The Republican-controlled Congress would almost certainly reject it. Although Axios said that the former two were the only ones being considered by Trump’s advisors.

Trump has been urged by world leaders, the Pope, the UN secretary general, corporate leaders and his own family to stay inside the accord. Even oil companies have argued that Trump would be better to stay within the agreement, although that’s possibly because they want to hollow it out from the inside.