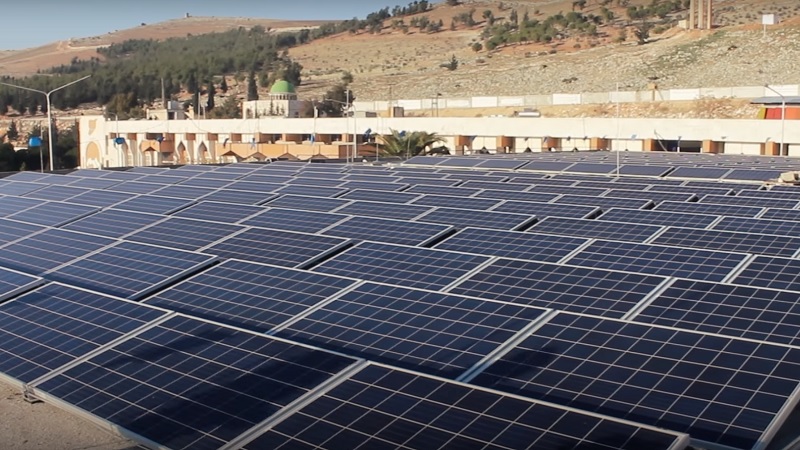 A Syrian hospital completed a solar power installation on Monday, in a bid to save lives.

The hospital, which was not named to protect staff from attacks, was exclusively relying on diesel generators after six years of conflict destroyed much of the electricity grid.

Frequent diesel shortages and price spikes was putting lives at risk, according to a statement, not least those of premature babies in the facility’s six incubators.

Medical charity UOSSM, which is behind the project, estimates that the 480 solar panels installed will save 7,000 litres of diesel a month and cut energy costs by 20-30%.

It is planning to roll out solar panels to another five hospitals.

“We believe that this type of projects brings hope,” said Tarek Makdissi, project director of UOSSM’s Syria solar initiative. “Our dream is to see every medical facility in Syria running on clean, sustainable energy.”

Anas Al Kassem, war surgeon and chairman of UOSSM-Canada, said he was “overjoyed” to see the project up and running.

“The majority of the electrical infrastructure in Syria was either bombed, dismantled or destroyed,” he said. “Many patients have died from simple power outages. The solar project was desperately needed.”