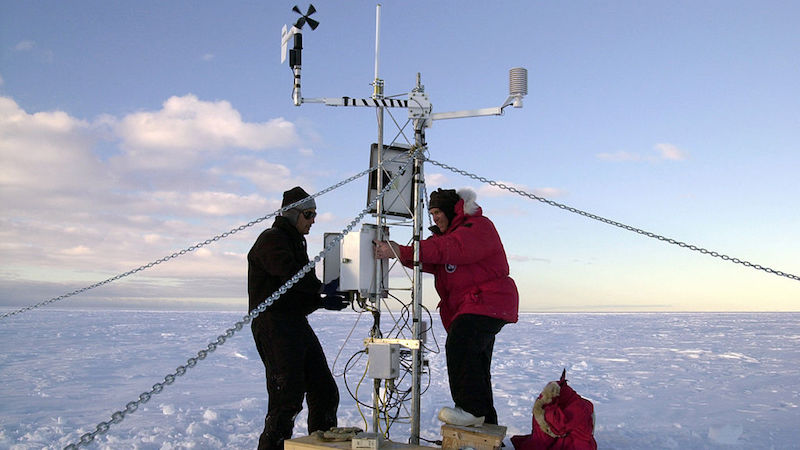 Researchers in Antarctica. The Intergovernmental Panel on Climate Change brings together the work of thousands of climate scientists from around the world. (Photo: Antarctic Photo Library, US Antarctic Programme)

Indignant countries at climate talks in Bonn have demanded that the UN climate convention continues funding the Intergovernmental Panel on Climate Change (IPCC), the world’s leading authority on climate science.

A draft 2018-19 budget from the UN Framework Convention on Climate Change (UNFCCC) proposes to eliminate its funding for the IPCC, asking countries to support the body with direct voluntary payments.

But according to several sources present at a budget discussion on Wednesday evening, countries rounded on the UN secretariat.

Shifting the onus of the funding from the core budget of the UNFCCC, which is funded by compulsory contributions from member states, to individual country donors, would allow some to free-ride.

Rarely so united at these talks, the majority of parties rejected the secretariat’s proposal.

“Parties are the supreme body of this convention, they are the secretariat,” said Bernarditas Muller, a climate advisor to the Philippines government and the Group of 77 and China negotiating bloc.

A German diplomat at the talks told Climate Home: “We made that point very clear that as these two institutions are so closely interlinked, that we would see it as a very bad signal if the UNFCCC contributions to the IPCC wouldn’t continue. And there is as far as I hear it right now a lot of support for that view.”

Asked whether there had been a pushback from countries, Nuttall said he would not characterise it as such. “More a great deal of interest to really understand our current budget,” he said.

“The UNFCCC secretariat have appreciated how much and how openly all countries are engaging on the budget discussions and we hope we can realise a successful outcome by the end of the May sessions with a view to this budget,” added Nuttall.

The IPCC has struggled for funding in recent years. In 2016, it gathered $4.3m from donor countries and various UN bodies, including the UNFCCC. In 2013, the body collected more than $7m.

Muller said science from the IPCC, which conducts periodic and comprehensive reviews of global climate science, formed the basis of the convention.

“They are independent, they are not under our control. But they provide us with scientific analysis. And we can, as parties, request them to do work. They are the ones actually, who put this issue on the political agenda of states. It’s only if you put it on the political agenda that you can get decisions and policy to address the problem,” she said.

The IPCC and UNFCCC have both been singled out by US president Donald Trump as organisations from which he wants to cut funding in upcoming budgets. The US is the biggest single funder of the UN climate process.

In its draft budget, the UNFCCC assumes the US will continue to contribute.