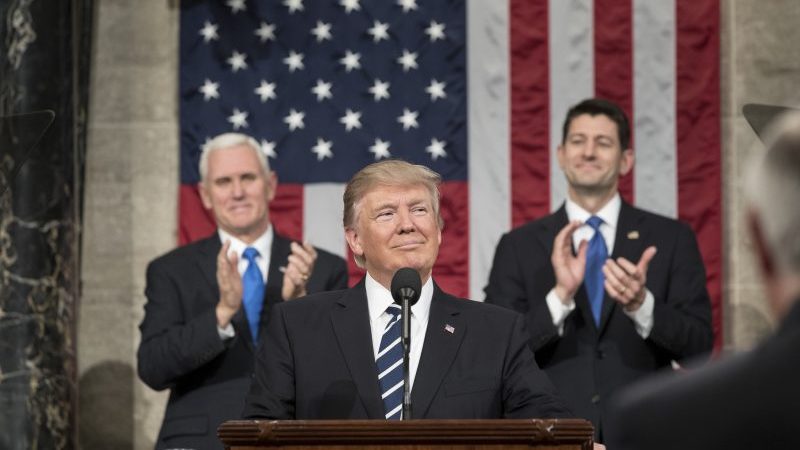 The debate around US membership of the Paris climate deal took a strange turn this week.

In their eagerness to keep Donald Trump’s administration on board, key figures stressed he had a legal right to water down the US commitment.

Former US lead negotiators Todd Stern and Susan Biniaz have been telling anyone who will listen that while the Paris Agreement encourages countries to ramp up ambition, it doesn’t prohibit moves in the other direction. They should know: they had this scenario in mind when they thrashed out the deal.

EU climate commissioner Miguel Arias Cañete gave political cover to this legal loophole when he told the Financial Times the US could “chart its own path”.

It was left to French ex-diplomat Laurence Tubiana to remind everyone of the spirit of the agreement: no backsliding.

To make my point clear.Of course US government CAN legally downsize its contribution but SHOULD Not. https://t.co/Eyko2ULgIT

This was all in response to the persistence of Trump’s anti-Paris advisers. Environment chief Scott Pruitt is reportedly arguing that to stay in the deal could give ammunition to those opposing a planned rollback of domestic climate rules.

He’s got a point. Green groups have promised to fight Trump’s coal-friendly agenda through the courts. The inconsistency between US policy and its commitment to the Paris Agreement is bound to come up.

In an extraordinary move to spike Pruitt’s argument, the Sierra Club leaked internal legal advice saying they would be unlikely to win a case against weakening the US climate pledge.

The positive to take from this protracted dispute in the White House is that its fiercest detractors take the Paris Agreement seriously. Unlike some commentators, they do not dismiss it as an empty symbolic gesture. Its political implications carry some weight.

If the price of keeping the US at the table is to give Trump a free pass on emissions, though, is it worth it? Answers on a postcard.

Amid all these contortions, the business of formulating an international climate stance has been neglected.

US negotiators will arrive at interim climate talks in Bonn next week with no clear mandate, Karl Mathiesen reports. In the absence of political direction, they can only listen and report back.

Don’t expect much enlightenment from a scheduled peer review session of US climate plans, either. In a written response to questions submitted ahead of the meeting, officials repeatedly said policies were under review – and “jobs for American workers” were the priority.

The one decisive answer regarded carbon pricing. Does the US have any plans to introduce a market mechanism to meet its 2020 emissions target? Simply: No.

With many readers publicly cancelling their NYT subscriptions – #showyourcancellation – and the editorial team doubling down, expect this one to run and run.

Kenya has shipped its first barrels of oil from the conflict-riven Turkana region. China and India were early buyers of supplies from Tullow Oil.

Political disputes are emerging over who benefits from the fledgling industry, with experts warning it could be a curse not a blessing.

Since biblical times, seasonal floods have unlocked the Nile basin’s fertility. Now, there is even more at stake, with 400 million people – and a number of hydropower dams – depending on the river’s flow.