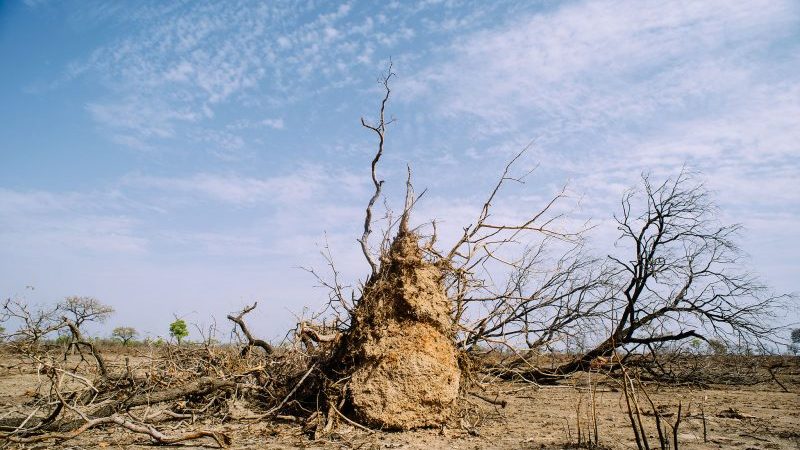 In what may be good news only for cactus, termites and drought-resistant grasses, subtropical dry areas are going to expand over large parts of the Earth as the climate warms.

This will seriously reduce the amount of land that can be used to grow crops for human consumption and prevent many deeper-rooted shrubs and trees from growing at all.

This latest finding in Nature Communications overturns received wisdom that deep-rooted woody plants would survive better in subtropical dry areas because they would be able to extract moisture from far below ground.

Scientists discovered that these deep soils dried out and stayed dry for longer periods because the moisture from the rains evaporated or was used by shallow-rooted plants before it could percolate down to the subsoil.

Groups of scientists studied vast areas of land in North and South America, Asia, Southern Africa and the Western Mediterranean basin. They found that temperate drylands reduced in size by about one-third but only because they morphed into subtropical drylands as temperature rose. Absence of frost from temperate drylands enabled subtropical plants and insects to invade them.

The paper says these impacts “could have large consequences for human wellbeing: aggressive human diseases, including dengue and schistosomiasis, as well as mound-building termites, occur in subtropical climates and could expand as temperate drylands warm, whereas cool season crops such as wheat and potato would no longer be economically viable”.

All areas, except for some parts of East Asia and North America, had fewer wet days and longer meteorological droughts. As a result, shallow soils lost on average an extra seven days’ growing season while subsoils, below 20cm, lost another 22 days.

These extra periods of drought will have a serious effect on the varieties of plants that can grow in these areas, with much existing vegetation dying off and an increase in the number of wildfires. Areas such as the Mediterranean where currently it is possible to grow wheat and potatoes in the spring before the summer heat arrives, will no longer have enough soil moisture available for growing food crops, the paper says.

Since these global drylands extend over 40% of the Earth’s surface, an increase in their size will affect millions of people who currently live in them or at their margins. The scientists say that measures need to be taken now to reduce the impact of drought in these highly populated regions, because their research shows that there will be a major shift in vegetation and the ability to grow food.

“Extended drought due to enhanced warming and rapid population growth pose major threats to the people living in the drylands,” said atmospheric scientist Jianping Huang at Lanzhou University in China. “Degradation and desertification will become a challenge to the global ecosystem and human survival in the near future.”

By the end of the century, changes in evaporation due to warming, and changes in rainfall patterns, will mean an extension of drylands to 56% of the Earth’s surface. Apart from human welfare, the number and diversity of plant and animal species that can survive in these areas will diminish, and soil conservation and carbon storage is also likely to suffer. Increasing drylands due to global warming will reduce the soil organic carbon storage, resulting in emission of CO2 into the atmosphere.

In a paper in Nature Climate Change, Huang and colleagues report that they have discovered that drylands heat up to 44% more than humid climates. This means a lower global warming limit than 2C is required to avoid serious consequences for drylands.

He says: “Decreased maize yields and runoff, increased long-lasting drought and more favourable conditions for malaria transmission are greatest over drylands if the global warming were to rise from 1.5C to 2C.

“Strict management and rational utilisation of water resources, along with the restoration of soils and vegetation to reduce ecosystem vulnerability on a global scale are urgently needed to develop a global action plan to prevent future desertification and eradicate present desertification problems.”