Sea breezes have protected Mumbai from air pollution, but a new coastal road will send exhaust fumes from 200,000 cars each day drifting across the city 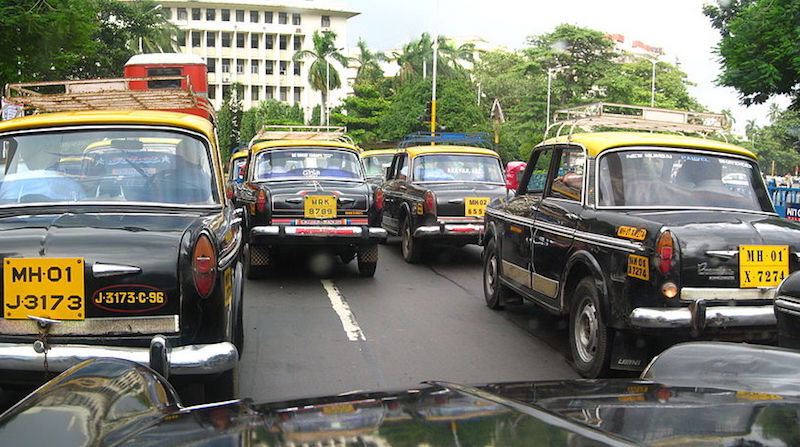 By Darryl D'Monte in Mumbai

Mumbai risks becoming India’s new air pollution problem child with construction about begin on a new $2.38bn coastal highway that will send exhaust fumes wafting across the island city and its suburbs.

If Mumbai has been spared the ignominy of New Delhi – listed by the World Health Organisation in 2014 as the most polluted city in the world, along with 13 of the 20 worst polluted figuring in India – it is due to sea breezes that cool this megacity.

The coast road and sea link could put paid to that with some 200,000 cars estimated to use the route every day. Cars and taxis crossed the one million mark in Mumbai in the past year. The Brihanmumbai (Greater Mumbai) Municipal Corporation (BMC) will scrap tolls on the coast road, increasing the traffic flow.

“The coast road will increase air pollution as additional traffic is placed in an area where natural wind patterns carry pollutants into the city during some seasons,” said Sumaira Abdulali of the Awaaz Foundation, a Mumbai NGO. “Mumbai is already among the most polluted cities in the world and the health of its citizens demands that all efforts are made towards reducing air pollution, not creating additional sources in locations which will worsen the problem for the entire city.”

Asked about the increase in air pollution from the road, BMC chief engineer Mohan Machiwal told Climate Home: “We have conducted an environmental impact assessment: it will be beneficial to the environment. Since traffic will move smoothly, it will save fuel and reduce the carbon footprint.”

Ashok Datar, who heads the NGO Mumbai Environmental Social Network, said the detailed project report for the road was inconsistent in projecting future traffic volumes increasing by 5% per year. Mumbai’s central business district was shifting from the south to northern suburbs, which was why 50,000 fewer cars are using the existing sea link than estimated previously.

A recent study by the Indian Institute of Technology in Mumbai found air pollution caused 80,665 premature deaths in adults over 30 in Mumbai and Delhi in 2015, twice the number in 1995. Delhi recorded more such deaths due to vehicle exhausts, among other pollutants.

Work will soon begin on the 32-km route along the west coast of Mumbai, after many false starts. It was revived seven years ago as an extension of a 4.5-km sea link that was completed in 2009, both southwards towards the central business district and northwards to the western suburbs.

In his budget speech in February 2016, municipal commissioner Ajoy Mehta said that the coast road was “one of the most prestigious projects to be undertaken by the BMC… It is proposed to resolve the traffic congestion in Mumbai in addition to providing several environmental friendly features to the city.”

Despite not receiving final environmental clearances from the federal Ministry of Environment, Forests and Climate Change, the BMC  is testing the soil along beaches as well as identifying consultants with international experience to complete the road up to Bandra, a suburb.

Environmentalists and public transport activists have made requests for a public hearing, which have been repeatedly turned down. They organised an independent people’s tribunal in October 2015, where two former municipal commissioners, scientists and experts unanimously called for the project to be scrapped.

Dr Rakesh Kumar, chief scientist of the Mumbai Center of the National Environment Engineering Research Institute, said that it would be more effective to transport commuters through multiple alternatives discussed in the tribunal report.

“Even if we spend a fraction of the money in the existing public transport system, we would have solved the problem to a greater extent,” he said. “The current neglect of public transport shows that the project is mainly to move cars and not people.

“Environmental impacts of the project have been very marginally addressed. The major issue is the impact on beaches and shores. More so, when we are looking at the climate change impacts which will comprise high/extreme events and sea level rise.”

The BMC’s own detailed project report [as it is officially known] for the road said: “Greater Mumbai’s environmental health is affected by increasing air pollution (caused by vehicular pollution and construction)…while its coastal location makes the city vulnerable to flooding and landslides, specially during the monsoon.”

According to a recent unpublished paper by R. Mani Murali from the National Institute of Oceanography, as much as 40% of Mumbai – a staggering 190 sq km – could be under water within a century.

“Going by previous studies by NIO researchers, we considered a 3 mm rise (annually) in sea levels along Mumbai’s coast. That, coupled with factors such as natural calamities and tidal changes, will result in an approximate increase of 3 metres,” Murali told the Hindustan Times newspaper.

Due to protests by environmentalists, the municipal corporation has abandoned the extension of the road from Bandra to Versova and replaced it with a sea link, 900 metres off the coast. The original alignment would have bisected some fishing villages, cutting off access to boats, and also destroy mangroves when 170 hectares of land were reclaimed.