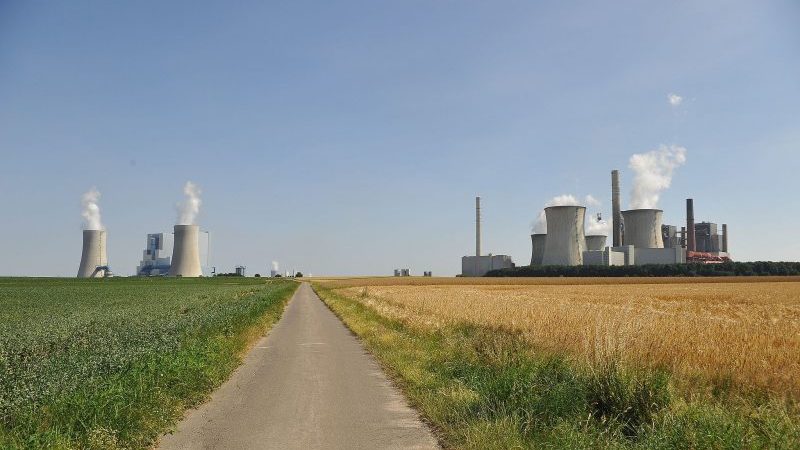 That was revealed in analysis by think-tank Sandbag of the latest EU emissions trading data, ahead of Brussels talks this week on carbon market reforms.

The figures feed a debate in Germany over the end game for the dirty fuel that still supplies 40% of its electricity. And across the EU, it raises questions about the efficacy of the emissions trading system (ETS), once viewed as the bloc’s flagship climate policy.

“It is clear that phasing out coal in favour of renewables is the quickest and cheapest way to rapidly reduce ETS emissions,” said analyst Dave Jones. “Policymakers must figure out how to make this happen. A near-zero carbon price is doing nothing to help this.” 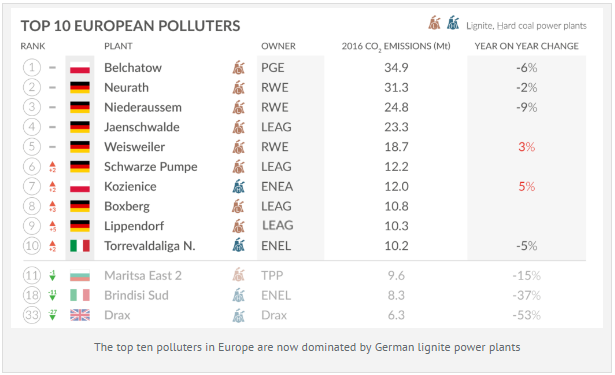 Across the bloc, power and industrial sector emissions are falling faster than the cap set by the ETS. In 2016, a surplus of pollution permits grew to exceed 3 billion tonnes of CO2 – two years’ worth of allocation.

Europe’s major institutions are entering three-way discussions on reforms to the carbon market, which will take months to conclude.

Climate advocates say none of the three are taking ambitious enough positions in line with the global warming limits agreed by world leaders at the 2015 Paris summit.

“A further strengthening of the ETS is necessary for the EU to live up to the Paris Agreement,” said Isabella Lövin, climate minister and deputy prime minister of Sweden, in a statement.

At a minimum, the final deal should include cancellation of surplus credits and a ban on the use of ETS revenues to upgrade coal plants, said Climate Action Network, a coalition of 140 groups.

They are up against a web of special interests, from Poland’s embattled coal sector to a steel lobby that argues high carbon costs will drive jobs overseas.

In Germany, the prospect of exiting coal is a subject of lively debate. After September’s general election, a commission is expected to look into diversifying the economies of mining regions.

The government has so far resisted pressure to set a phase-out schedule for coal, with groups such as Climate Analytics suggesting 2030 as an appropriate end date. That faces pushback from utilities and mining unions. Michael Vassiliadis, head of union IG BCE, said recently that after 2040 was more “realistic”.

Even with the low carbon price, uncertainty around coal’s future is influencing investment decisions. Lignite owner LEAG last week announced it was cancelling, shelving and downsizing three mine expansion plans.

This article has been corrected. £18 a tonne of CO2 is the levy Britain charges on top of the EU market price, not the total UK carbon price