In a region of Pakistan besieged by drought, and blessed with solar potential, China is funding the expansion of huge new coal projects 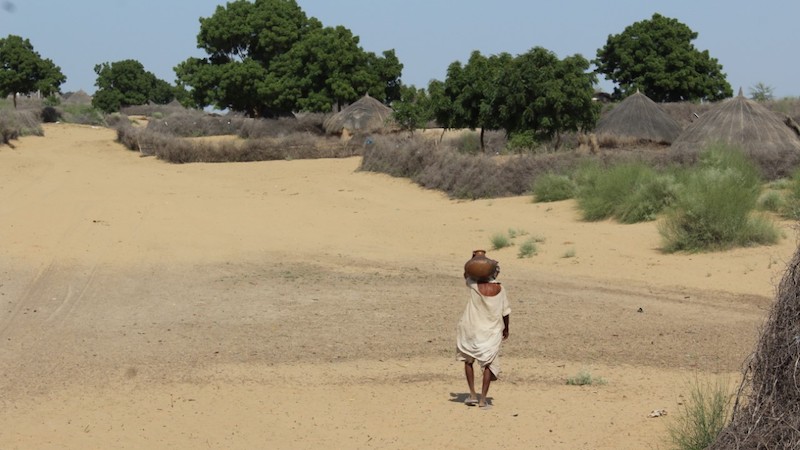 Chinese investments are speeding up new coal developments in the Thar region of Pakistan, despite local water scarcity and pollution and an abundance of solar energy potential.

The CEO of Sindh Engro Coal Mining Company (SECM), Shamsuddin Ahmad Shaikh, said on Thursday that with government and investor support – particularly from China – its coal developments in Thar are running quicker than expected.

SECM is developing a 1,320MW coal power plant in Thar which is expected to be completed by June 2019.

Also under development is the Sino-Sindh Resources Limited (SSRL)’s open pit mine, which is expected to produce 6.5m metric tonnes a year. It will reach commercial operation as early as 2018. Coal from this pit will power a 1,320MW plant, expected to be operational by 2019.

Addressing a seminar in Karachi, Shaikh said that SECM can “considerably” reduce electricity costs to 6¢ per unit once its Thar coal production reaches a capacity of 4,000MW.

The Thar region’s provincial chief minister Syed Murad Ali Shah, said the coal projects will “change the face” of Pakistan’s biggest city Karachi and Sindh, the province in which Thar is located. 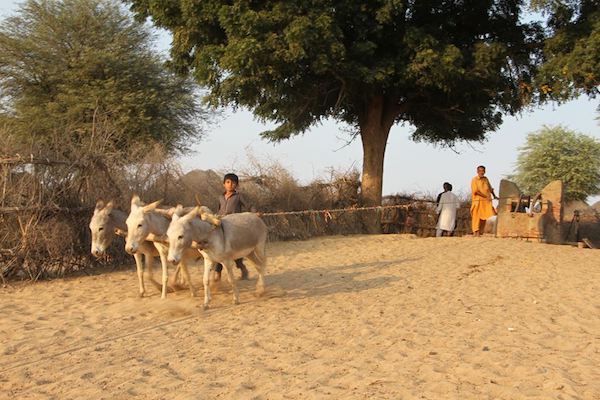 In Thar, drought means water must be hauled by mules from deep wells – or when they are too weak, people. (Photo: Aware)

The seminar was organised by the Express Media Group, land development company Rafi Group and real estate marketing company, Fast Marketing. It was the first of a series of seminars discussing the driving force behind coal development in Thar, the China-Pakistan Economic Corridor (CPEC).

A spokesperson from CPEC told Climate Home that “the coal sector in Pakistan is working very fast; mining is approved and we are expecting big changes in Pakistan.”

CPEC is an investment agreement between Pakistan and China for developing infrastructure projects. The first phase is for $46 billion in investments over 15 years. CPEC is “not only an economic corridor but it’s an endless path of prosperity and economic stability,” chief executive of Fast Marketing Asghar Goraya told Climate Home.

CPEC’s “largest portfolio is the energy sector, which is bigger in terms of allocation of funds,” said Shah.

Thar is home to one of the largest coal deposits in the world, with 175 billion tons of coal over 9,000 square kilometres. HoweverAware is campaigning for Thar coal reserves to remain in the ground.

Akbar says people are already feeling the effects of water scarcity and coal dust pollution due to mining activities. Gaining water in Thar is “a very difficult practice,” said Akbar. Animals are used to pull a rope, tied to a bucket. Sometimes the water that is left is 300ft deep, says Akbar.

Due to climate change, droughts are also gaining in intensity in Thar. During drought periods “the animals get weaker and people have to pull ropes by hand,” said Akbar.

“There are other options [in Thar] for solar energy,” Akbar said. “If the technology is there to not harm the environment, we should go for that.”

According to the National Renewable Energy Laboratory, Thar has high solar irradiance, receiving up to 5KWh per square meter a day. This is comparable to parts of the Arabian Peninsula, where solar is considered a highly favourable source of electricity.

When asked why China is investing in Thar coal instead of harvesting high solar irradiation, Akbar said: “I don’t know,” then added, “Pakistan needs banks and investors for solar projects; for them to support solar instead of coal.”

Investor confidence has been shaken by land access problems and government delays, it’s a “slow procedure” for the approval of renewables, said Farhan.

Investment “is all coal, not renewables,” said Akbar, but for the people of Thar, renewables investment is “the most urgent need.”

This article was amended. Express Tribune Media Group was changed to Express Media Group and Aware is not “Pakistan’s largest NGO as stated in the original.