If the UN shipping body does not regulate climate pollution in international waters, EU lawmakers want to include the industry in the bloc’s carbon market 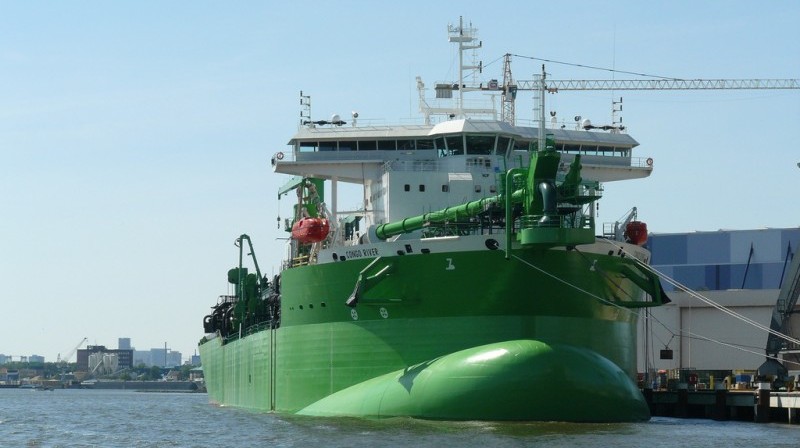 The European Parliament has lost patience with shipping industry inaction over climate change and has outlined plans to include vessels in its Emissions Trading System (ETS).

Ship owners are furious, claiming it is wrong that they will effectively be charged for carbon pollution in Europe Union waters ahead of any wider international arrangement.

But the members of the parliament in Brussels endorsed a recommendation from their own environment committee that the maritime industry should be included in the European Union’s ETS, a cap-and-trade scheme aimed at tackling global warming.

Maritime transport is estimated to produce around 1,000 million tonnes of carbon annually and is responsible for about 2.5% of global greenhouse gas emissions.

It is predicted that CO2 output will increase by between 50% and 250% by 2050, depending on future economic and energy developments.

“This is not compatible with the internationally-agreed goal of keeping global temperature increase to below 2°C compared to pre-industrial levels, which requires worldwide emissions to be at least halved from 1990 levels by 2050,” the European Commission explains.

The decision by the European Parliament involved one key amendment to the proposal put forward by its environment committee: the scheme will only start to include shipping from 2023 if there has been no comparative action taken by the International Maritime Organisation (IMO).

But this concession has done nothing to assuage the anger of the shipping industry.

Simon Bennett, director of policy and external relations at the International Chamber of Shipping, says: “This vote for a unilateral, regional measure simply risks polarising debate among IMO Member States, which have already agreed to develop a strategy for reducing shipping’s CO2 emissions in line with the goals of the 2015 Paris Agreement on climate change.

“The vote completely ignores the real progress that has already been made by IMO – which, under the Kyoto Protocol, to which EU Member States are signatory, has a mandate to address CO2 emissions from international shipping.”

But the Transport & Environment (T&E) pressure group says the IMO – a United Nations body that overseas shipping regulation – has a bad track record of failing to act quickly.

Bill Hemmings, aviation and shipping policy director at T&E, says: “This cross-party [European parliament] proposal will end the anomaly of shipping being the only sector in Europe not contributing to the 2030 emissions reduction targets.

“EU governments must follow Parliament’s lead and agree that ship CO2 emissions must go in the EU ETS if the IMO does not act. The benefits to our climate through less warming and to our industry and economy through lower fuel costs cannot be ignored.” .

Critics complain that the IMO was told to introduce measures to cut shipping CO2emissions as long ago as the Kyoto Treaty of 1997, but has failed to act.

The IMO insists that it has been working hard and has introduced an Energy Efficiency Design Index to help build less fuel-hungry ships and plans for a 0.5% limit on sulphur content of fuel from 2020. The latter measure was also fiercely opposed by some sections of the industry.

The irony is that the ETS has not worked well so far, leaving the price of carbon much lower than expected due to the heavy number of exemptions given to other land-based polluting industries already covered by the scheme.

Ships tend to burn the dirtiest fuel oils, but they are a very carbon-efficient form of transport compared to road or air because of the heavy volumes they can carry.

Global temperature rise has been seen most graphically in the Arctic, where sea ice is melting at an unprecedented rate. And many in the shipping industry see this as an opportunity to open quicker summer routes from East to West that were blocked in the past by year-round ice.

The need to find solutions to dirty fuel has led ship owners to experiment with liquefied natural gas, and with new technological solutions.

Among the solutions offered up has been the Lynx Separator, which uses a giant spinning steel sponge to clean exhaust emissions.