India subsidises electricity for the rich while millions lack access

While over 20% of India’s population has no access to electricity, the richest 40% of the population gets highly subsidised power 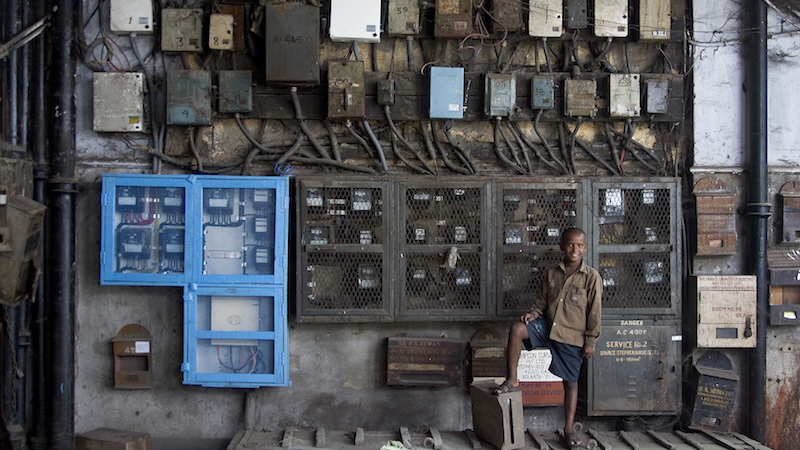 Along with coal mining, electricity is regulated by the state in India and subsidised. Electricity tariffs are kept deliberately low for poor households.

Unfortunately much of this electricity is allocated in such a way that business and industrial consumers as well as the richest users in the domestic sector benefit rather than the poorest.

The residential electricity sector accounts for nearly a quarter of India’s total electricity consumption. It has been estimated that as much as 87% of electricity subsidy payments go to households “above the poverty line” instead of to the poor. According to the World Bank, the nationally designated poverty threshold as of October 2015 is US$1.90 per day, measured in terms of purchasing power parity.

Studies made using data provided by the government’s National Sample Survey Organisation (NSSO) have shown that over half of subsidy payments are directed to the richest two-fifths of India’s households (see chart below).

According to the World Bank, 21.3% of India’s population did not have access to electricity in 2011-15. These, the poorest, do not receive any benefit of electricity subsidies at all. India hopes to achieve total electrification in all regions of the country by 2017. 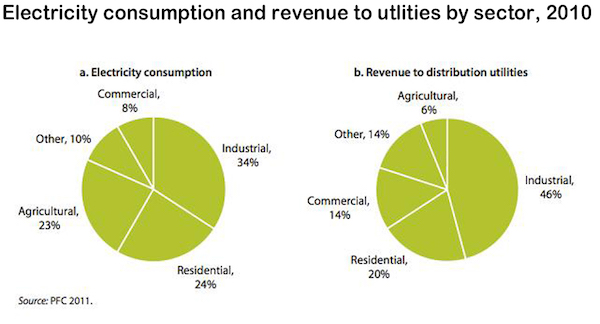 Under the Rajiv Gandhi Grameen Vidyutikaran Yojana (RGGVY), a rural electrification scheme launched in 2005 and named after India’s former prime minister, households below the poverty line are supposed to receive free electricity connections. The total estimated cost of the scheme was INR16,000 crore (US$2.4 billion). The scheme also laid special emphasis on the sustainability of electricity supply through collection of the cost of electricity from the beneficiaries.

To achieve this, it was proposed that NGOs and consumer associations be deployed as franchisees. The state governments would be free to provide targeted subsidies to poor households while the union government offered implementation and management expertise. Unfortunately, since a significant number of farm connections remain unmetered, quantifying the benefits of the electricity subsidy is a difficult task.

The provision of free electricity led to other undesirable results, such as undue pressure on fossil fuel supplies because of overconsumption. In the last few years, 75-80% of electricity generated in India has been from fossil fuels, mainly coal. Free electricity has contributed to overuse of groundwater, especially in the agriculturally prosperous parts of northern and western India — Punjab, Haryana, western Uttar Pradesh, Gujarat and Maharashtra. 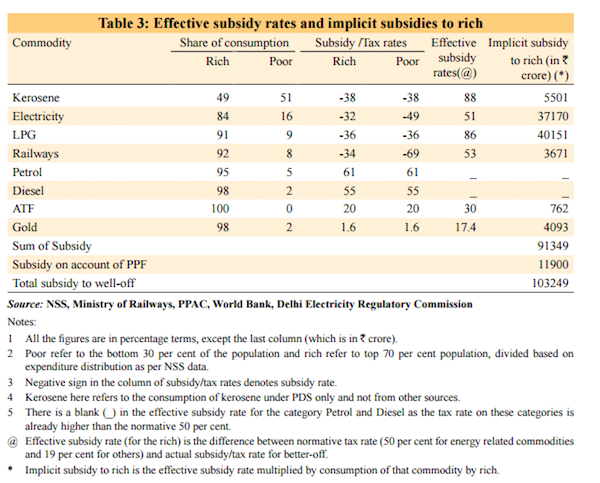 In 2010, residential subsidies were INR 22,012 crore (US$3.3 billion) which was 0.4% of the country’s GDP that year. Even in states where residential electricity subsidies are funded by cross-subsidies from sectors such as industry and commerce, they represent a significant opportunity cost for state governments and their utility companies.

The fact that subsidies do not reach their intended beneficiaries and often lead to perverse and regressive outcomes is borne out when one examines the way in which coal, oil and gas are subsidised as well.

This article was published as part of a three-part series on Third Pole.