Almost 1 million square kilometres of natural forest disappeared between the year 2000 and 2013, along with its ability to absorb carbon and reduce warming 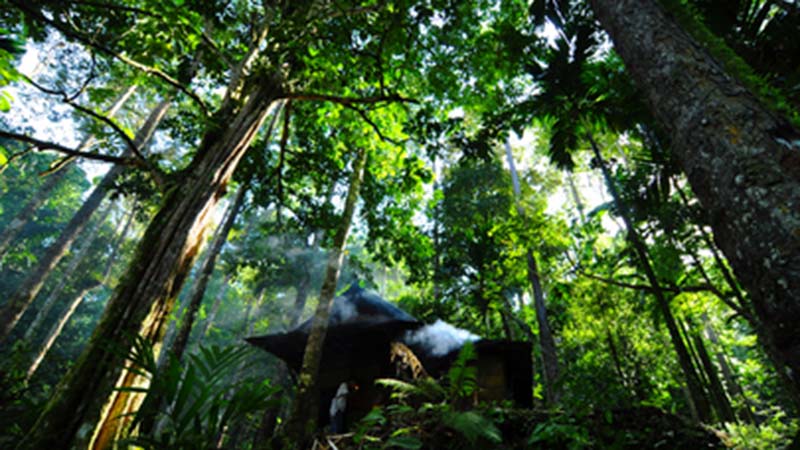 Here is how to turn a forest into a carbon-consuming machine that will help contain global warming. Leave it alone. Let it grow. Do not log it.

It will sequester only so much carbon, but there are sure to be other benefits, according to some fresh thinking by a distinguished plant ecologist.

And is the world listening? Probably not. The planet’s stock of natural wild woodland – the technical term is intact forest landscape – which protects biodiversity, stores carbon and manages the water supply, is dwindling.

A new study calculates that the area of intact forest landscape shrank over the first 13 years of this century by almost 1 million square kilometres, and the rate of loss has accelerated dramatically in the most recent three years.

Research such as this is vital because, although the most visible attempts to reduce global warming and mitigate climate change depend on lowering greenhouse gas emissions from fossil fuel combustion, there is another, parallel, approach: to limit the emissions that spring from land use change, chiefly by preserving natural forests.

Christian Körner of the University of Basel in Switzerland argues in the journal Science that forest trees will sequester more atmospheric carbon than they release only while they stay alive.

Trees may grow faster in response to rising temperatures and the fertilising stimulus of more available carbon dioxide, but if the lifespan shrinks as a consequence, any gain will be shortlived.

So commercial plantations are not the answer. He and colleagues at Basel have already demonstrated that mature forests are intricate vegetable co-operatives that have devised intricate ways of sharing resources and managing nutrients.

“The most effective way to enhance forest carbon storage,” Professor Körner writes, “is to prevent logging old-growth forests and to extend the forested land area. Once these new forests reach their storage capacity, they will not sequester additional carbon, irrespective of how fast trees grow and turn over carbon.”

So to contain global warming, natural forests must be protected. But forest is being lost: burned, felled, or cleared for farmland or mineral extraction.

Scientists from the US, Russia, Germany and Canada report in Science Advancesthat they used satellite data to monitor changes from 2000 to 2013 in intact forest landscape.

They define this as “a seamless mosaic of forests and associated natural treeless ecosystems that exhibit no remotely detected signs of human activity or habitat fragmentation and are large enough to maintain all native biological diversity, including viable populations of wide-ranging species”.

And they found that these landscapes dwindled by 919,000 square kilometres over the first 13 years of this century. Altogether, at the beginning of the century, 65 countries could boast these intact forest landscapes.

And, the scientists warn, if this rate of loss continues, Paraguay, Laos, Cambodia and Equatorial Guinea will lose all their intact forest landscapes within the next 20 years.

Logging was the principal agency of loss, and farming expansion came second. Palm oil plantation accounted for just 0.2% of the total loss. Fires linked to human action accounted for 21%. In Australia, 64% of loss could be linked to gold and other mineral exploitation.

The authors warn that the density of stored carbon in tropical climates was far greater in these intact forest landscapes than in the rest of the forest zone.

But these same intact landscapes can be “reduced very rapidly, in a matter of months and years, by increased fragmentation and access, even without changes in tree canopy cover.

“On the other hand, intactness is hard to gain, at least within a short time span. That is why intact landscapes should be treated as having high (or even the highest) conservation value.”