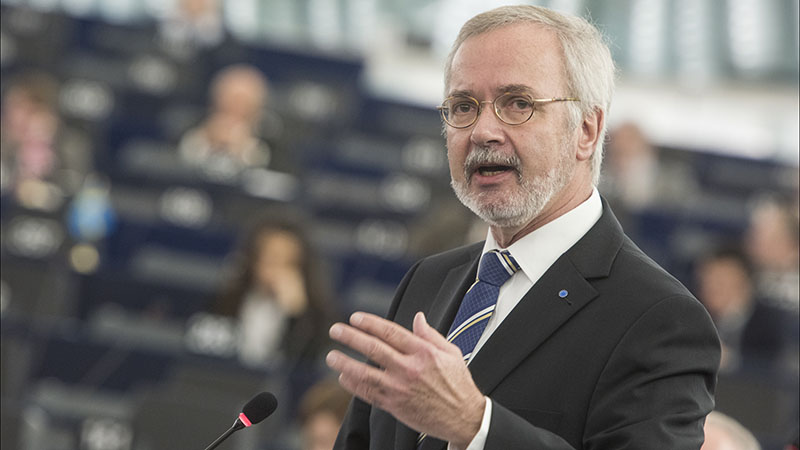 In 2016 the European Investment Bank (EIB) lent the UK just over £6 billion for clean energy projects, but as a Brexit with the EU nears that cash is now in doubt.

Werner Hoyer, president of the ‘EU’s bank’, said its links with the UK would be in “limbo” once talks start on the country’s exit from the 28-country bloc later this year.

“We would be missed in the UK if we had to reduce our business there or disappear completely,” he said at a Brussels press conference, contemplating the departure of a country that holds 16% of the bank’s shares.

The UK may yet remain a member of the EIB, said Hoyer, but this will likely be a topic for a mooted two years of Brexit negotiations. This week ministers halted the sale of the country’s Green Investment Bank, pending a review.

A lack of policy certainty from policymakers in London has hit the country’s clean energy sector, although prime minister Theresa May has slated it as a key part of her new industrial strategy.

Regionally Hoyer said the bank would meet its target of spending just over £17 billion a year on climate related issues by 2020, part of a global shift in resources from development banks.

“We, Europeans, must lead the free world against climate skeptics,” he said.