Rising temperatures will lead to massive crop losses in the US, which will increase prices and cause problems for developing countries, says international study 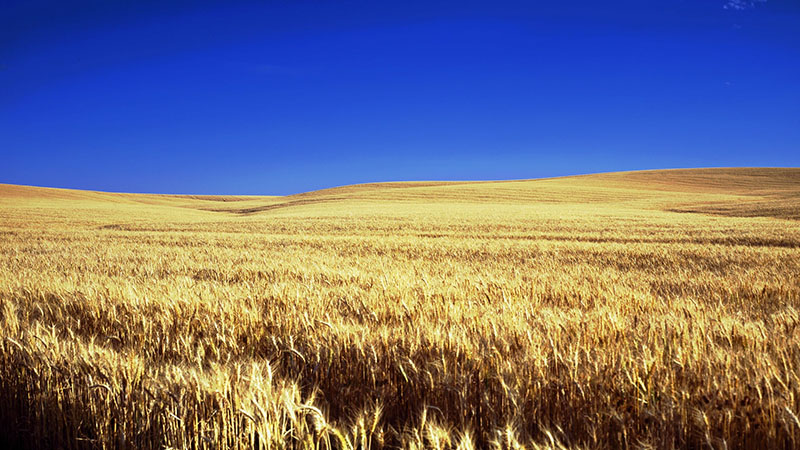 Harvests in the United States are liable to shrink by between a fifth and a half of their present size because of rising temperatures, an international scientific team has found.

They say wheat, maize (known also as corn) and soya are all likely to suffer substantial damage by the end of the century. And while increased irrigation could help to protect them against the growing heat, that will be an option only in regions with enough water.

Their report, published in the journal Nature Communications, says the effects of a warming atmosphere will extend far beyond the US. But as it is one of the largest crop exporters, world market crop prices may increase, causing problems for poor countries.

The lead author of the study is Bernhard Schauberger, from the Potsdam Institute for Climate Impact Research, Germany. He says: “We know from observations that high temperatures can harm crops, but now we have a much better understanding of the processes.”

The team compiled what they say was an unprecedentedly comprehensive set of computer simulations of US crop yields. The simulations were shown to reproduce the observed strong reduction in past crop yields induced by high temperatures.

Because it will be impossible to alleviate harvest losses in water-short regions through irrigation, the authors say that eventually the only way to keep the losses in check will be through limiting global warming – in other words, reducing the emissions of greenhouse gases caused by human use of fossil fuels.

For every single day the temperature remains above 30°C, they find, maize and soya plants can lose about 5% of their harvest. But that is only the start. The simulations performed in the study show how quite small heat increases beyond this threshold can result in “abrupt and substantial yield losses”.

Without efficient emission reductions, they report, harvest losses from higher temperatures of 20% for wheat, 40% for soya and almost 50% for maize can be expected by the end of this century. Extremely high temperatures, above 36°C, are expected to lower yields still further.

The fact that increased heat in the atmosphere can damage crops has been well established since the dawn of agriculture. Scientists know that there is a delicate balance between potential gains and losses under a warmer climate.

They know too that grain yields in Europe could also fall by 20% – not by 2100, but half a century earlier. The precarious plight of some of the world’s most fertile soils has reinforced concerns about future harvests, whatever the damage caused by the climate.

And, again from the Potsdam Institute, there was a recent warning about the impacts of climate change on crop yields and therefore on consumers, not least in developing countries.

But Schauberger and his colleagues have broken new ground with their study. It explains that nowhere on Earth, not even a country as powerful as the US, can expect to ride out the climate storm that is brewing.

It shows the scale and pace of the havoc that is already unfolding in many places, and the risk of “abrupt and substantial” harvest losses. And it leaves no doubt of the probable impact on international trade in a hungry and more populous world.