Scientists mystified by a sudden fall in sea ice around Antarctica, but said there was no evidence it was related to global warming 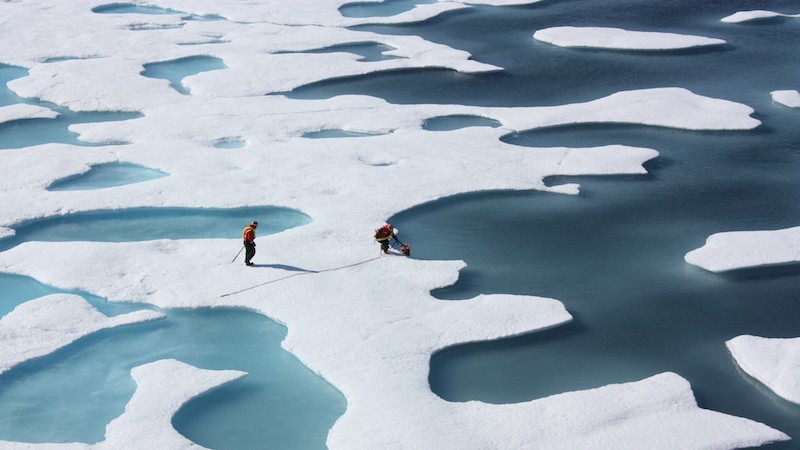 There is now less sea ice covering the planet than ever recorded before.

In September 2016, the global sea ice area swerved wildly away from the paths plotted by in previous year since satellite measurement began in 1978. By mid-January, the ice was lower than ever recorded.

The milestone was reported by the Arctic Sea Ice Blog using data from the US government’s National Snow and Ice Data Centre.

Scientists at Nasa and the British Antarctic Survey reviewed the graph and confirmed that the findings were in line with their own observations. 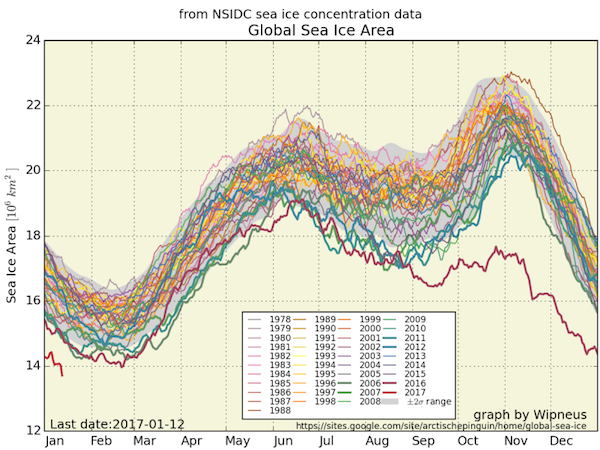 This year’s anomaly occurred because for the first time since measurement began, very low Arctic ice has coincided with very low Antarctic ice.

In the Arctic, where the surface temperature has increased more than anywhere else on earth, sea ice levels have been almost continuously dropping. This winter has been another exceptionally poor one for the annual refreezing. 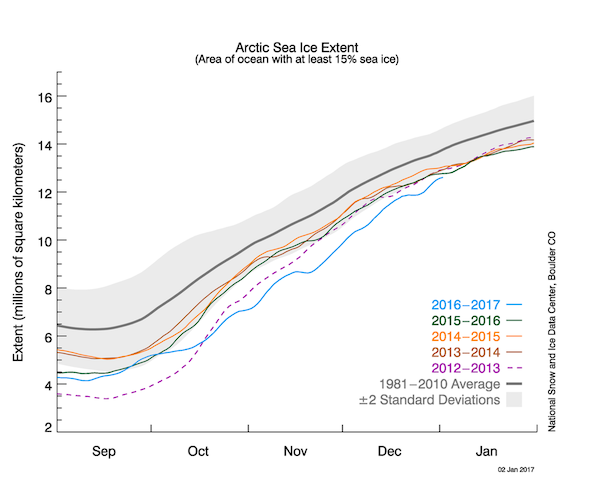 In the Antarctic, sea ice coverage has actually been increasing since records began – despite predictions that it would decline in a warming climate. This trend was broken in 2016 in emphatic fashion. But scientists have warned against attributing this to climate change.

“[Antarctica is] probably the worst place on earth to look for a signal of increasing greenhouse gases, because natural variability is so large there,” said professor John Turner from the British Antarctic Survey. “People have said to me ‘is this global warming suddenly kicking in?’ I don’t think there’s any evidence of that.”

Turner said there was a “real danger in making assumptions from a very short record”. After watching the Antarctic for less than forty years, he said, we cannot have witnessed all of its natural variations. “We have to be aware of the surprises that the system has in store for us.” 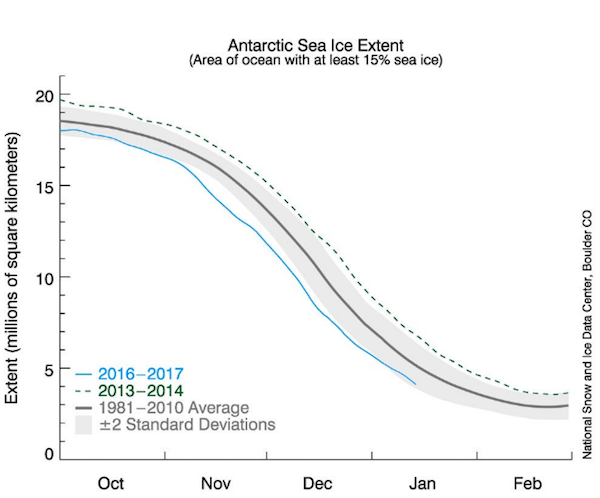 Southern sea ice is more volatile than its Arctic counterpart because it hugs the fringe of the continent and is exposed to rough, ice breaking weather. Antarctic sea ice almost completely disappears every year, making it much thinner and more fragile than thick Arctic ice that can last for years.

Variability makes it harder to understand trends. No-one yet understands why ice around Antarctica has been stubbornly growing. There have been a number of theories put forward, including the cooling influence of the ozone hole. But in light of this year’s switcheroo, “all those speculations need to be reconsidered”, said Parkinson.

We do know what caused the major decline in 2016 – a slackening of the winds that govern the Southern Ocean weather. This sent down warmer northerly winds, that buffeted and melted the sea ice. This effect was particularly dramatic in November.

But the underlying mechanics of the climate that are changing the Antarctic’s ice remain mysterious and the search for human fingerprints has proved elusive.

This highlights a weakness in combining Arctic and Antarctic sea ice into one measure and then trying to draw conclusions about global warming, said Turner.

“It’s a very unnatural thing to do, to add together Arctic and Antarctic sea ice, because they really are not connected in any way and they will come in and out of phase.” It is mere coincidence that in 2016 the two combined to such dramatic effect, he said.