Why is the UK selling its flagship climate bank? 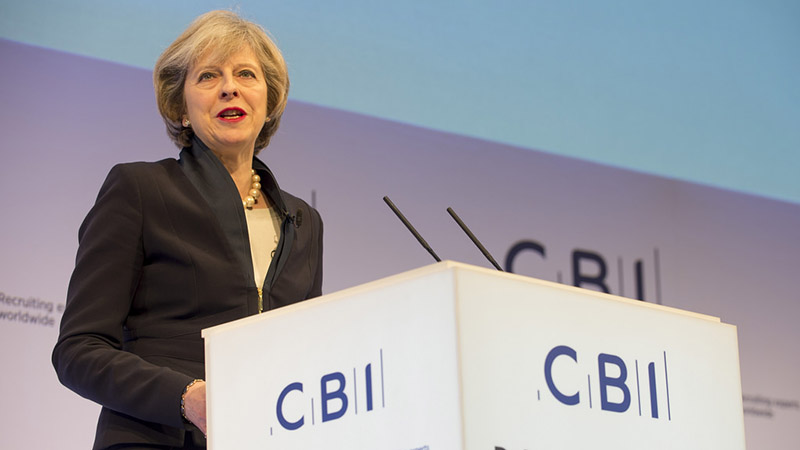 Launched in 2012, the Green Investment Bank was one of the jewels in the crown of UK climate change policy, a signal of the government’s commitment to the low carbon sector.

In many ways it epitomised the British approach to boosting clean energy: seed capital from the public sector leveraging the massive firepower of London’s financial sector.

Its goal was simple. Ministers wanted the bank to use relatively small amounts of public funds to reduce the investment risks in new energy technologies for the private sector.

This, they hoped, would boost confidence among clean energy investors, making it easier to secure capital for offshore wind farms and domestic energy efficiency schemes.

Former PM David Cameron labelled it a “world leading institution” in 2015 and said it ensured the UK would stay “at the forefront of the next generation of energy infrastructure”.

But for a government committed to reducing its multi-billion pound deficit, the GIB was a low hanging fruit too easy to resist, and in 2015 it was put up for sale with a £2 billion price tag.

One city analyst who knows the GIB well described the sell-off as a “minor tragedy”, another ex-government official told Climate Home the Treasury “never liked it” and just wanted rid.

And fears are rising that despite the government’s intention to retain a “golden share” that will ensure the GIB maintains its green focus, the bank will be asset-stripped.

Reports on Sunday suggest Macquarie – known as the “vampire kangaroo” in financial circles – has already identified the GIB’s offshore wind and biomass assets as ripe pickings.

The news prompted a mini twitter-tornado from Lord Barker of Battle – a former UK climate minister and Cameron’s climate envoy from 2014-2015.

More evidence #GIB heading 4 break up! I have written directly to PM to rethink sale of this big Conservative success story #assetstripping

Climate Home understands the Australians have already started registering sub-elements of the GIB as separate companies to make it easier to dismantle.

That appears to have shocked GIB insiders who thought Macquarie – known as a major fossil fuel funder – wanted to use its acquisition to boost its renewables expertise.

“I think inside the GIB there was naïve hope that as Macquarie missed the boat on green infrastructure this was an opportunity – but the intention seems to be to flog the whole lot off,” said Ingrid Holmes, a director at the E3G think tank.

“It is ludicrous to sell off an asset that is leveraging into the UK economy many private pounds for every public pound invested.”

What disappoints many UK observers is that the bank does appear to be working, and last year turned a profit for the first time, a modest £9.9 million.

This month it is expected to close an oversubscribed £1 billion offshore wind fund deal, which has attracted a significant proportion of capital from local authority pension funds.

According to its 2016 annual report, since its launch the bank has leveraged £8.5 billion over 69 investments using £2.1 billion in capital.

Nick Molho, executive director of the Aldersgate Group – a coalition of green-minded businesses – pointed to the GIB’s investment in some complex offshore wind projects as one success story.

“The whole idea has been for the bank to co-fund green projects that are either complex or reliant on new technologies that private investors would deem too risky. The GIB’s investments can help address this market failure by attracting private sector investors to these novel green infrastructure projects,” he said.

Other highlights sector analysts point to include the GIB’s focus on efficient street lighting in Glasgow, Nottingham and London and its work with the National Health Service to cut energy consumption.

But not everyone is sorry to see the back of the bank. Ben Caldecott is an associate fellow at the centre-right think tank Bright Blue, and worked on developing the GIB while in government.

He said the bank is not delivering on its original remit, which was to lower the average cost of capital for projects and provide liquidity to the green investment market when needed.

“The GIB does not do this, as was originally envisaged, as it invests on exactly the same terms as private institutions and is severely constrained by EU State Aid rules,” he said.

Caldecott is not alone in this line of thinking. Even Holmes – a strident opponent of the sell-off – admits GIB investments have at times crowded out the private sector.

“It’s reform or die time. They have made an impact but we’re at a crossroads – it’s not just who buys it but the type of management to take the GIB to the next phase,” she said.

And with the government weeks away from revealing a new industrial strategy that will require new investments in green technologies, is it shooting itself in the foot?

One source said the energy department is frantically trying to toughen up the terms of sale with the Treasury, aware that its plans to decarbonise the economy need billions of private sector funds.

The outlook is already bleak: analysis by the Green Alliance think tank published last week suggests investments in UK renewables will fall 95% by 2020 due to cuts in government subsidies for energy infrastructure projects.

Another, “bigger issue” is also troubling the government, said Caldecott. With Brexit looming, support from the European Investment Bank (slogan: “the EU’s bank”) is in doubt. In 2015, it invested £7.8 billion in the UK, 24% in the energy sector.

If and when the bank is sold, the GIB leadership team may also reflect on their own contribution to its demise: a lack of strategy to build alliances across Westminster.

With its original backers out of Parliament (Barker, Chris Huhne) or exiled from the May government (Oliver Letwin), few politicos seem willing to stick their neck out.

Described by one close observer as an “employment scheme for middle-aged bankers”, a friendless GIB seems destined for the knackers’ yard.

“They didn’t focus enough on making friends and in the end that comes back and bites you on the bum,” said Holmes.