As drought hits crop yields and livelihoods, Kenya approves the first of a planned fleet of plants to get drinking water from the ocean 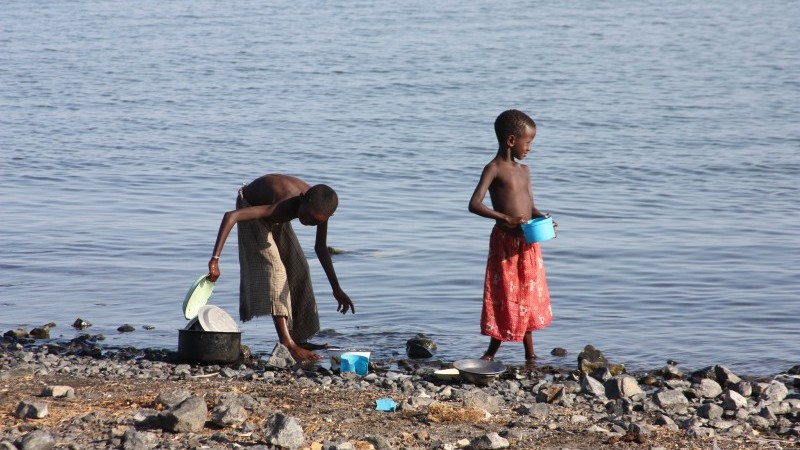 After a year of severe drought, Kenyan authorities are resorting to desalination to quench the thirst of coastal communities.

In the face of an unprecedented emergency, the technology, which is used to remove salt from the sea to produce drinkable water, is now seen as a lifeline by both national and local authorities despite its long term costs and environmental impacts.

According to the Food and Agriculture Organisation (FAO), Kenya is set to experience more dry weather in the first quarter of 2017. An estimated 1.3 million people are likely to go hungry as a result of crop failure, loss of livestock and lack of fresh water.

After what Kenyan officials describe as a “total failure” of the short rains – a brief wet season normally occurring between November and December – president Uhuru Kenyatta has given the go-ahead to the first of many desalination projects set to dot the country’s coast.

It will produce 10,000 litres of drinking water a day and serve about 3,500 people in Lamu county, which was particularly hard hit by this year’s drought.

Desalination is widely used in desert countries like the UAE and US states such as Florida and California, offering a buffer against water stress as the planet warms.

But the technology in turn contributes to other environmental impacts brought about by a changing climate, in particular on marine ecosystems. In order to produce fresh water, the machines filter the salt present in marine water and then discharge it back into the sea, which over time will become more saline and unfit for many native species populating the coastal waters.

This problem is severe in the UAE, leading to serious concerns about desalination’s economic and environmental viability. But Kenya is still new to the process and for a country whose livelihood is withering away, putting some extra salt back into the ocean is the least of its worries.

Samia Omar, a former county executive for natural resources, said that the planned desalination plant was long overdue. “Although it is possible to tap into the rivers and lakes on the mainland, it’s an expensive undertaking that will take a lot of time,” she said.

“Considering the maintenance required for desalination plants, and the cost, I think it’s not the most sustainable or benign option,” said Omar, who resigned from the local government in protest against a planned coal power plant, “but it seems to be the only available right now.”

Lamu does not have local freshwater sources such as rivers or natural wells, so its people rely on rainwater harvesting, which this year has been very poor. The water stored from past rains is by now not safe to drink.

The Famine Early Warning System Network predicts that while imports from Tanzania and Uganda will meet some needs, an increasing number of rural communities will plunge into a food crisis between January and May.

“The purchasing power of the local communities is dwindling, as the livelihoods shrink in tandem with the spreading drought,” said Mohammed Dahir, county coordinator with the National Drought Management Authority. “We considered both environmental issues and costs [of desalination], and we did not find any cause of concern among the community.”

“The plant comprises of carbon and membrane filters as core components,” explained Salim Twahir, Lamu officer for the Ministry of Water in charge of the project. “Then we have several pumps for different functions, storage facilities and water kiosks. We believe that the plant is safe for the environment, and currently turning to the ocean is currently the only way for the county to produce drinkable water.”

The plant will cost approximately 25 million Kenyan shillings (US$244,000), and it could be the first of many in Kenya.

“Human life is priceless and should be the guiding principle. Communities surrounded by masses of ocean water do not have a drop to drink,” said Dahir.