After the World Bank ducks responsibility for harm caused by botched coal mine expansion, community leaders plan to sue at human rights court in Strasbourg 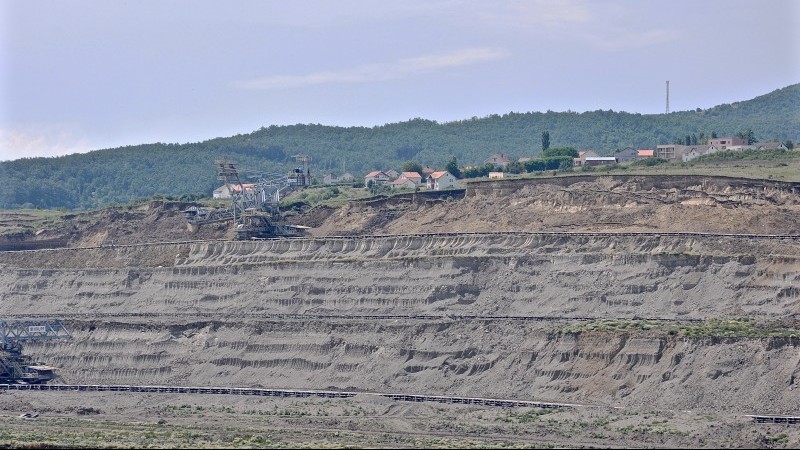 One of the villages around the edge of the Sibovc lignite mine. Photo: Karl Mathiesen

Community leaders in Kosovo say they will turn to the European Court of Human Rights after a World Bank decision failed to end 12 years of displacement caused by a coal mine expansion.

Last week the bank’s governors responded to a report from its inspection panel, which found the villagers of Hade, about half an hour outside the capital of Prishtina, have been left “in limbo” for more than a decade after successive waves of relocations broke up their community but failed to provide new housing and services.

The panel found that failures on the part of the World Bank’s operatives during the planning “contributed to significant delays experienced during resettlement. Community members remained in temporary housing for a prolonged period which caused harm by creating uncertainty about their future and disruption in their lives”.

While the bank was not involved in the initial relocation, it had helped to plan a second programme in 2012. Climate Home published a leaked copy of the panel’s findings in December.

World Bank management agreed that there had been instances of non-compliance during the resettlement process, which the bank helped to plan. But said it held the view that these “did not have significant impacts, and Management actions are being proposed to address them”.

The bank’s management also disagreed with an inspection panel observation that as a major institution during the early years of Kosovo’s independence, the bank could have stepped in during early bungled attempts to relocate the village to provide assistance and expertise.

Panel Chairman Gonzalo Castro de la Mata said: “The panel highlights the importance of considering the broader context in future interventions, given the existence of legacy issues and the harm currently experienced by many people in Kosovo. We trust that our report has contributed to an improved understanding of past and future challenges, and will therefore enable institutional learning.”

World Bank Country Director for Kosovo Ellen Goldstein said: “While no project supported by the World Bank in Kosovo caused resettlement, we want to emphasise the importance of continuing to build capacity for this young fragile country to employ more effective environmental and social practices to avoid or mitigate impacts on people and the environment. Our technical support to Kosovo has been geared towards this goal.”

Dajana Berisha, executive director of the Forum for Civic Initiatives said: “The World Bank is trying to limit its own responsibility by attributing majority of the responsibility for failing to conduct a dignified resettlement in compliance with own operational standards to the Government of Kosovo.” 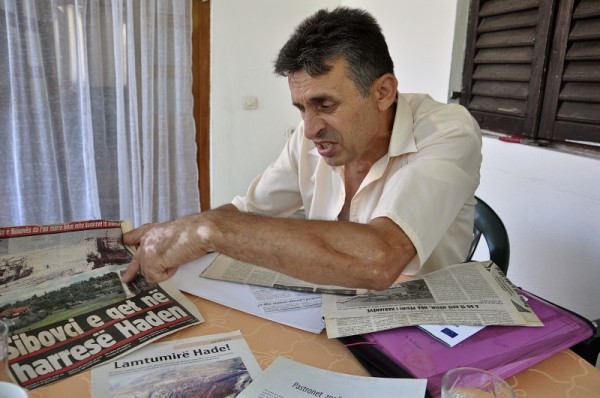 Ragip Grajcevci is one of the few remaining residents of “Old Hade”. The newspaper reads: “Sibovc puts Hade in limbo” (Photo: Karl Mathiesen)

Ragip Grajçevci, whose family still lives on the lip of the Sibovc mine, said the villagers were planning to protest outside the World Bank offices in Prishtina.

“A satisfactory response would be for the Bank to offer concrete financial means for the complete and immediate resettlement of Hade Village, and not do it in phases as that would only delay the inevitable and we will be further impoverished in the process.”

Haqif Shala, whose family lives in Hade, said the bank’s response did nothing to end their years of dislocation.

“We will proceed to follow our legal routes all the way to the Internal Court in Strasbourg because all we are asking for is our rights, as agreed upon and signed by the Government, Ministry of Environment and Spatial Planning.”

The bank is currently weighing whether or not to underwrite a new coal power plant close to Hade. Kosovo has the fifth biggest reserves of lignite on earth and a deficient and spluttering generation system. It would lead to more villages being moved to make room for further expansion of the mine.

Grajçevci said that by not offering a solution that involved proper resettlement for his village in this instance, “the bank’s intention is to ensure that the cost of building the new power plant remain low, while the residents of Hade Village are the ones suffering the consequences of this”.

In a press release, the bank undertook to “ensure that all relevant environmental and social issues are addressed as required under Bank policies, including appropriate safeguards instruments for mining-related resettlement” if the plant goes ahead.